NCT’s Hobby Is Roasting Each Other, And Here’s The Proof

NCT is a group of 21 members (and counting!) known for their unique electronic pop sound and intense choreography. They’re divided into sub-units, with some members (we’re looking at you, Mark Lee) functioning as parts of more than one unit. As expected for a boy group of this size, their programs and V Lives are loud, chaotic, and really, really fun. They host plenty of talk shows and game nights of their own as well, providing NCTzens with quality shenanigans and, most importantly, some savage burns. Here are some of the best NCT roasts that had fans crying with laughter, and generated more than a few memes as well.

We’re starting this list off strong with a zinger from their commentary video on their MV “The 7th Sense,” by sub-unit NCT U. All of the members seem to be in on this one except for poor Doyoung, and it starts as some subtle shade from Jaehyun and Mark before escalating into some full-scale savagery from Ten as the members crack up over Doyoung’s hyperactive eyebrows. (To be fair, they do seem to have a mind of their own.) But he’s not the only one who gets grilled over his brows — Mark isn’t safe from the wisecracks either, as Jaehyun quickly reminds him why his nickname is “Galmaegi,” or “seagull” in Korean: he has some pretty intense arches too!

This one is another MV commentary roast, this time from the reaction video to NCT 127’s latest comeback MV “Superhuman.” At first, they are stunned by the members’ cool appearances and awesome CGI, until Mark appears and the real roasting begins. The MV may contain robots, but it appears that Mark went a little too far with the concept as the members (including Mark himself!) start to laugh at his blank expression and stiff moves. They also brought back a classic NCT meme/roast, “overhajimark” — a play on the Korean expression for “don’t overdo it” and Mark’s name. Apparently, this isn’t the only time that he’s gone a little overboard! 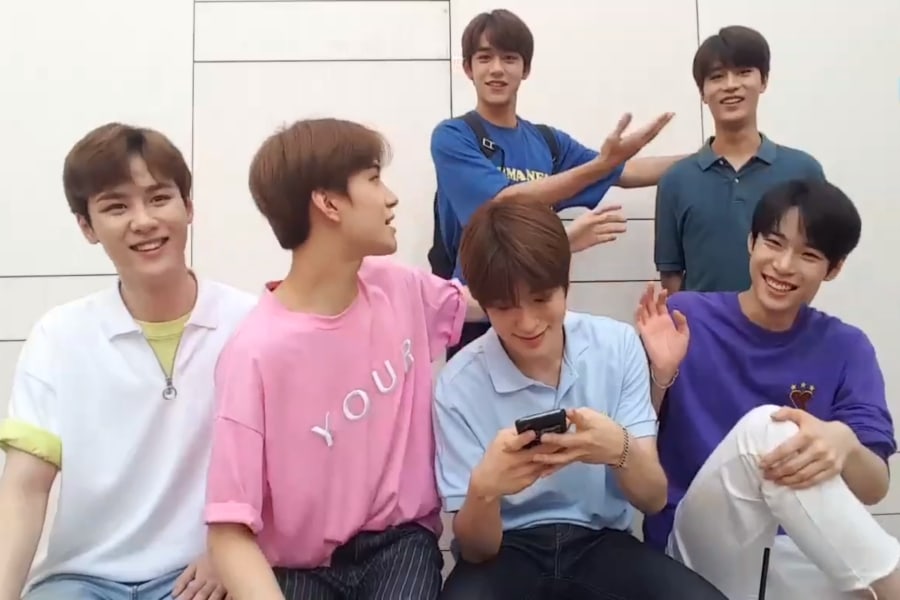 In this V Live from May of 2018, members Kun, Jungwoo, Jaehyun, and Doyoung hung out with NCTzens while discussing things like their favorite music of the moment, or the photoshoot from the previous day. Taeil couldn’t miss out on the fun and hopped into the shot to say a quick hello to the fans. This was ample time for some good-natured roasting, however, as Jungwoo and Doyoung jumped straight to clowning his polo shirt. Taeil reappeared with Lucas towards the end of the livestream, even playing along as the “golf CEO” for a little bit before he disappeared again. The life of the oldest member is never easy! 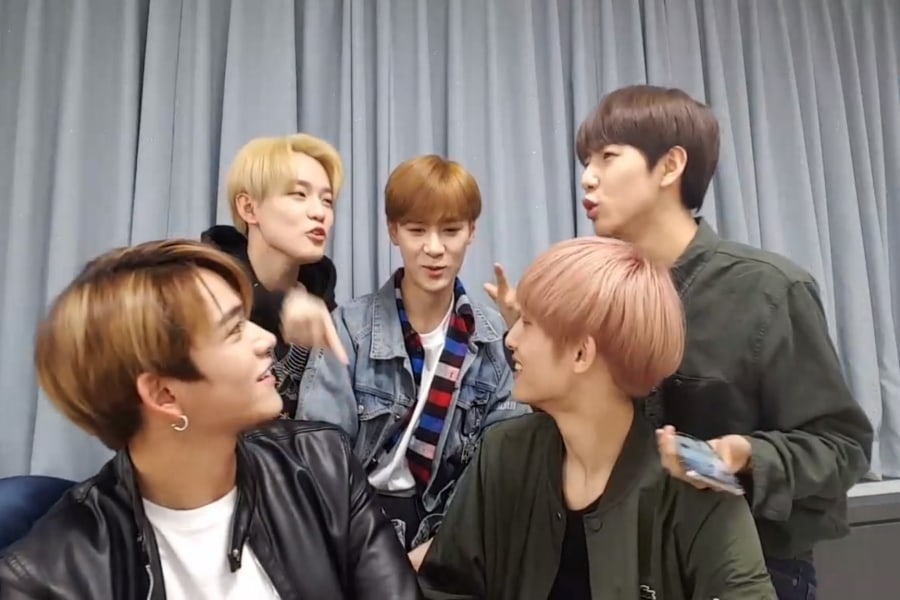 This V Live featured NCT 2018’s China line, consisting of Lucas, WinWin, Chenle, Renjun, and the eldest Chinese member Kun. (This was before WayV debuted, in case you were wondering.) Aside from being conducted almost entirely in Mandarin, this livestream is also packed with quality roasts. About 11 minutes in, a comment asks Lucas to do a tongue twister. The other members quickly hop on the challenge, but Kun messes up — and the youngest two, Chenle and Renjun, are quick to call him out on his mistake in perfect unison. The look on his face says it all!

(The tongue twisters begin around the 11-minute mark.) 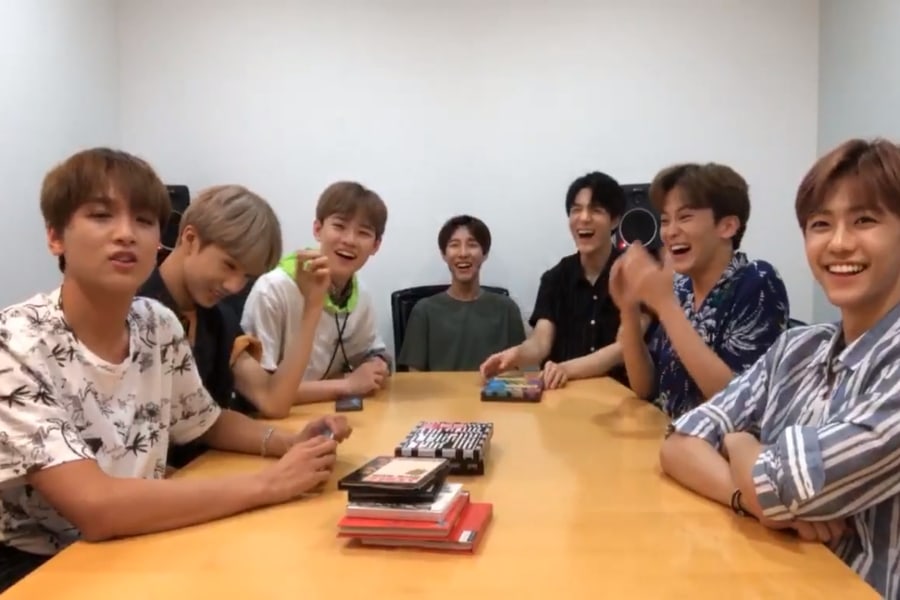 Haechan is known for his savagery, and this V Live (which was split into two) featuring NCT Dream does not disappoint. NCT’s youngest members came to introduce the “Empathy” studio album (or, as Haechan put it, rectify the older members’ “boring” V Lives.) He doesn’t hold back on the roasts, and the members crack up at his candid comments on Mark’s jokes and how their V Live turned out to be just as pointless as the previous ones he had been making fun of earlier. (A good self-burn is appreciated too!) 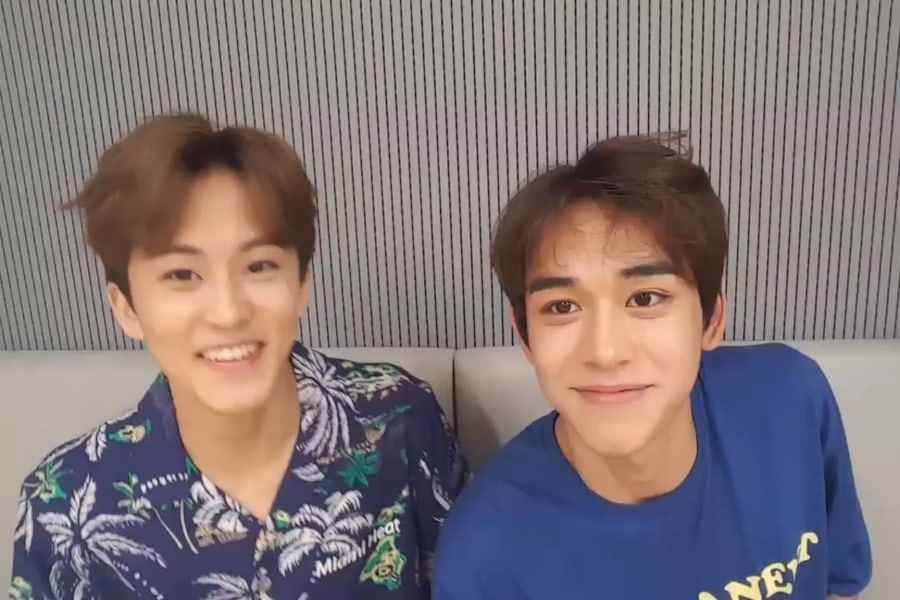 Mark is back to get roasted again in this V Live, but the shade is more subtle this time. NCT’s ’99 liners Mark and Lucas come together for this livestream, in a head-spinningly multilingual combination of English, Korean, and Chinese. Mark says that there are a lot of similarities between them, including their height (for reference, Mark is 174 centimeters or just under 5 feet 9 inches, while Lucas is a towering 183 centimeters or roughly 6 feet tall). Lucas can barely hold back his laughter but graciously lets Mark live to be roasted another day.

WayV delighted fans around the world with their debut as the members slayed in their MV for the Chinese version of “Regular.” The behind-the-scenes video gave NCTzens a chance to see the members up close and personal and watch NCT’s clowning king, Ten, strike again. He doesn’t hold back with his recreation of Hendery’s posing, and Hendery’s embarrassed laugh is just as hilarious.

(Catch Ten roasting Hendery at 1:40, and for a little bonus Kun burn courtesy of YangYang check out 2:40.)

Opening and closing with a good old-fashioned Doyoung roast — for our last NCT burn, Johnny clowns Doyoung’s pose for their “Simon Says” teaser image multiple times throughout this episode of “NCTzens Would Like This Too.” His imitations are surprisingly spot-on, much to Doyoung’s mortification, and his commitment to the bit is pretty admirable. There are some other hysterically funny roasts in this video too, so definitely watch all the way through for some classic NCT craziness.

Did we miss any of your favorite NCT moments? Tell us in the comments!

NCT
Soompi Spotlight
NCT U
NCT 127
NCT DREAM
WayV
How does this article make you feel?