FTISLAND’s Lee Hong Ki talked about using his breakup as inspiration for his lyrics.

On the July 1 episode of KBS 2TV’s “Problem Child in House,” Lee Hong Ki appeared as a guest.

The singer and cast discussed how Adele’s ex-boyfriend called and asked her for royalty fees to “Someone Like You” because it was written about their breakup.

Jung Hyung Don asked, “Don’t singers tell a lot of their stories in their songs?” and Lee Hong Ki nodded. He explained, “I didn’t get a phone call [from an ex-girlfriend], but I had a bad breakup with my girlfriend and we broke up after an argument. I wrote about it in the lyrics for a hard rock track and I wrote lyrics along the lines of, ‘Don’t tell anyone you loved me.’ But we dated again.”

He added, “It’s a song called ‘Fade Out.’ If we had a bad breakup, I wouldn’t give [my ex] the royalty fees. Even if we had an amicable breakup, isn’t it weird to ask?” 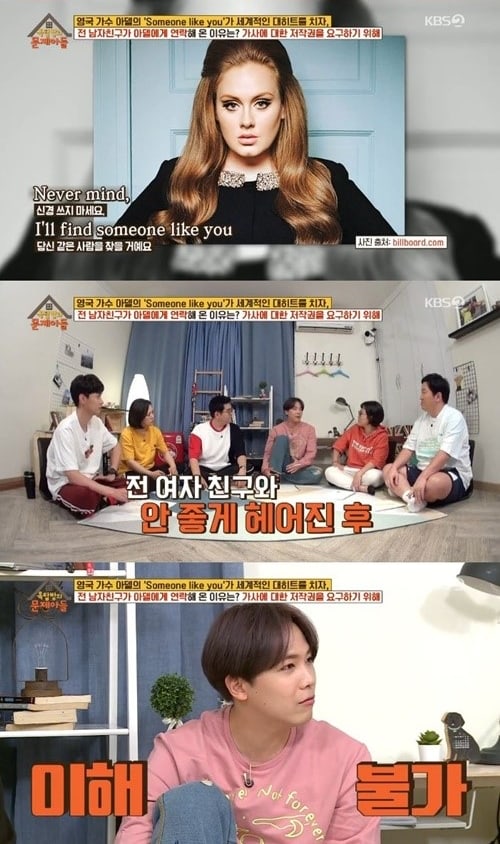 FTISLAND
Lee Hong Ki
Problem Child in House
How does this article make you feel?