GFRIEND’s Eunha Reveals How Yuju “Disappears” From Their Apartment

On the July 1 broadcast of KBS2’s “Hello Counselor,” GFRIEND’s Yuju and Eunha appeared as guests.

The members have been together for four years now, but Eunha confessed that there’s something about Yuju that she still doesn’t understand.

Eunha said, “Yuju will sometimes just disappear from the apartment. But whenever we think she’s gone, she’ll just be sleeping somewhere in a really tiny position under the covers. So we always think she’s not there.”

Eunha then showed a photo of Yuju sleeping under the covers to help explain, shocking the cast and audience. 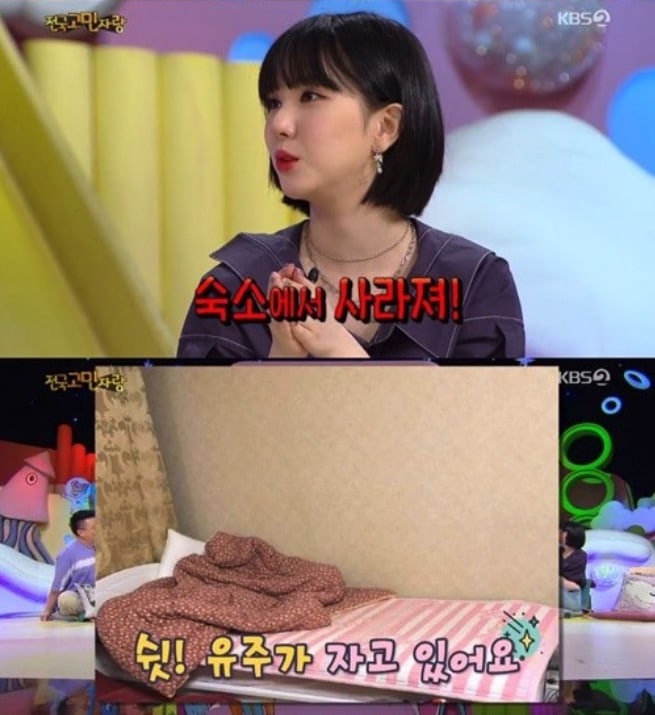 Asked how exactly she’s positioned under the covers, she explained that she has her legs crossed against the wall.

MC Kim Tae Kyun said, “Well, we’ll just have to take your word for it.” 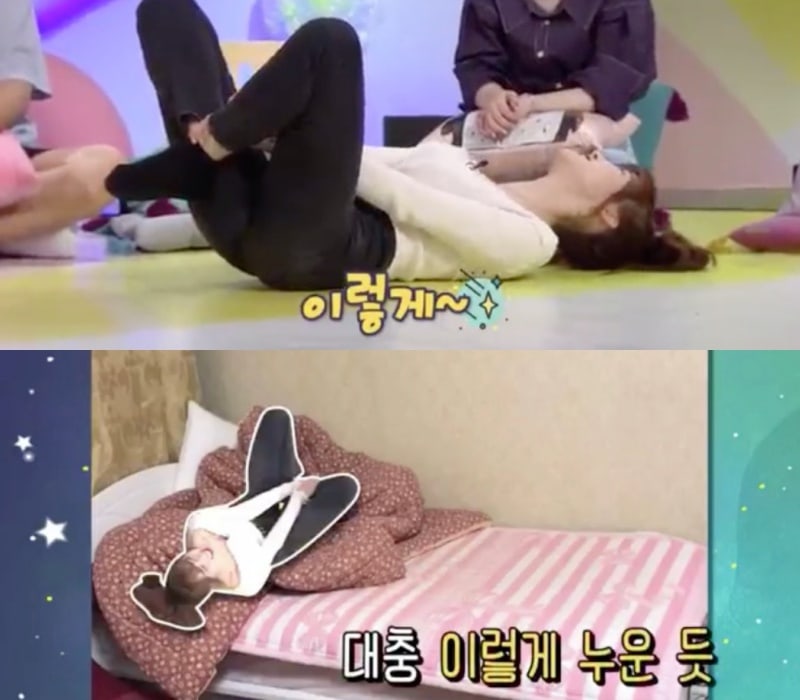 GFRIEND
Hello Counselor
Yuju
Eunha
How does this article make you feel?