“Angel’s Last Mission: Love” is a fantasy romance drama about Lee Yeon Seo (Shin Hye Sun), a ballerina who doesn’t believe in love but eventually warms up to Dan (L), a troublemaker angel who becomes her Cupid.

A dark ending looms over the couple, but they will stop at nothing to stay together. The upcoming episodes of the drama will show Lee Yeon Seo and Dan continuing to love each other despite the hardships they face. In the new stills, Lee Yeon Seo and Dan are together outside in the rain. Dan stands with his arms wide open, potentially trying to spread his angel wings that appear when he gets rained on, and Lee Yeon Seo stares at him intensely. 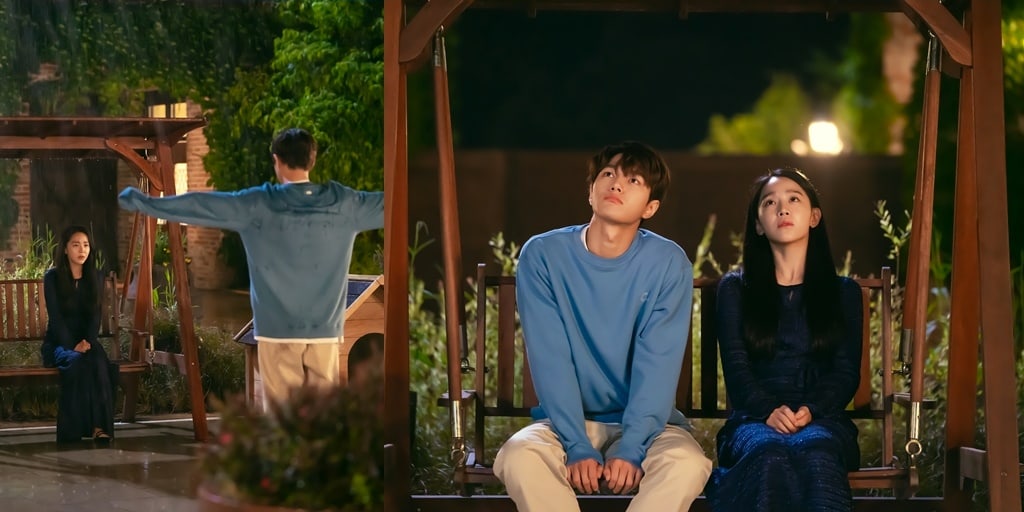 In the previous episode, Dan tried to do everything he could to find a way to stay by Lee Yeon Seo’s side. When he discovered that he had to sacrifice someone he loves to do so, he was distraught. Lee Yeon Seo also drowned in sorrow upon finding out that Dan would eventually dissipate into nothing.

Watch the latest episode below with English subtitles!