On July 2, Oh Chang Suk and Lee Chae Eun confirmed their relationship when they took on the role of first pitcher and batter at a baseball game.

Oh Chang Suk and Lee Chae Eun began their relationship after appearing on the romance reality show “Taste of Dating,” where single celebrities are matched with partners that fit their ideal types and go on dates for 100 days together.

Before throwing the first pitch at the baseball game, Oh Chang Suk said, “Lee Chae Eun and I have started dating,” which surprised many people. The MC asked, “Do you mean you’re really dating, or you’re dating for the television show?” and Oh Chang Suk replied, “We decided to officially date.” 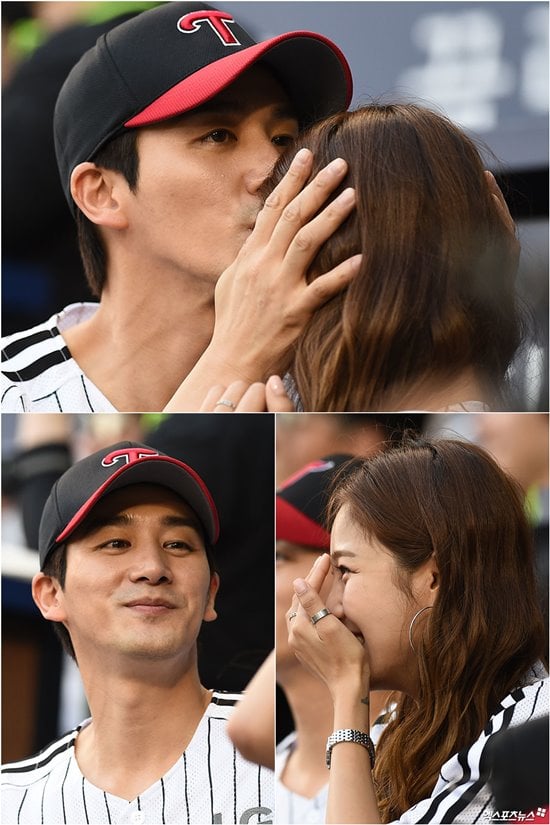 Oh Chang Suk’s agency confirmed that the couple is currently dating, and they said they’d found out a few days prior. The agency source said, “They met through ‘Taste of Dating’ and are carefully developing their love. Please look upon them kindly.”

In terms of when they started dating, the source stated that this was a private matter that they did not ask about. They stated that their dating announcement had happened naturally today, and that it’s too early to mention marriage yet.

Oh Chang Suk (born 1982) is an actor who debuted in the 2008 drama “Worlds Within” and is known for his roles in “Princess Aurora,” “Jang Bo Ri Is Here,” “Defendant,” and “Rich Man, Poor Woman.” Lee Chae Eun (born 1995) is currently a model, and she used to work as a kindergarten teacher.

Previously, “Taste of Dating” couple Lee Pil Mo and Seo Soo Yeon decided to get married in real life and they are expecting their first child.