Sandara Park talked about why she changed her mind about getting rides everywhere from her manager.

When the idols were asked if agencies should manage the private lives of their celebrities, none of them said yes. Yubin said, “I think they’ll handle it on their own,” and Sandara Park said, “Someone who’s going to do something will do it even if you try to stop them.” Yubin added that trying to stop someone makes them want to do something even more.

It was mentioned by the MCs that Park Bom and Sandara Park had been driven to even their private appointments by their manager when they were in 2NE1. Sandara Park said, “Yes, at first I thought it was a good thing. I was taken by our agency’s car to do everything, like go the dermatologist, go out to eat, go shopping, or see friends.”

“My other friends were envious at the time,” she said. “But once, my manager made a mistake and sent me a message that was supposed to go to the managers’ group chatroom. It said ‘Dara and CL are eating stew in Itaewon.’ It was so detailed. It turned out that they were reporting on my every move.” She added that lately she doesn’t take rides from the company. 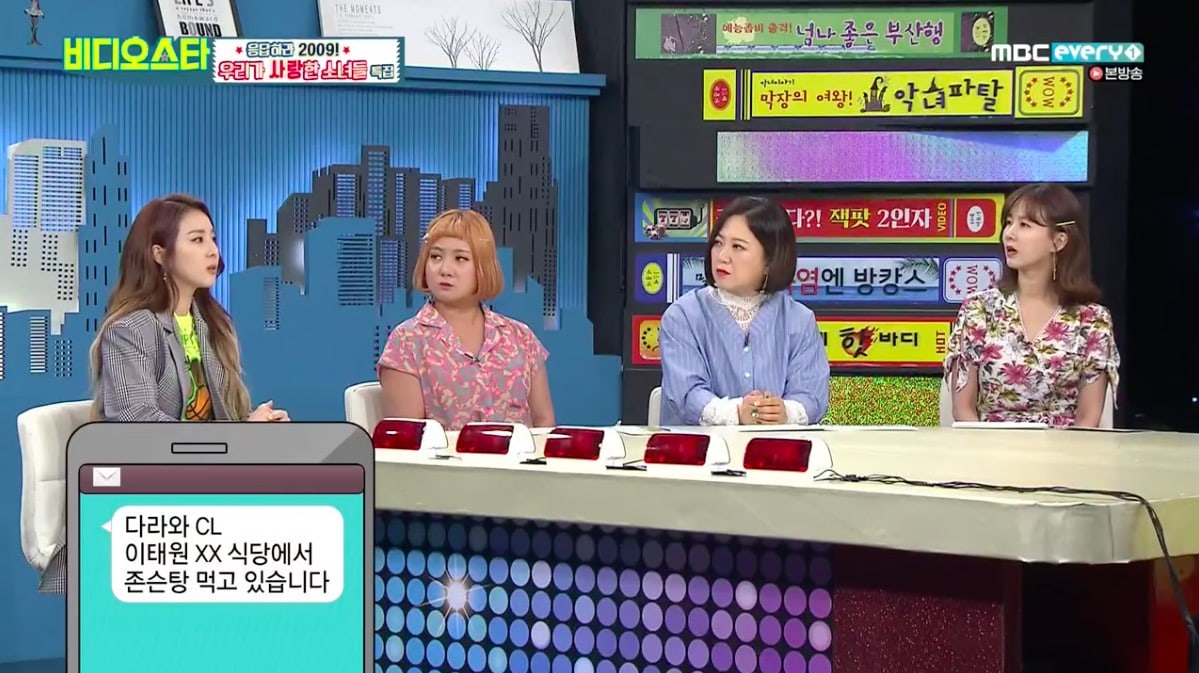 Sandara Park
Video Star
How does this article make you feel?