In the photos released on July 3, the couple looks happy in each other’s company. The photos preview their upcoming date, which appears to contain some of their most heart-fluttering moments yet.

The two enjoy a picnic at the park, taking photo booth shots with fun accessories and riding on bikes. They are both smiling brightly in all the photos, showing how precious this moment is to them. 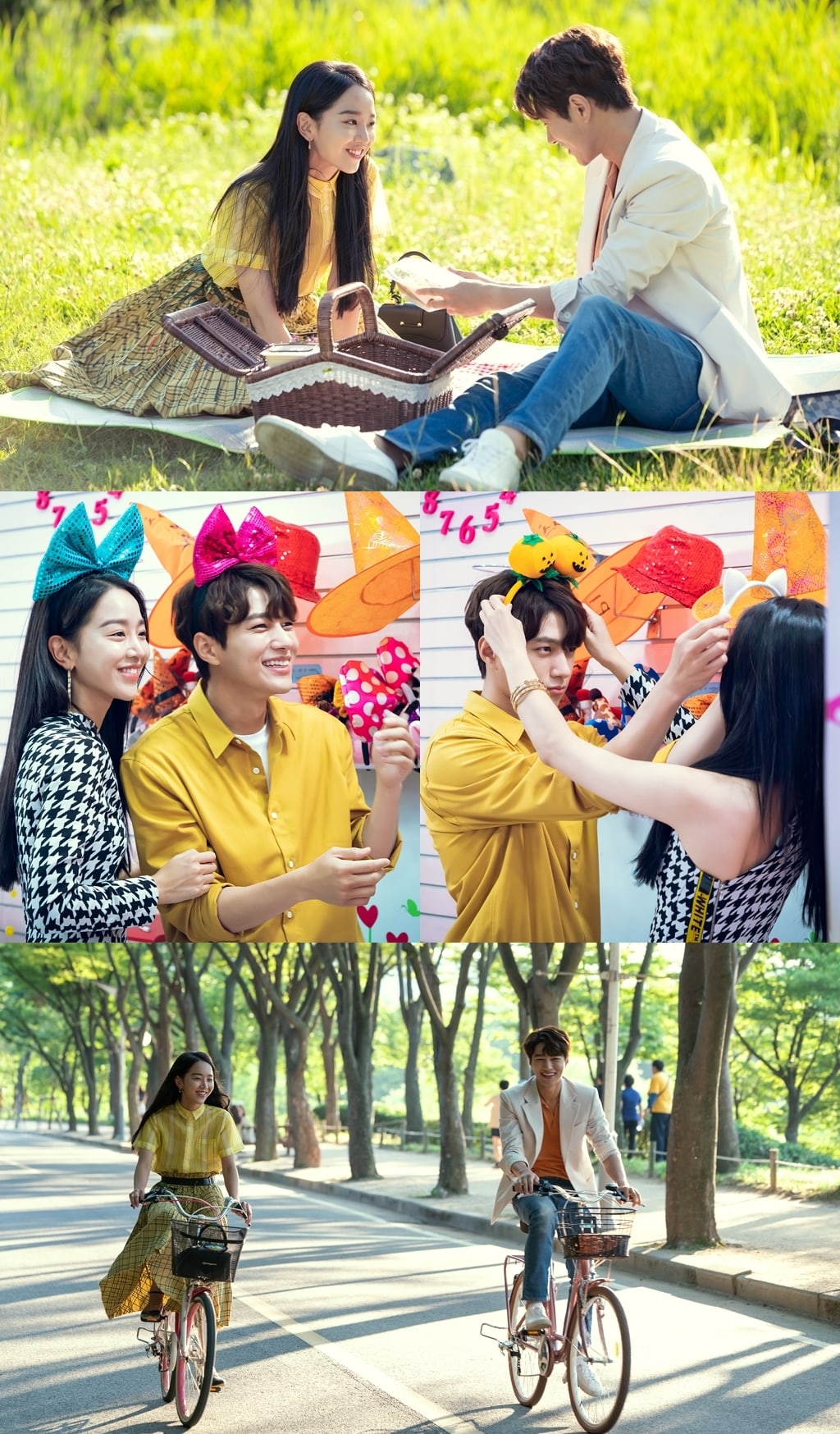 However, both Dan (INFINITE’s L) and Lee Yeon Seo (Shin Hye Sun) were caught up in sadness and confusion after learning the secrets surrounding them. Lee Yeon Seo learned of Dan’s inevitable demise, and Dan found out that in order for him to become human, Lee Yeon Seo must die. They both chose to hide their discoveries and continued to love one another.

In the preview for episodes 25 and 26, Lee Yeon Seo firmly exclaimed, “Just wait. See who wins. I’m going to do everything I want with Kim Dan.” She also discovered how angels can become humans, raising viewers’ anticipation to see how she protects her love with Dan.

Lee Yeon Seo piqued even more curiosity when she stated, “Dan, since the weather is so nice, should we get married?” Viewers can look forward to discovering the meaning behind her romantic proposal and what else lies in store for the future of the couple.