MBC’s Wednesday-Thursday drama “One Spring Night” has released new stills of Han Ji Min and Jung Hae In sharing their affection for one another!

In last week’s episodes, Yoo Ji Ho (played by Jung Hae In) rushed to find Lee Jung In (played by Han Ji Min), who was filled with concern. Previously, Lee Jung In couldn’t hold back her anger at her father Lee Tae Hak’s (Song Seung Hwan‘s) belittling attitude towards Yoo Ji Ho. She became very disappointed when her father refused to acknowledge her feelings and pushed for her marriage with Kwon Ki Seok (Kim Jun Han) instead. With Lee Jung In being unable to reach an agreement with her father, her relationship with Yoo Ji Ho was put at risk.

In the midst of the growing disapproval surrounding Lee Jung In and Yoo Ji Ho’s relationship, newly released stills show Lee Jung In lost in deep thought. Since Lee Jung In is normally a straightforward character with unwavering emotions, viewers are curious to find out what has made her so concerned that Yoo Ji Ho had to rush in to find her at the library. 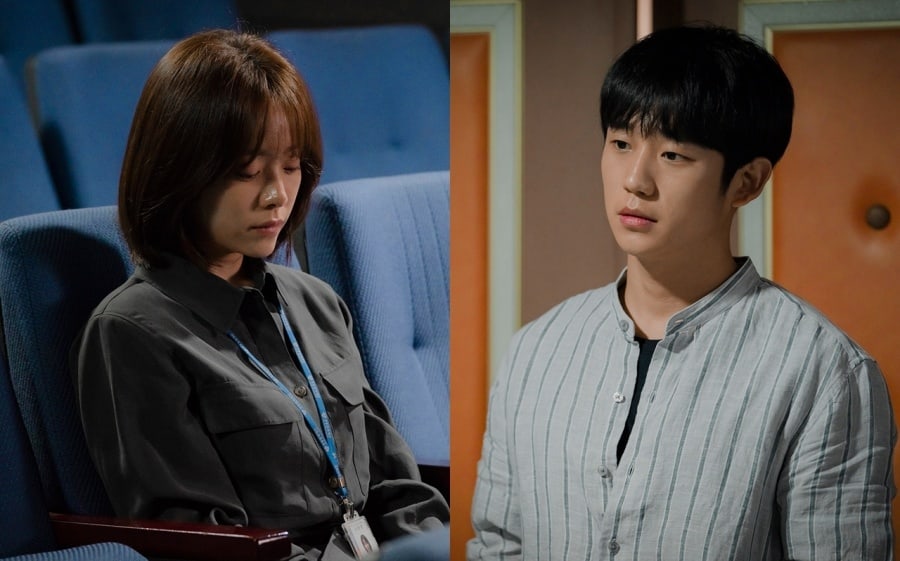 Nonetheless, Lee Jung In is surprised by Yoo Ji Ho’s unexpected appearance. In one of the stills (top photo), Yoo Ji Ho looks at Lee Jung In with a loving gaze. The heartwarming photo reveals the couple’s affection and trust for each other as Lee Jung In is able to smile once more with the help of Yoo Ji Ho’s support.