“Doctor John” has released new stills of Ji Sung as a doctor wearing a prison uniform.

The drama is about pain management doctors who seek to pinpoint sources of pain in chronically ill patients. Ji Sung plays Cha Yo Han, a highly skilled anesthesiologist and pain management doctor who is nicknamed “Doctor 10 Seconds” for his ability to assess a patient in the 10 seconds it takes for them to open his office door and take a seat. This is his second role as a doctor since “New Heart.”

In the new photos, Ji Sung draws attention as he is wearing a blue prison uniform with the numbers “6238” stitched onto it and not a white medical gown. His gaze is fixed on something, and he has a deep, meaningful look on his face as he tries to explain something with his head slightly lowered. The reason why “Doctor 10 Seconds” is in prison and not a hospital will be revealed in the drama. 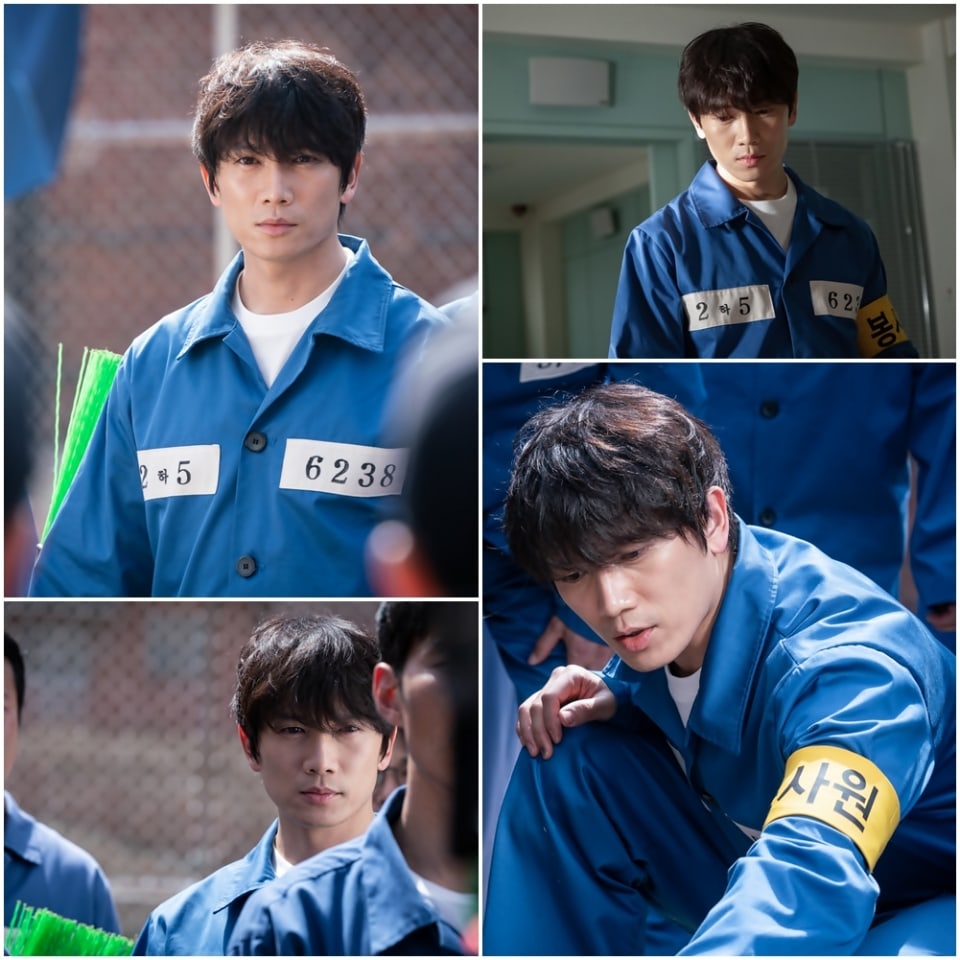 This first scene where Cha Yo Han appears as a prisoner was filmed in April at Seodaemun District, Seoul. As it is a very important scene, there was tension on the set, and Ji Sung, who had repeatedly analyzed the scene while seriously exchanging opinions with director Cho Soo Won, became immersed in the script and took control of his emotions. During filming, Ji Sung displayed his acting abilities to vividly express Cha Yo Han, who is filled with complex emotions. The actor’s solid performance, which overwhelmed the scene with his eyes and facial expressions, made those watching hold their breaths with anticipation.

The production crew praised Ji Sung by saying, “Ji Sung is showing such perfect synchronization with Cha Yo Han of ‘Doctor John’ that no other actor could play him. We hope you will watch Ji Sung, who has everything from the best acting skills to fiery passion, create the story of Cha Yo Han.”

“Doctor John” premieres on July 19 at 10 p.m. KST and will be available on Viki!

Catch the trailer for the drama below!