Will INFINITE’s L be able to become human?

In recent episodes of “Angel’s Last Mission: Love,” angel Dan (L) desperately wants to become a human being because of his feelings for the mortal Lee Yeon Seo (Shin Hye Sun). Both of them know, however, that the end result of their forbidden love will be Dan’s extinction.

Dan, who previously wanted to complete his mission as soon as possible and go back to heaven, now only wants to stay by Lee Yeon Seo’s side. Dan asked the heavens, “I want to be a person who can love at the risk of life. Is that possible?” and viewers are keenly paying attention to what the answer may be.

Dan had thought it was God’s will that he became an angel and saved Yeon Seo’s life and that he was able to be by her side through the mission. However, the secret revealed by Ji Kang Woo (Lee Dong Gun) and the fact that a loved one’s sacrifice is the way an angel can become a human being have raised anticipation for what steps Dan is about to take next.

The drama released new stills of Dan working hard on an angel report. It is his brave prayer and message of determination to God.

In the photos, Dan’s eyes are wide open, and he looks determined to write a report all night long. The reports piled up on his desk prove his strong will and long journey, and he looks up at the sky with hope and resolve. What kind of response will God send to such a prayer? 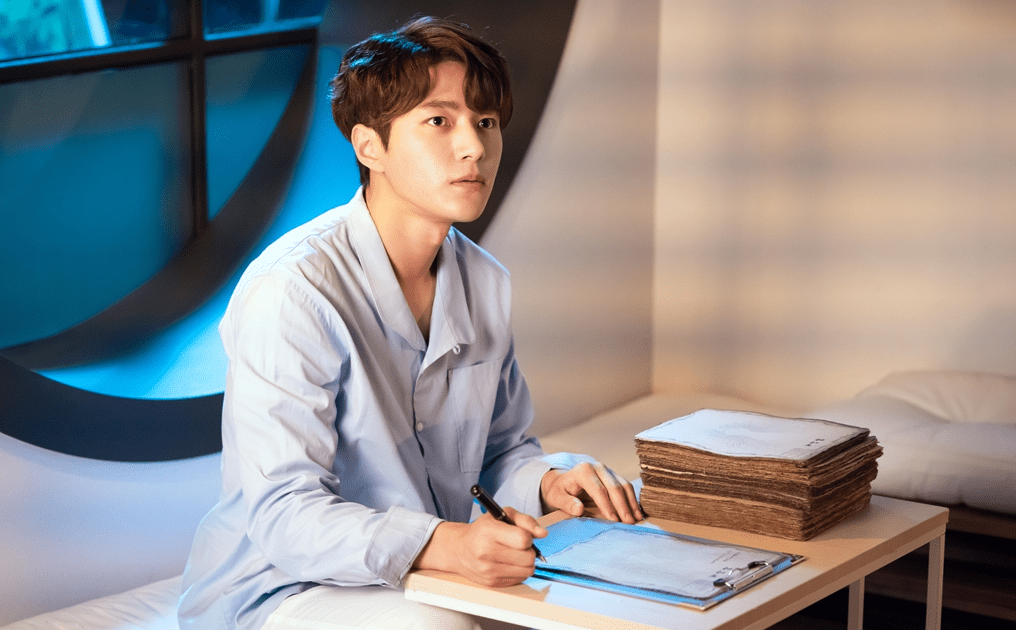 In the meantime, catch up to the latest episode below!

INFINITE
L
Angel’s Last Mission: Love
How does this article make you feel?