OCN’s “Strangers from Hell” has released a video of the actors coming together for their first script reading!

Based on a popular webtoon of the same name, “Strangers from Hell” is a thriller drama about the mysterious incidents that a man encounters after moving into a dormitory due to the residents that live in the same building. 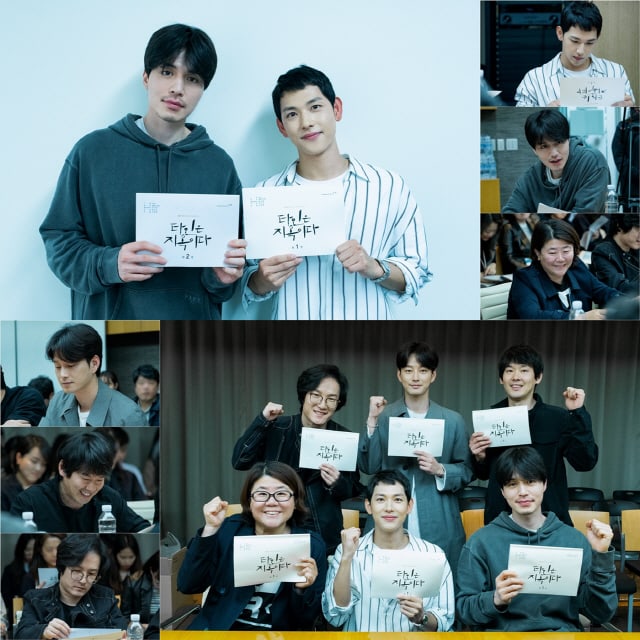 First off, Im Siwan greeted the viewers and introduced his character Yoon Jong Woo, an aspiring writer who moves to Seoul from the countryside for his new job. He said, “[At the dormitory,] he meets unique people and goes through changes. Although he’s quiet and timid, he can also actually be very bold.”

Then Lee Dong Wook introduced his character Seo Moon Jo, a dentist who owns a clinic near the dormitory. He described, “I think he’s a character that can show various sides of his artistic emotions.” He added, “I think filming will go into the hot summer, so I hope it finishes safely without any accidents. I will do my best to not cause any troubles for the cast and crew.”

Lee Jung Eun will take the role of the dormitory owner Young Bok Soon who is a friendly woman that takes care of the people living in the dormitory. She said, “Compared to the other characters, I think I’m the most normal one. I’m also curious about the changes that will take place in the future.”

Lee Hyun Wook will play a mysterious, cold man named Yoo Ki Hyuk while Park Jong Hwan will play Byun Deuk Jong who has a habit of exaggerating his laughter and stuttering his words. Lee Joong Ok will play Hong Nam Bok who has problems adjusting to society.

Even though this was just a script reading, the actors acted passionately and immersed into their roles by paying attention to the smallest details. The cool, intense acting of the cast during the script reading raises the question of what “hell” they will create in August.

Check out the great cast in their first script reading below!

“Strangers from Hell” will premiere in August after “Watcher” comes to an end.