On the July 5 episode of JTBC’s “Night of Hate Comments,” Shinhwa’s Jun Jin and Kim Seung Hyun appeared as guests.

During the show, Jun Jin responded to comments like, “I am sensing an old man’s vibe from him. You can’t fool time. But I wonder if this is really supposed to be appealing.” Jun Jin responded, “Well, it’s true that I’ve aged” and added, “I think you should think of your age as having its own appeal. Because of my genes, I have a drooping eye. I’ve had ptosis surgery and I might have to do it again in 7 years.”

Jun Jin also mentioned Shinhwa’s infamous nude photoshoot and said, “Our fans really liked it. Now that we’re older, there are of course times that we’re embarrassed about it. Fans bring us that album to get it signed. It’s not a skeleton in our closet or anything. There are times when you feel a sense of shame at the person you were before. I think that photo was something that could both bring me up and bring me down.” 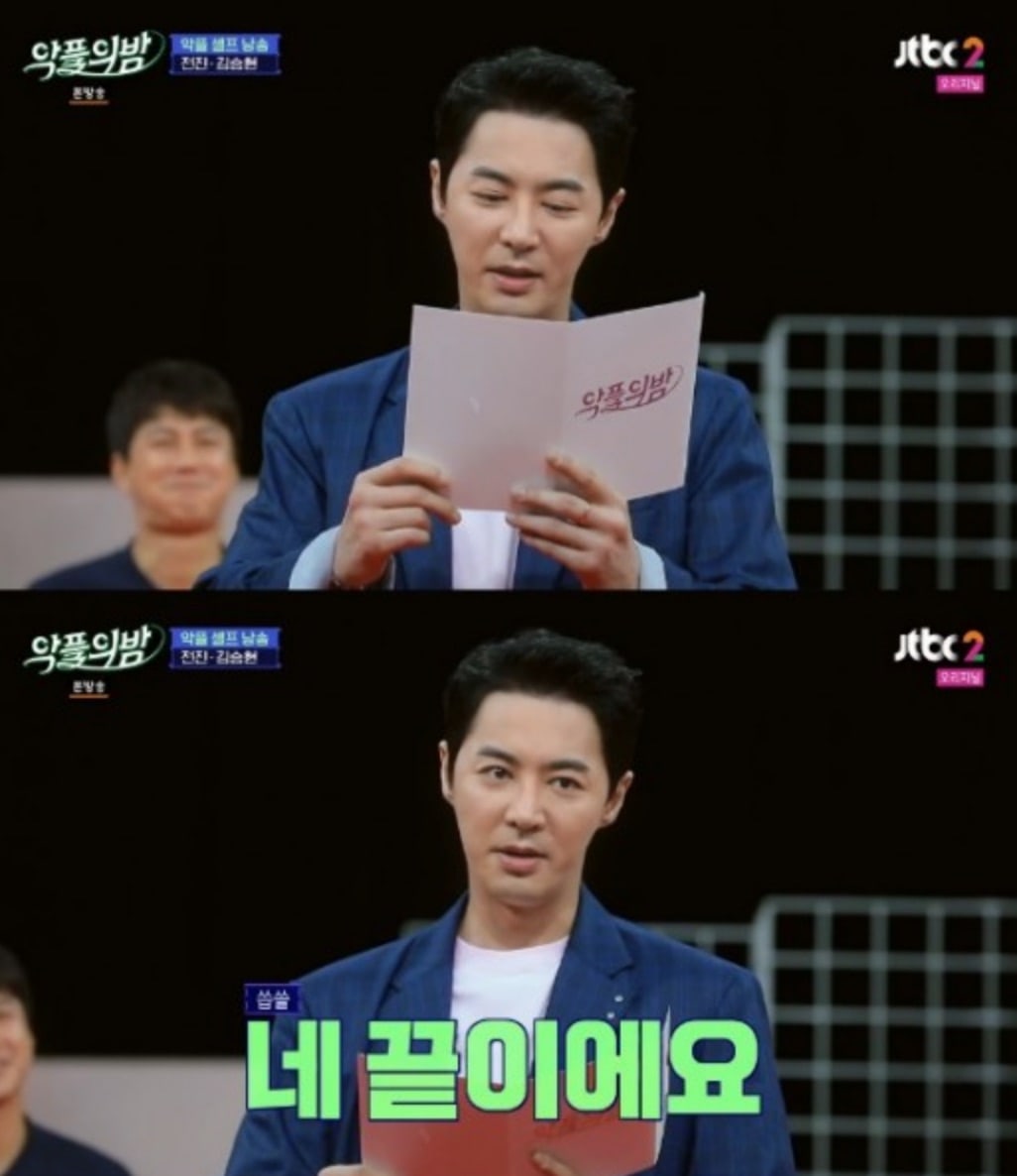 Jun Jin coolly acknowledged almost every hate comment he read, including “You work too hard to look cool” (he responded, “Isn’t that a celebrity’s job? It’s true”) and “I hate you” (he responded, “Okay. I’ll work to make you like me”). However, he was not able to acknowledge a comment that said, “He’s moving backwards rather than forwards.” (This is a play on Jun Jin’s name, which can also mean “forward movement” in Korean.)

Jun Jin responded, “I hesitated for a long time about going on solo promotions, but I’m doing that now. So I can’t acknowledge this comment.” He said about the other comments, “I think you have to acknowledge things that are true.” 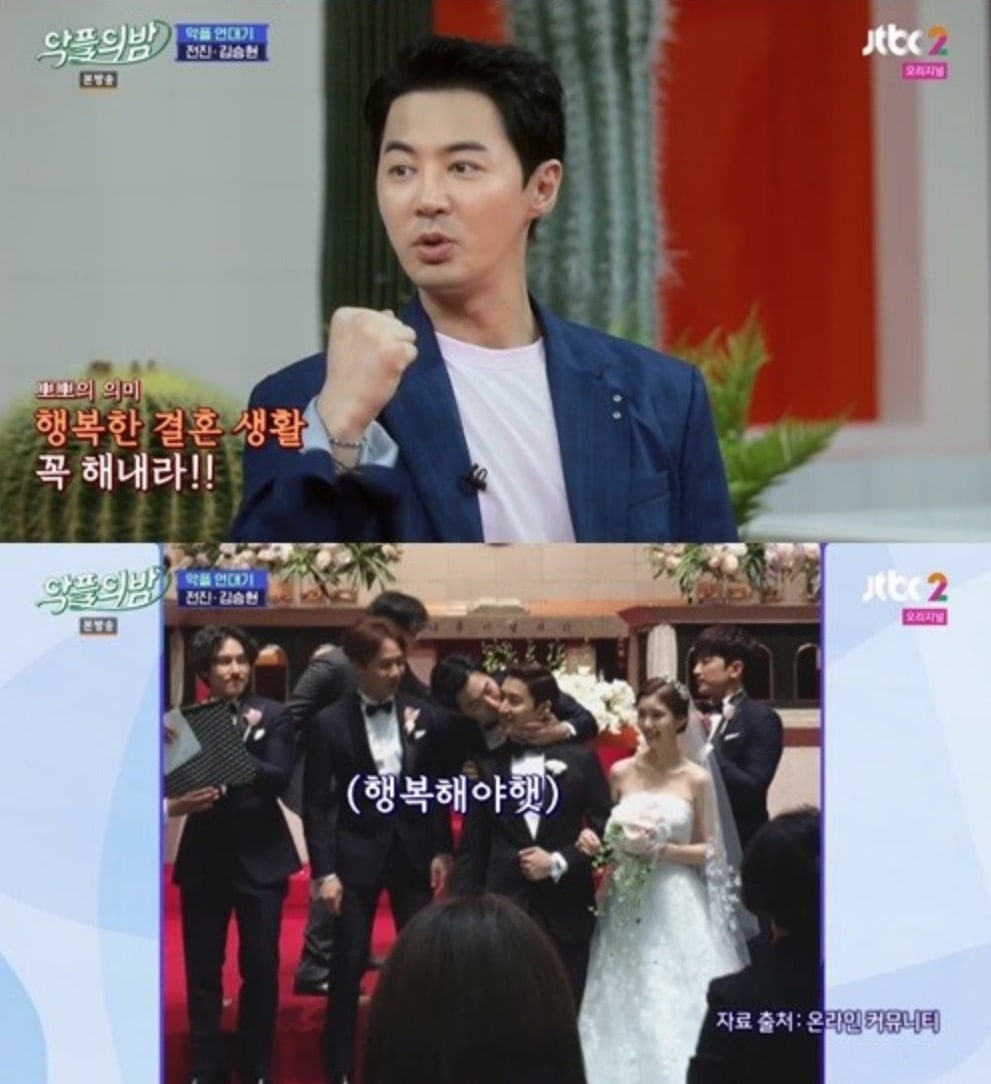 Jun Jin also talked about Eric, who was the first Shinhwa member to get married. He said, “I am jealous of Eric. His wife personally makes him samgyetang [chicken soup with ginseng] when we have concerts or rehearsals. She also writes him letters.”

He continued, “In the past, our fans would half-jokingly say, ‘You can’t get married.’ They were half-serious, though. But our members would respond, ‘So are only you guys allowed to get married?’ and we joked about it. We say everything we want to say now and our fans like us better for it.” 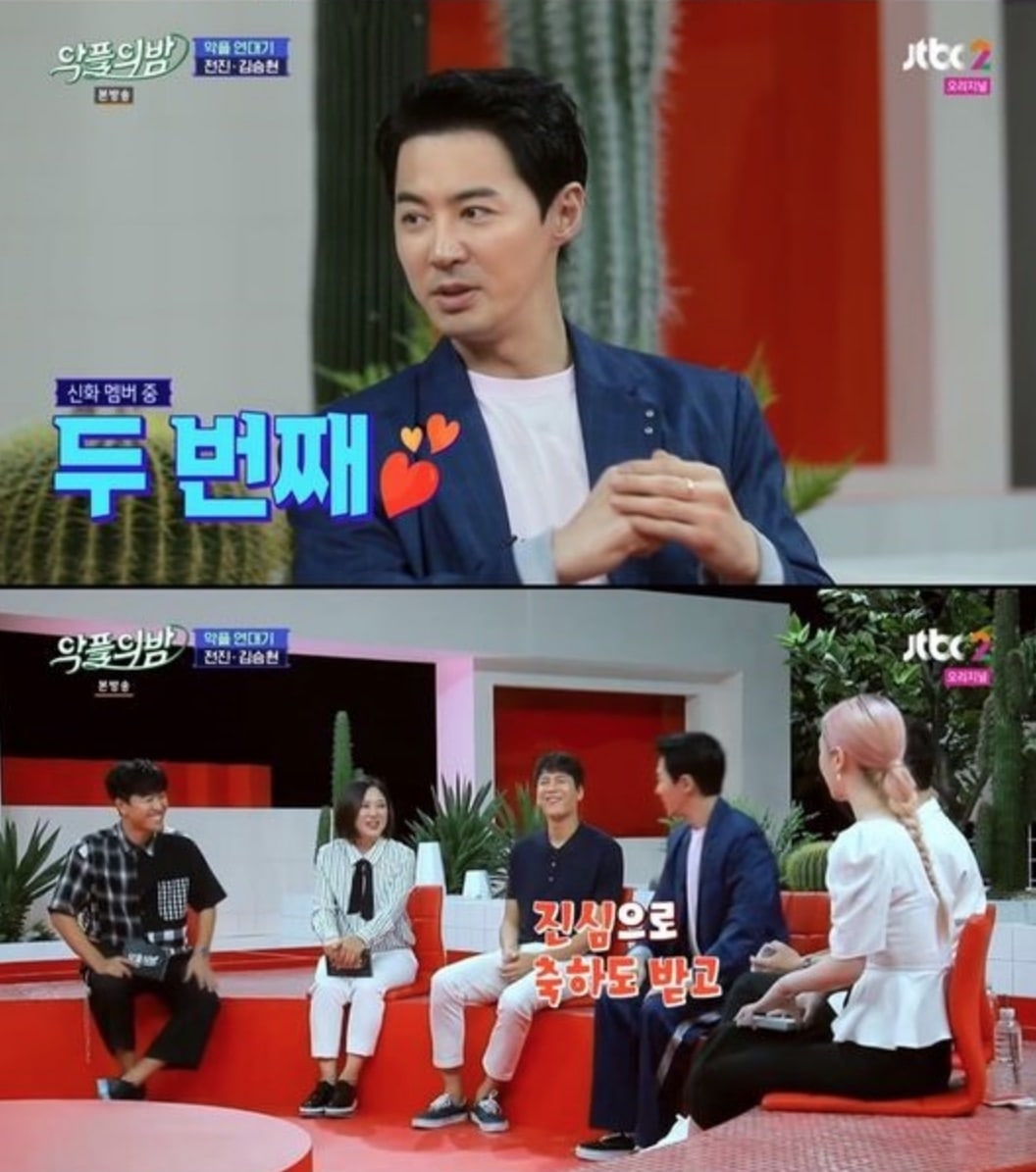 Jun Jin
Shinhwa
Night of Hate Comments
How does this article make you feel?