In the new stills, the cold lawyer Gi Moo Hyuk (Yoon Kyun Sang) has gone under disguise as the perfectly nice, temporary instructor Gi Kang Jae and is meeting the physical education instructor Ha So Yeon (Geum Sae Rok) for the first time.

Gi Kang Jae respectfully bows upon meeting Ha So Yeon, who looks on with a smile. He is also pictured zipping his lips, teasing the exchange of some sort of secret between the two. Maintaining his eager, puppy-like demeanor, Gi Kang Jae echoes Ha So Yeon’s good-luck gesture for his first day at the school. 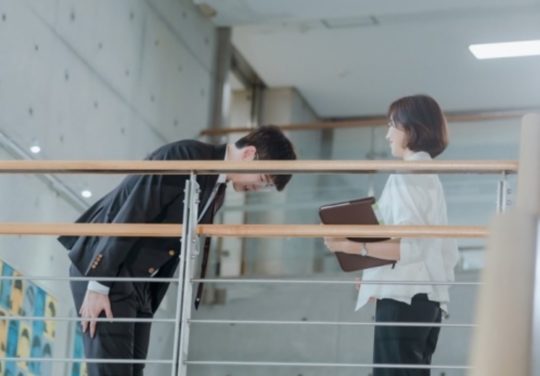 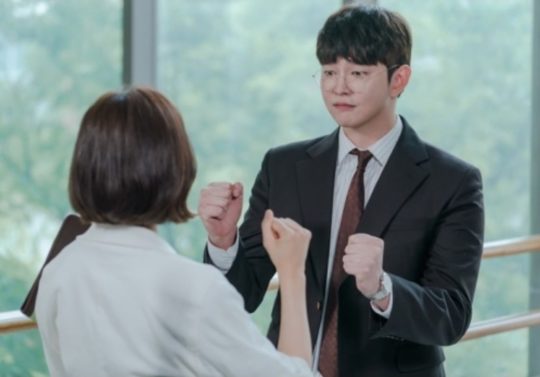 A source from the drama said, “Yoon Kyun Sang and Geum Sae Rok have shown incredible chemistry from their first take together. The still in which the two are holding their fists up in a gesture of support is something that the actors thought of before filming. Just like that [photo], Yoon Kyun Sang and Geum Sae Rok will show the power of their chemistry as they work together to find the truth, so please tune in to the show.”

Watch the trailer for the drama here: