On the July 6 broadcast of MBN’s “Hunmanjeongeum,” Amber talked about getting together with Krystal for a surprise appearance at Luna’s concert.

Amber said, “It was during her last song. It was the first time the three of us got together in a while, and it felt good.”

Asked if f(x) has any plans for an upcoming performance, Amber said, “The three of us will be performing at SMTOWN in Japan in early August. It’ll be the first time in three years.” 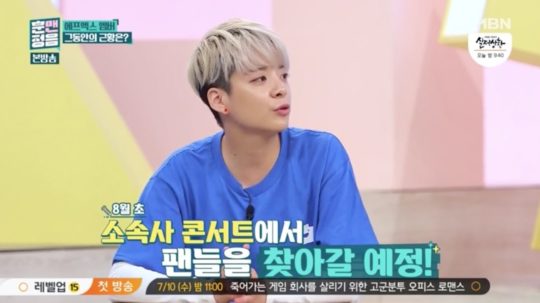 She also talked about her special friendship with chef Austin Kang, who was also a guest on the show. Amber said, “Austin was a chef at my friend’s restaurant, and I asked him to teach me how to cook, so he did. After that, I would actually go to restaurant every day during business hours to cook.”

Austin Kang complimented Amber’s cooking, saying, “She’s really good. She said to me, ‘I’ll do the dishes, anything, just help me [learn].”