Barro, the No. 2 portal site in the industry, has made many office workers jealous with their work culture in which employees call each other freely by their English names rather than their titles, and employee dinners are optional rather than an extension of work. In particular, CEO Brian (Kwon Hae Hyo) and team leader Bae Ta Mi (Im Soo Jung) have received positive responses for their leadership skills.

Last week, Barro faced their biggest crisis yet. Song Ga Kyung (Jeon Hye Jin) of the rival company Unicon called an emergency press conference to reveal and apologize for “Bae Ta Mi” trending No. 1 on the real time charts, which was fabricated. However, Barro was then suspected of trying to cover up the fabrication.

In the face of the unexpected crisis, Brian came to a surprising conclusion. He officially revealed that he would resign as CEO by stating, “Despite knowing that the search term ‘Bae Ta Mi’ was fabricated, we covered up the truth because we didn’t have the skills to stop the fabrication.”

Although Brian knew that this whole scheme was planned by Unicon deftly using the truth, he states, “A company should not lie,” and, “The position of a CEO is someone who takes responsibilities for problems,” while doing his best to protect Barro. This showed the true worth of Brian’s character as a leader in contrast to Unicon who put Bae Ta Mi in court in the first episode of “Search: WWW”

Meanwhile, Bae Ta Mi has taken note of the company’s vibe with news of Brian’s resignation. As a team leader, she holds one-on-one meetings with the employees through which she learns that Alex (Song Ji Ho) has received a job offer from Unicon.

Saying, “It’s natural to move to [a company] for a better offer,” while offering congratulations and expressing respect, Bae Ta Mi acts as a reasonable higher-up. At the same time, incorporating Brian’s advice, “Unsaid feelings are not delivered,” Bae Ta Mi tells Alex, “You are someone this team really needs.”

Throughout the show, Bae Ta Mi has grown as a leader, objectively choosing Ellie (Oh Ah Yeon) for the team without looking at her past experience and listening to Cha Hyun (Lee Da Hee) who always has an opposing opinion. 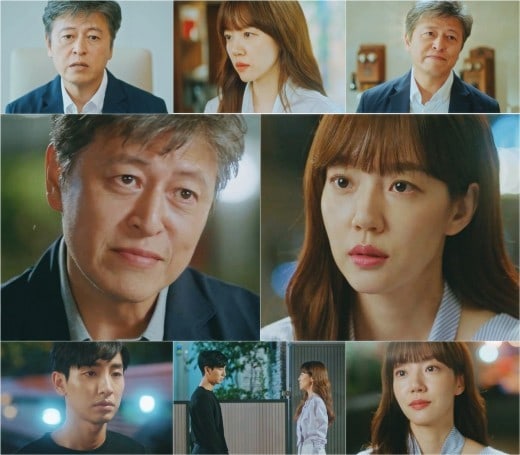 Both Brian and Bae Ta Mi have captivated the viewers by showcasing what it means to be a true leader and by growing to be stronger leaders day by day.