“Arthdal Chronicles” tells the story of heroes and their fateful stories as they write their own legends. Kim Ji Won plays Tanya, a member of the Wahan Tribe and the heir to the clan mother while Kim Ok Bin plays Taealha, the daughter of the Hae Tribe.

The new stills show Kim Ji Won and Kim Ok Bin in white ceremonial clothing with completely different expressions on their faces. In the upcoming scene, both Tanya and Taelha will have to prove that they have spiritual powers as the descendant of the Asa and stop Ta Gon’s sacred trial. The two know that this will determine who lives and holds power, and while Tanya looks somewhat nervous, Taealha is as cool as she can be. 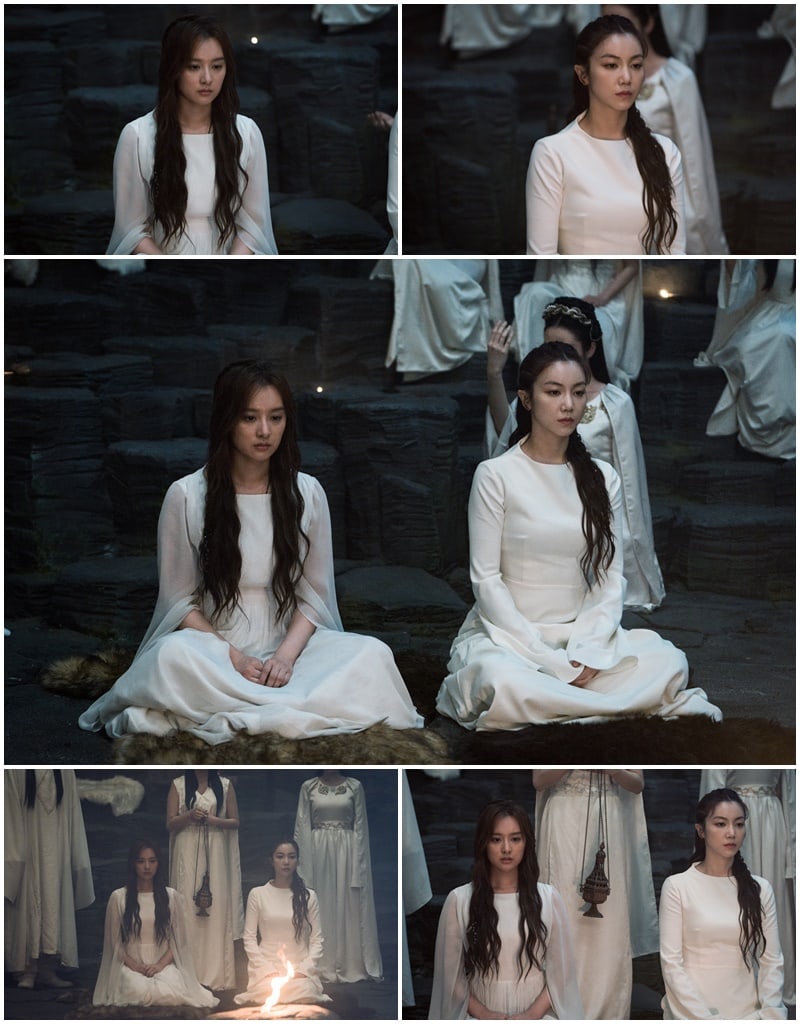 The production staff stated, “Tanya and Taelha are key figures who stand at the center of the sacred fight and who could change the future of everyone. Kim Ji Won and Kim Ok Bin’s acting brings a grandiose and tension-filled aura to their scenes to create the perfect moment. Keep an eye out for what they’ll be doing in the upcoming episode.”

The next episode of “Arthdal Chronicles” will air on July 7 at 9 p.m. KST.