“We Don’t Talk Together” is performing well on the charts!

On July 7 at 6 p.m. KST, Heize released the digital single “We Don’t Talk Together,” which features Giriboy. The track was produced by BTS’ Suga, and he also participated in writing the lyrics with Heize and Giriboy, as well as the composition with EL CAPITXN.

As of 10:30 p.m. KST, “We Don’t Talk Together” reached No. 1 on the realtime charts of major music sites Melon, Genie, Bugs, Mnet, Naver, and Soribada. 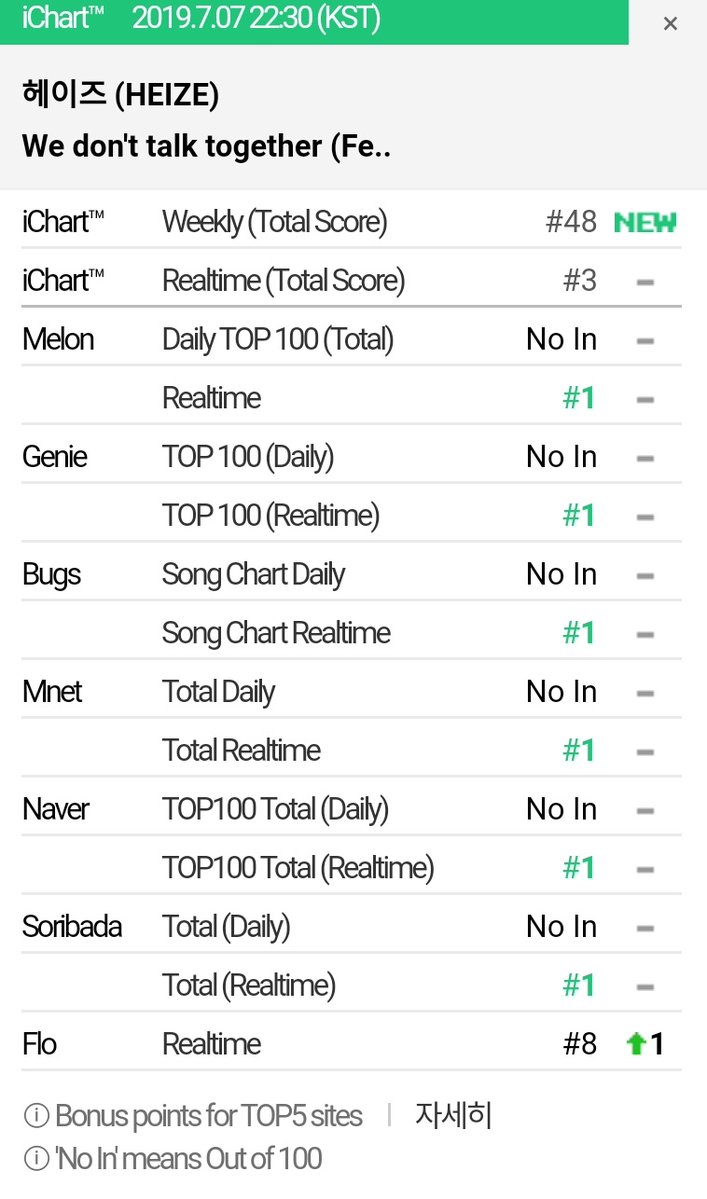 Suga also took to Twitter to write, “Great job, everybody~”

Congratulations to Heize, Giriboy, and Suga!

Heize
BTS
Giriboy
Suga
How does this article make you feel?