The teaser begins with the words, “Because it’s a full moon, I think we’ll have many guests,” to which Jang Man Wol responds, “Because they’ll be able to see us from afar if the moon is bright, open the business.” At the same time, the teaser shows the mysterious text, “When the moon rises, a suspicious business begins.”

Tension begins to build when someone warns, “Chan Sung, run away.” Jang Man Wol then says, “For your birthday…,” and the scene cuts to Goo Chan Sung asking what “that” is as she nonchalantly replies, “A ghost,” before a ghost with no eyes terrifies Goo Chan Sung.

Meanwhile, Jang Man Wol tries to convince Goo Chan Sung to work at the hotel by saying, “You hate seeing ghosts, but you like seeing expensive things. You suddenly want to work here, right?”

However, in the following scenes, Goo Chan Sung scolds Jang Man Wol for her extravagant spending. She says, “I told you there isn’t a car that I don’t need,” while Goo Chan Sung retorts, “Because your financial situation is a mess.” Goo Chan Sung also explains that it would be difficult for Jang Man Wol to pay off her card with her current funds. Nonetheless, Jang Man Wol’s concerns are elsewhere as she says, “Why do we only have 10 fingers? We can only wear 10 rings.”

As Goo Chan Sung continues to express his concerns, Jang Man Wol says, “You. Stop it. Don’t come here anymore.” Furthermore, Choi Seo Hee mysteriously adds, “There’s a way of solving this without killing,” and Jang Man Wol warns, “If you’re attacked by someone with a strong grudge, you could die.”

Finally, Goo Chan Sung is shown being mysteriously thrown into the air. The teaser ends with Jang Man Wol putting a hand on his shoulder and saying, “What are you afraid of when I’m right by your side?”

Meanwhile in the character map released by tvN, Jang Man Wol and general manager Goo Chan Sung are shown having an employer-employee relationship. Attached to Jang Man Wol are Yeon Woo (Lee Tae Sun), her subordinate, and Go Cheong Myeong (Lee Do Hyun) who has a dangerous alliance with Jang Man Wol and is rivals with Yeon Woo. 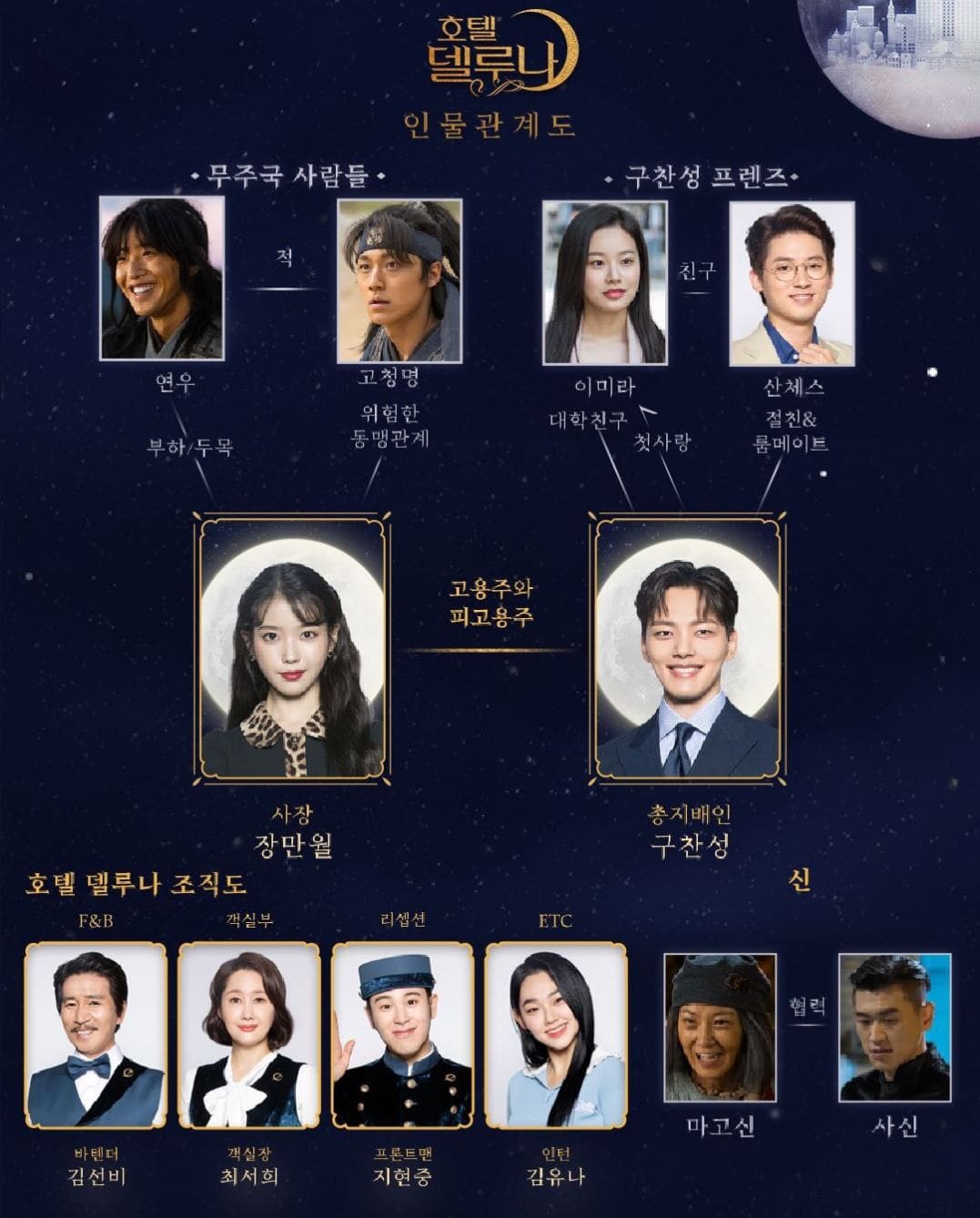