On July 8, Ha Sung Woon held a press conference to celebrate the release of his second mini album “BXXX.”

When asked how he felt about his second solo comeback, Ha Sung Woon said, “I thought I would be less nervous because this is my second mini album, but I’m feeling the nerves again. There were so many things I wanted to show after my first mini album, and I tried to incorporate them in my second mini album as much as I could. I’m proud of what I’ve made.” 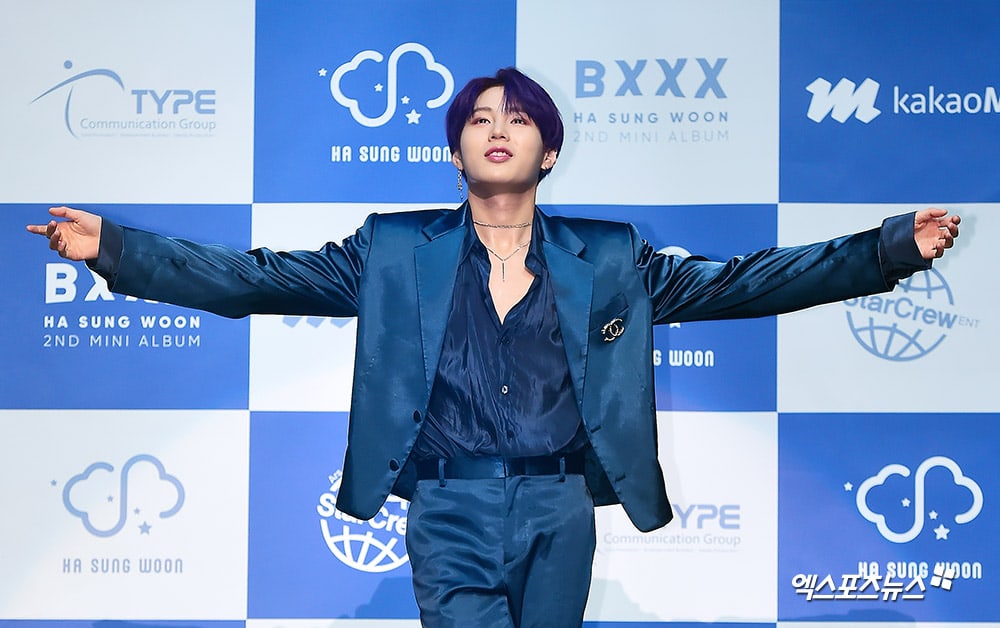 Ha Sung Woon also shared how he had a hand in creating the album from the early planning stages, stating, “It all began with the idea of wanting to put that cool and refreshing atmosphere of summer into an album.” Explaining the meaning behind his new mini album’s name, Ha Sung Woon said, “The ‘X’ in the album title is an unknown. Any word that starts with a ‘B’ other than ‘Blue’ can also be applicable. It means that the direction the album takes can change depending on the listener’s imagination.”

His second mini album “BXXX” contains a total of five tracks including title track “BLUE,” “Bluemaze,” and “Riding.” Ha Sung Woon will be making his comeback at 6 p.m. KST on July 8.

HOTSHOT
XPN
Ha Sung Woon
How does this article make you feel?