5 Strong Female Characters To Look Forward To In “Doctor Detective”

SBS’s “Doctor Detective” is anchored by a strong female cast!

“Doctor Detective” tells the story of a “doctor detective” who uncovers the truth behind people who have become ill in society due to occupational hazards and industrial accidents. It is directed by Park Joon Woo, who directs the investigation show “Unanswered Questions.”

The female cast includes Park Jin Hee, who plays the lead role and has received top billing alongside Lee Ki Woo and Bong Tae Gyu. Her character is named Do Jung Eun and she is described as a genius occupational medicine specialist with an exceptional ability to concentrate. She was investigating the death of a researcher when she was betrayed by the corporation TL Group and had her beloved daughter taken hostage. As a result, she became cynical and cold. However, the death of a subway door repair worker inspires her to resist TL Group and other companies and begin work as a “doctor detective.”

Park Ji Young has been cast in the role of Gong Il Soon, the founder of an organization called the Undiagnosed Disease Center (UDC). Gong Il Soon is a workaholic who has devoted her life, beginning in her late 30s, to make independent epidemiological research institutes that will bring justice to the weak and powerless in society. She was Do Jung Eun’s mentor 10 years ago and wants to recruit her into the UDC, making viewers anticipate the “womance” between Park Jin Hee and Park Ji Young.

Lee Young Jin plays Byun Jung Ho, the head of nursing at UDC. She is the only character who can control the unpredictable doctor Heo Min Ki (Bong Tae Gyu) and is described as a Florence Nightingale type who is more passionate than doctors when it comes to taking care of patients.

Japanese actress Fujii Mina has been cast as Suk Jin Yi, a genius character who completed her master’s and doctoral degrees at a young age and is now the head of analysis at the UDC. Fujii Mina had previously appeared in a similar Japanese drama titled “Doctor Chousahan.”

Finally, Ryu Hyun Kyung has been cast as Choi Min, a resident who works at the medical center operated by the TL Group. She also happens to be the daughter and heiress of TL Group and was influenced by the people around her to use her many talents for the benefit of the company.

The production staff stated, “‘Doctor Detective’ is led by Do Jung Eun, who figures out cases with her genius-level memory and analytical skills, and there will be many complex and interesting female characters by her side. Please look forward to these ‘girl crush’ characters who bring both talent and charisma to their roles.” 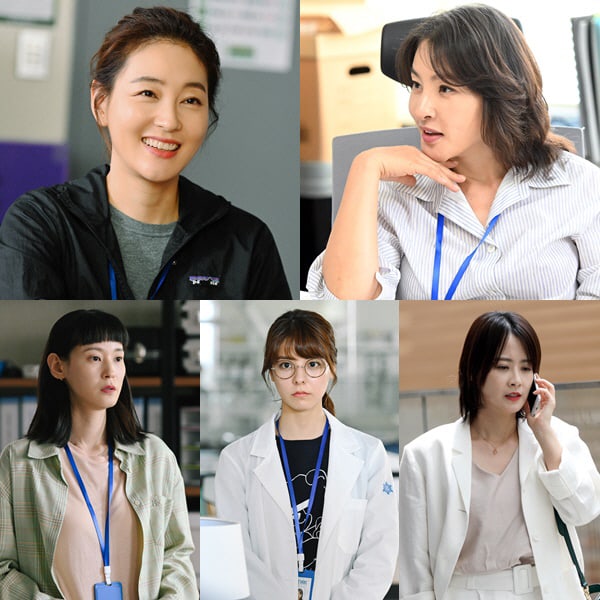 “Doctor Detective” premieres on July 17 and will be available on Viki.