On July 9, the idol threw the first pitch at the Sajik Baseball Stadium in Busan for the Lotte Giants.

In a backstage interview, Kang Daniel began, “It’s an honor to be the promotional ambassador of the place I was born and raised in. Busan has its own unique positive energy. I’ll try to widely promote Busan’s energy while promoting at home and overseas.”

He chose sujebi, or hand-pulled dough soup, in the neighborhood of Nampo as the food he wanted to eat the most. The idol also named Busan’s Haeundae, Gwangalli Beach, and Taejongdae as some of the places he wanted to visit.

“I really wanted to throw the first pitch for the Lotte Giants, and I was able to do so thanks to the generosity of the residents and officials,” stated Kang Daniel. “I’m just grateful. I want to give happiness to the people of Busan from here on out.” 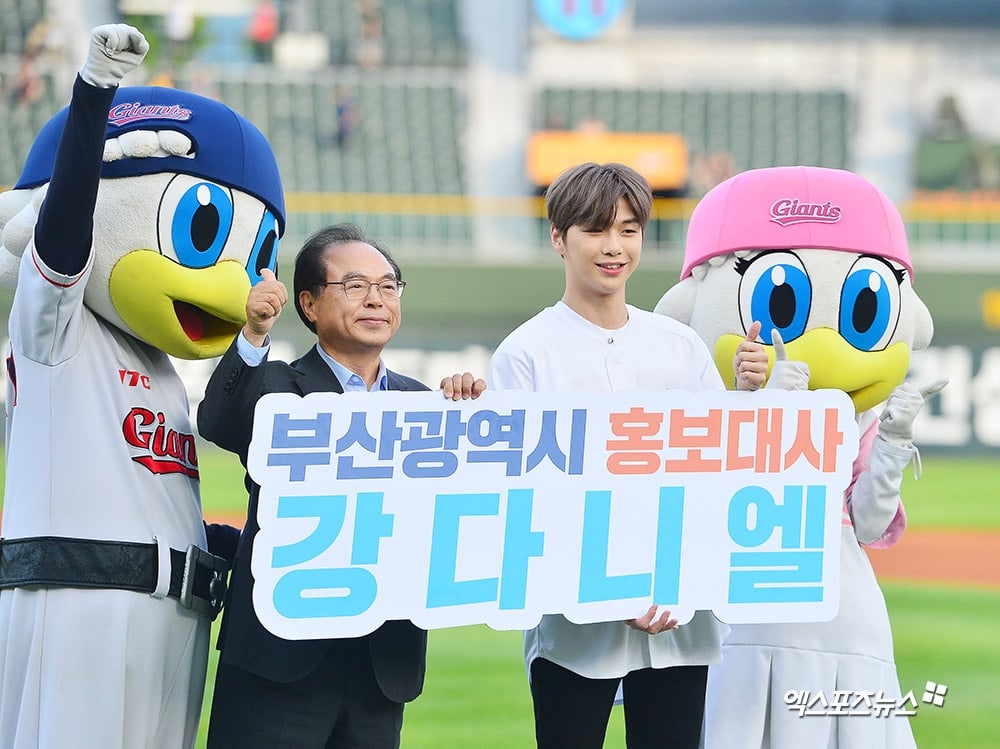 As for his future promotions, he said, “My solo album will be released at the end of July. I’ve already finished filming the MV and I’ve completed shooting the album jacket. All that’s left is practice and other work on the album. Instead of telling you the title track of this album, I’d like to say that it’s an album that contains my color so I’d be grateful if you listened to it a lot and looked forward to the performance.”

To his fans, Kang Daniel said, “I feel so sorry and grateful that you’ve waited for me for so long. I created this album while feeling grateful, so I hope you’ll listen and enjoy this album that much more. I’ll work hard to create opportunities for us to meet and communicate often.”

The stadium was filled with fans holding up slogans, photos, and banners of Kang Daniel. When he stepped onto the field, fans tried to capture the moment with their cameras and phones. The event first began with an appointment ceremony officiating Kang Daniel as Busan’s promotional ambassador. He then reappeared to throw the first pitch and greeted the players and fans.

Kang Daniel said, “I’m grateful to be able to throw the honorable first pitch.” Although the ball did not head straight towards the catcher, it made a great arc as it flew above the field. 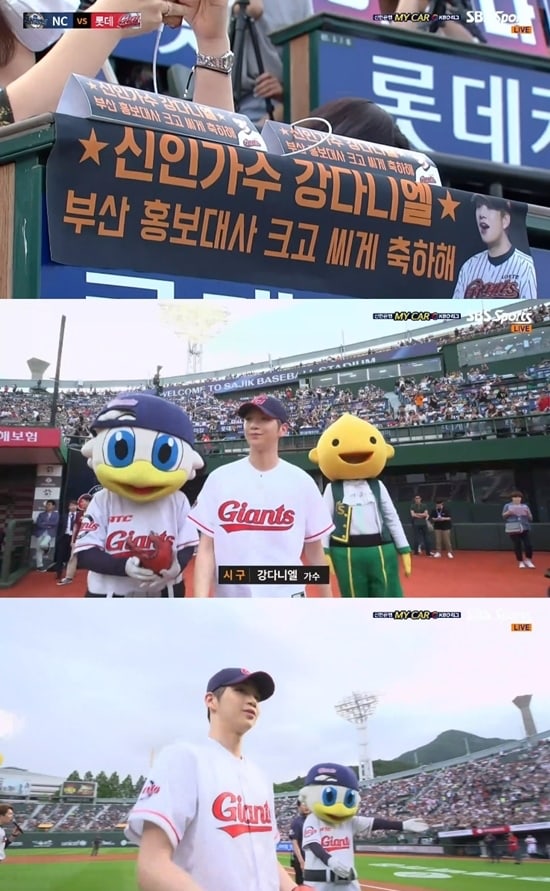 After ending a legal battle with his former agency LM Entertainment, Kang Daniel set up his one-man agency KONNECT Entertainment and is gearing up for his solo debut in July.

XPN
Kang Daniel
How does this article make you feel?