“I Wanna Hear Your Song” is a mystery romantic comedy about Hong Yi Young (played by Kim Sejeong), a timpanist who loses all memory of the night of a murder, and a suspicious tone-deaf man named Jang Yoon (played by Yeon Woo Jin).

In the first poster, Kim Sejeong is seen lying down, surrounded by sheep and unable to sleep. The poster reads, “One sheep…two sheep…someone please put me to sleep!” 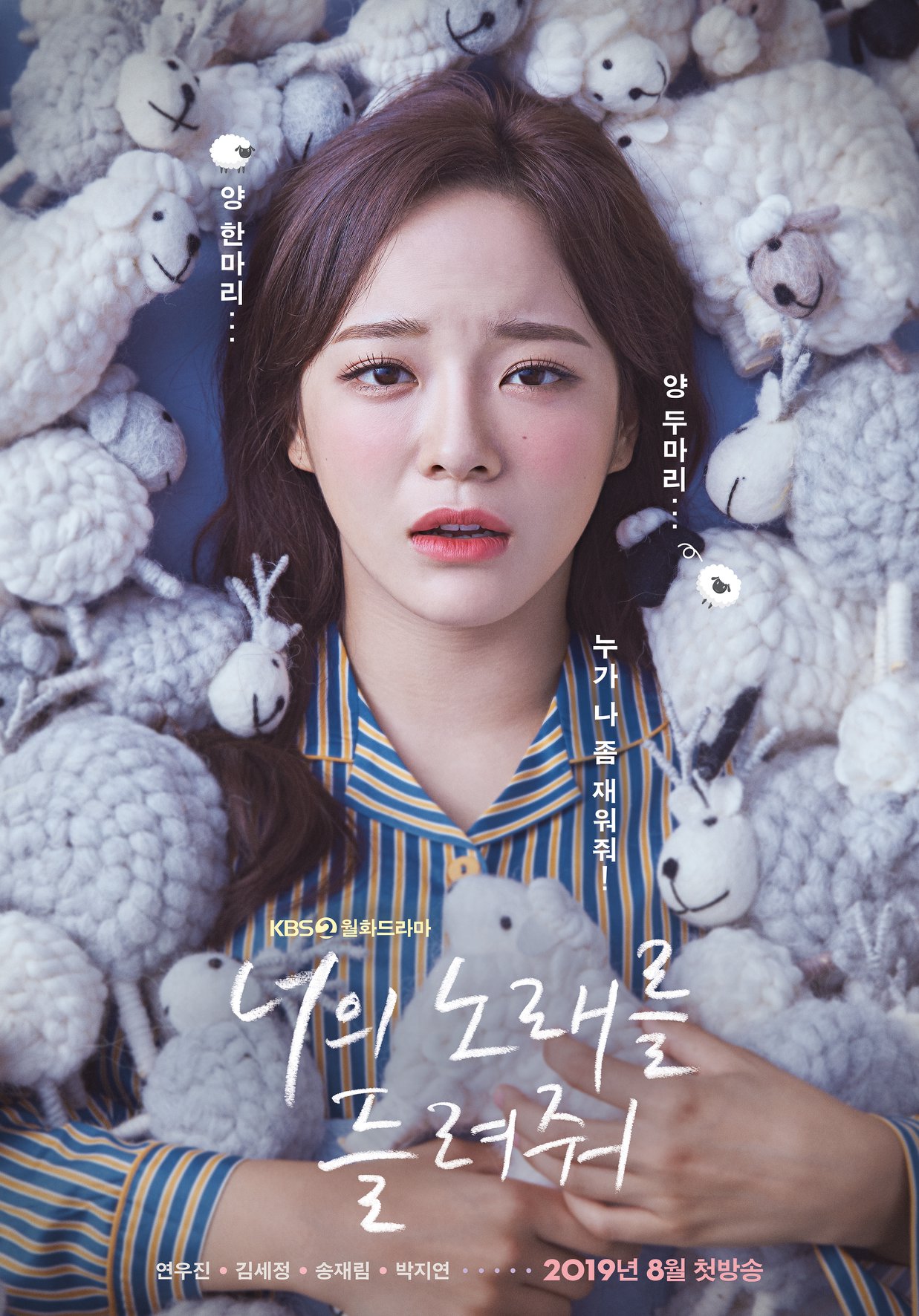 The second poster features Kim Sejeong in a peaceful sleep while Yeon Woo Jin sits on top of a sheep and sings into a mic. The poster reads, “Evening call? This man…who is he?” Yeon Woo Jin’s character is in charge of Kim Sejeong’s rest, as he works part-time to do her “evening calls.” Contrary to the first poster, she looks happily asleep, allowing viewers to wonder what caused her insomnia and how Jang Yoon is able to cure it. 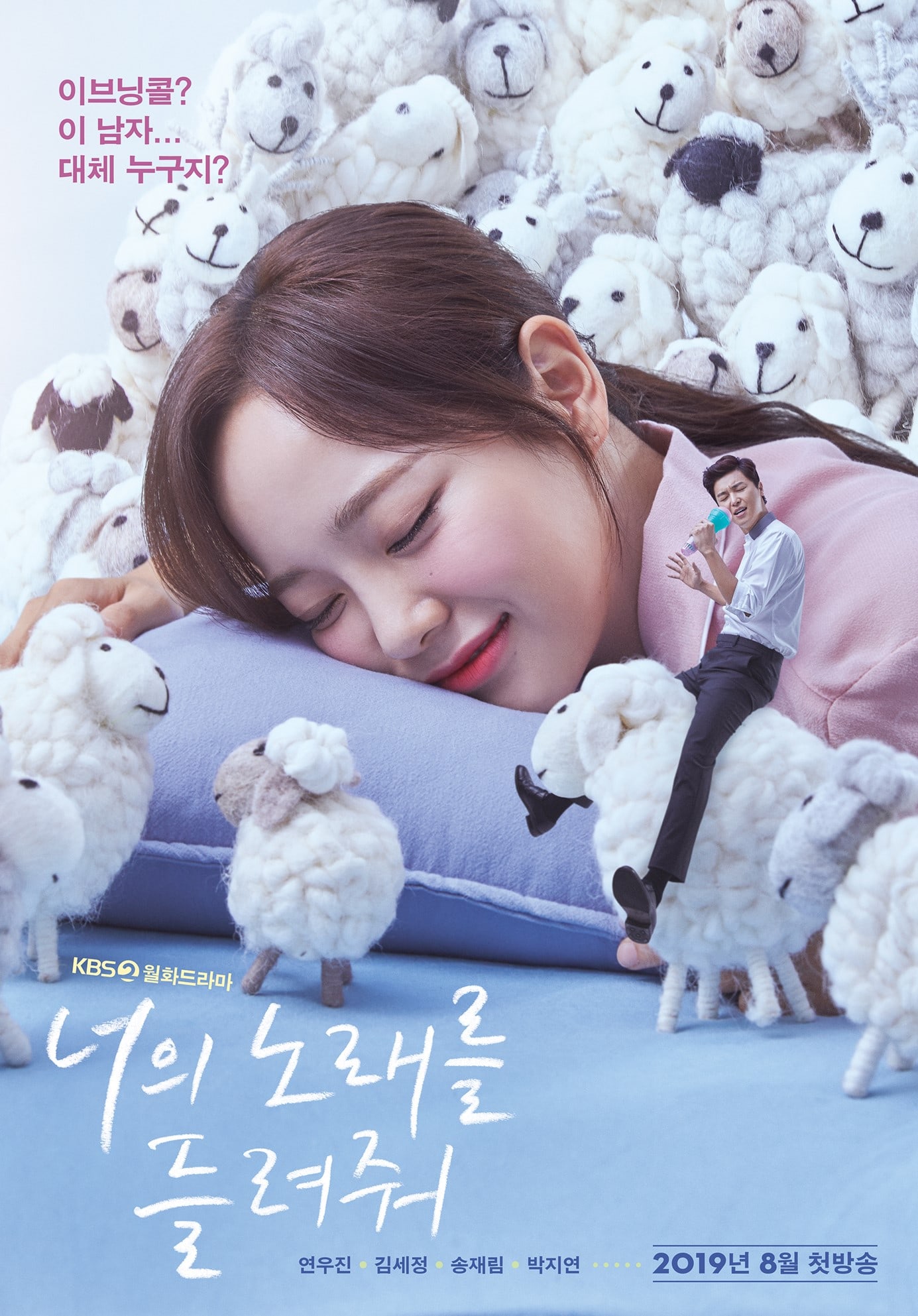 “I Wanna Hear Your Song” airs after “Perfume” on Monday, August 5 at 10 p.m. KST and will be available on Viki!