P.O plays Ji Hyun Joong, the hotel’s frontman who has been working there for 70 years after dying in the Korean war. After appearing in “Encounter” early this year, P.O found himself on many variety shows such as “Great Escape 2,” “Kang’s Kitchen 2,” and “Amazing Saturday,” and now, he is back as an actor.

On how he got his role, P.O shared, “Instead of me choosing it, I feel like I was chosen. I originally had lots of interest in fantasy and have always wanted to try a role like this, so I was very glad when they reached out to me.” 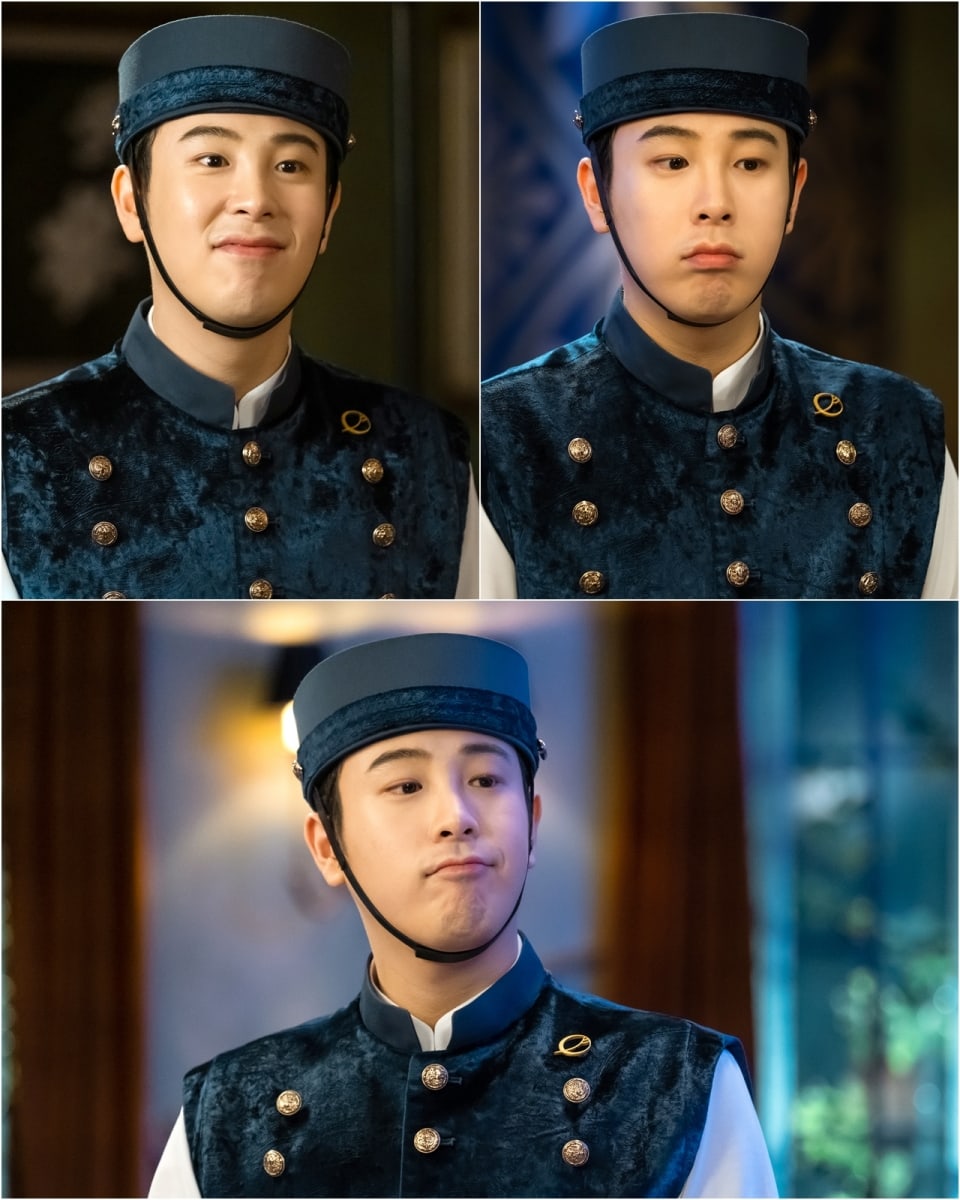 He continued, “I enjoyed working with Shin Jung Geun again, whom I acted with as his son in ‘Encounter.’ Also, I was a fan of ‘My Ahjussi,’ and wanted to see Ji Ahn (IU’s character in ‘My Ahjussi’) become Man Wol firsthand.”

P.O also explained how hard he worked to prepare for this role, saying, “I believe people still carry their youthful selves in their hearts even after they live on to become grandpas and grandmas. Although Hyun Joong is old in age, he is very innocent and has a young heart, and I believe that makes him able to represent other peoples’ feelings. He is a character that is bright and kind, and although he’s someone you’d want to have by your side as a friend, he’s also a sad character the more you think about it.”

Regarding his acting, P.O added, “During ‘Encounter,’ there were a lot of people who worried about whether I would be able to act well. Through this drama, I will try my best to make people say, ‘He’s good at acting.'”

Check out the latest teaser here!

Also start watching “Encounter” below if you haven’t already!

Block B
P.O
Hotel Del Luna
How does this article make you feel?