Rain Shows His Silly Side In New Drama “Welcome 2 Life”

“Welcome 2 Life,” starring Rain, Lim Ji Yeon, and Kwak Si Yang, is a fantastical romantic comedy about a selfish lawyer who gets sucked into a parallel universe because of an accident and starts living a new life as an upright prosecutor. In the drama, Rain will take the role of Lee Jae Sang, a vicious lawyer who helps law-breakers for his own benefit.

On July 10, the drama revealed the unexpected comical side of Lee Jae Sang. In one photo, he stares at his blood-stained fingers in shock, and after realizing his nose is bleeding, he blocks his nose with his finger with a desperate cry and panicky grimace.

In another photo, Lee Jae Sang is attacked by his daughter Lee Soo Ah (played by Lee Bo Na). Surprised by her unexpected farting attack, he blocks his hands and nose with his hand and stares at her in disbelief. Furthermore, his messy hair style and casual wear amuses viewers since it is something a strict lawyer wouldn’t be caught wearing. 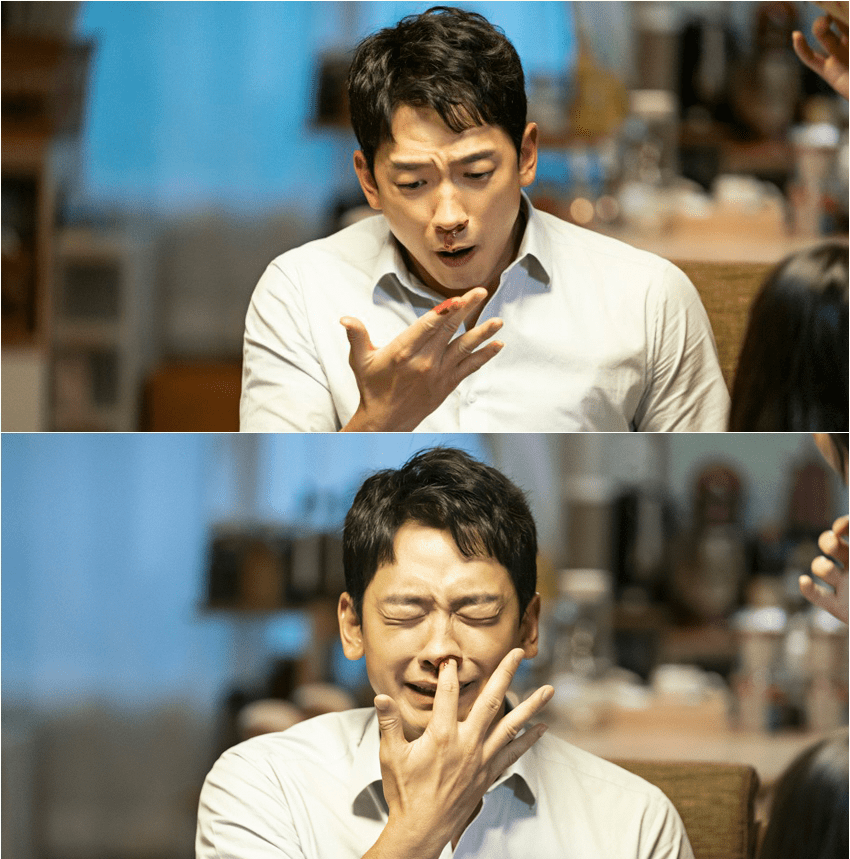 These photos shows Lee Jae Sang in another parallel world by accident. The viewers can feel his shock and embarrassment of his life that changed 180 degrees. This raises expectations for Rain’s skillful performance as a real-life father while making people curious about why his character was drawn into another world and more.

The production crew stated, “During filming, Rain made everyone laugh with his unique comical acting that is not expected of a vicious lawyer. His unimaginable struggles with his new life will make the viewers burst into laughter. Please look forward to it.”

Rain
Welcome 2 Life
How does this article make you feel?