“Absolute Boyfriend” is an SBS drama described as a “romantic melodrama disguised as science fiction.” It tells follows Uhm Da Da, a special effects makeup artist (played by Girl’s Day’s Minah) who has grown hard-hearted after being wounded by love, and Zero-Nine, a humanoid robot built to become the ideal boyfriend (played by Yeo Jin Goo). As Zero-Nine learns more about emotions and love despite being a robot, Yeo Jin Goo has been showing many sides of the warm character.

In the latest episode, there was a big shock when Zero-Nine found out that he was headed towards a “meltdown” in 30 days as his body wasn’t able to handle his growing feelings and began to overheat. His last chance of cooling down before his brain and heart melt was his “heart cooler,” but as it’s broken, he’s at the edge of a crisis with only 30 days left to survive.

Despite that, the new stills show Zero-Nine showing off his cute expressions. It’s described that Zero-Nine walks in with big strides, stops and stands with no expression, and then suddenly puts his hands under his face to make a classic “flower cup aegyo” gesture. Many viewers are wondering what will happen in the next episode, and whether Zero-Nine will be able to be brought back from this crisis. 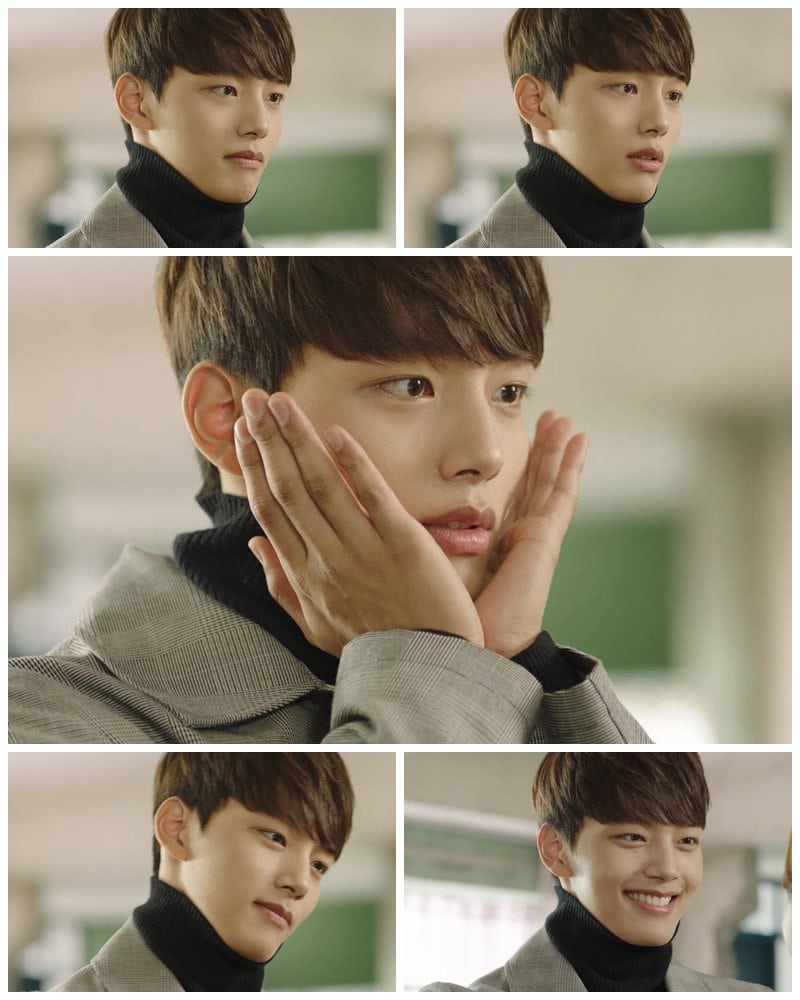 It’s said that Yeo Jin Goo wanted to make this cute scene perfect, so he shared various ideas and checked with the director about each and every detailed gesture and expression. He made the staff on set laugh over how he got shy while rehearsing the scene, but everyone smiled over how he pulled off his character’s serious expression during the real shoot.

The producers said, “It was a filming that made us once again surprised by the acting of Yeo Jin Goo, who has a deep and wide spectrum.” They asked fans to look forward to the July 10 episode that showcases Yeo Jin Goo’s passionate acting and will make viewers even more emotional.