“Moments of 18” has shared new stills of Kang Ki Young as a rookie teacher!

“Moments of 18” is an upcoming drama about the unique perspectives of youth. Ong Seong Wu will take on the role of Choi Joon Woo, a lonely 18-year-old boy who has a hard time expressing his emotions, while Kim Hyang Gi will play the model student Yoo Soo Bin, who is raised under a mother who controls every aspect of her life and lives without a dream.

Kang Ki Young has been praised in every production for enhancing his characters with his independent style. In this drama, he will play Oh Han Kyul, a rookie teacher who seems thoughtless and immature with his love for luxury items but grows into a true teacher as he experiences obstacles with his students. He struggles to connect to Choi Joon Woo who makes him recall his own school days.

In the released photos, Kang Ki Young attracts attention with his intelligent atmosphere and sense of style. In one photo, he smiles warmly with a gentle look in his eyes, but in another photo, he looks both concerned and angry as he grabs onto the backpack strap of one student. Though Kang Ki Young is still a clumsy rookie teacher, he is expected to provide warm sympathy as a “unique adult” who sincerely communicates with his students. 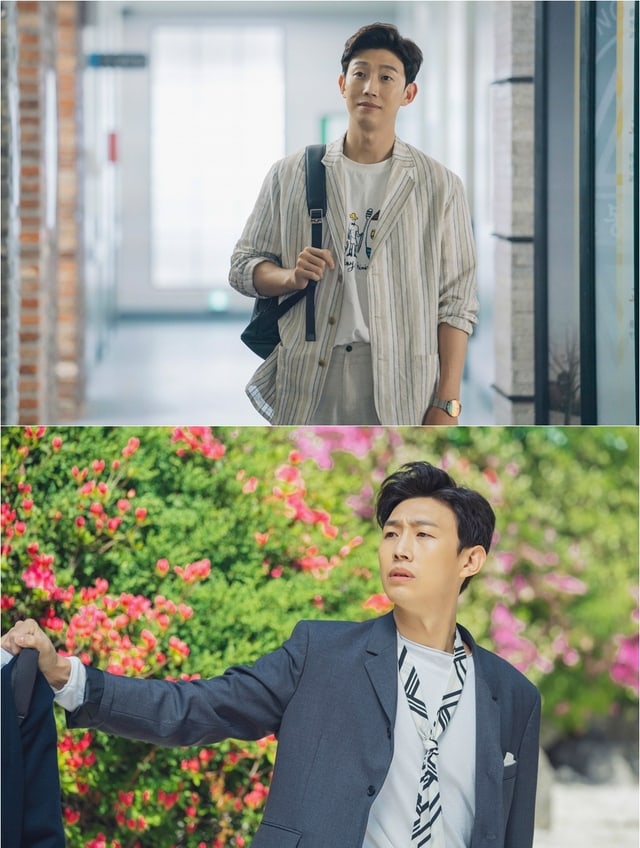 The production crew said, “Oh Han Kyul is a character who shows that even adults can sometimes be clumsy and not yet fully developed. His story of growing with the students will also feature [moments of] relatability. Please look forward to Kang Ki Young’s new charm and his chemistry with Ong Seong Wu, Kim Hyang Gi, and Shin Seung Ho.”

“Moments of 18” premieres on July 22 at 9:30 p.m. KST and will be available with English subtitles on Viki. In the meantime, check out the new teaser here!

Kang Ki Young
Moments of 18
How does this article make you feel?