“I Wanna Hear Your Song” is a new mystery romantic comedy about a timpanist named Hong Yi Young (played by gugudan’s Kim Sejeong), who loses all her memories of the night of a murder. After encountering a suspicious tone-deaf man (played by Yeon Woo Jin), she embarks on a quest to discover the truth.

On July 12, the drama unveiled a sneak peek of Sanggyun in his role as Moon Jae Hyung, Hong Yi Young’s younger boyfriend who does nothing but make her life miserable. The handsome and charming Moon Jae Hyung is a hip hop dancer and barista who can melt women’s hearts with just one smile — and he knows it. Surrounded by older women who are all too happy to buy him meals, he relies on his girlfriend Hong Yi Young for financial support.

Not only does the selfish and immature Moon Jae Hyung think only of himself and not of Hong Yi Young, but he also drives his poor girlfriend crazy by using his young age as an excuse for his bad behavior. The couple’s constant bickering and chemistry will serve as one of the drama’s entertaining comic elements. 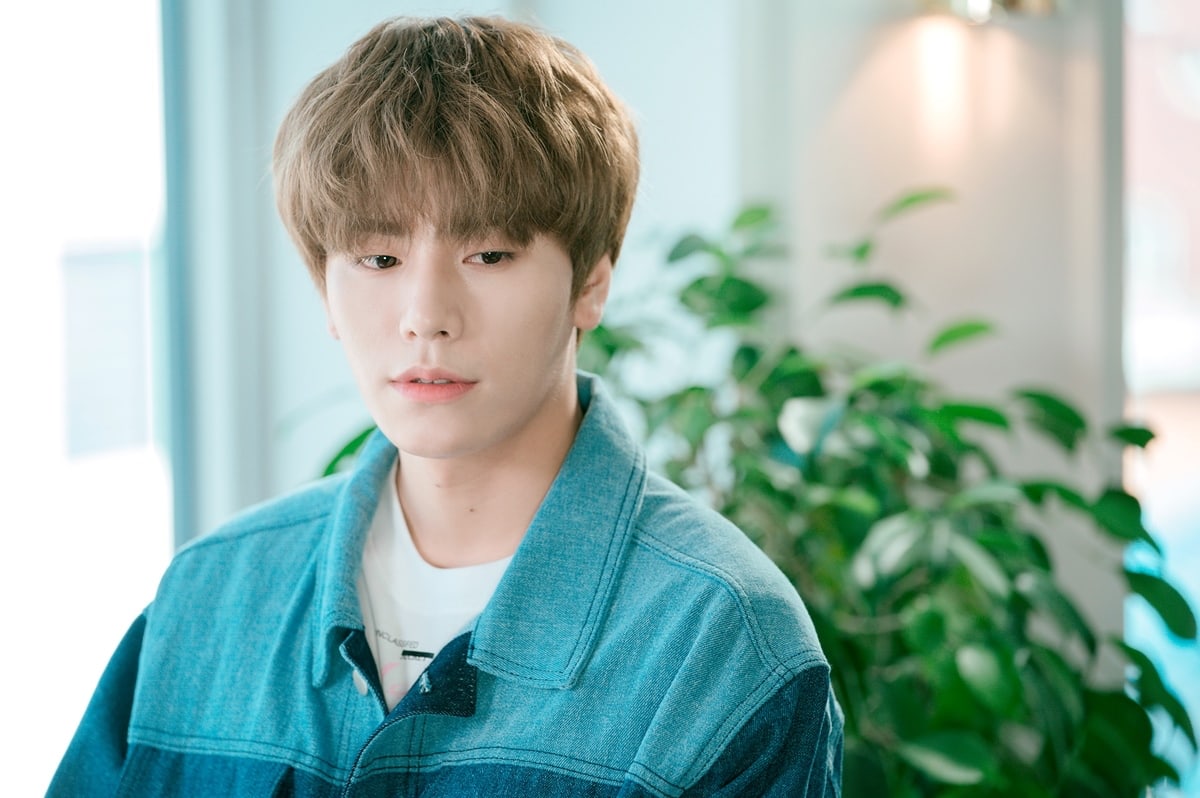 The producers of “I Wanna Hear Your Song” remarked, “Kim Sanggyun is pulling off his character so well that it’s as if the real Moon Jae Hyung actually jumped out of the script.” They added, “Viewers can safely look forward to his performance.”

“I Wanna Hear Your Song” premieres on August 5 at 10 p.m. KST and will be available with English subtitles on Viki. In the meantime, you can check out the first teaser for the drama here!

JBJ95
Kim Sejeong
Kim Sang Gyun
I Wanna Hear Your Song
How does this article make you feel?