JTBC’s “Melo Is My Nature” has unveiled colorful new posters of its starring cast!

“Melo Is My Nature” is an upcoming romantic comedy drama that will follow three women in their thirties as they attempt to navigate dating and the struggles of their daily lives.

On July 12, the drama released new character posters for each of its five leads. Chun Woo Hee’s poster features the actress looking adorably conflicted as the shopaholic drama writer Im Jin Joo, who may have a bit of a spending problem. The contrast between her stylish outfit and her comfortable slippers hints at the gap between her reality and the luxurious life she wants to lead.

The poster captures Im Jin Joo cutely debating whether to blow her latest paycheck, with the caption reading, “Should I go for it? Or not?” 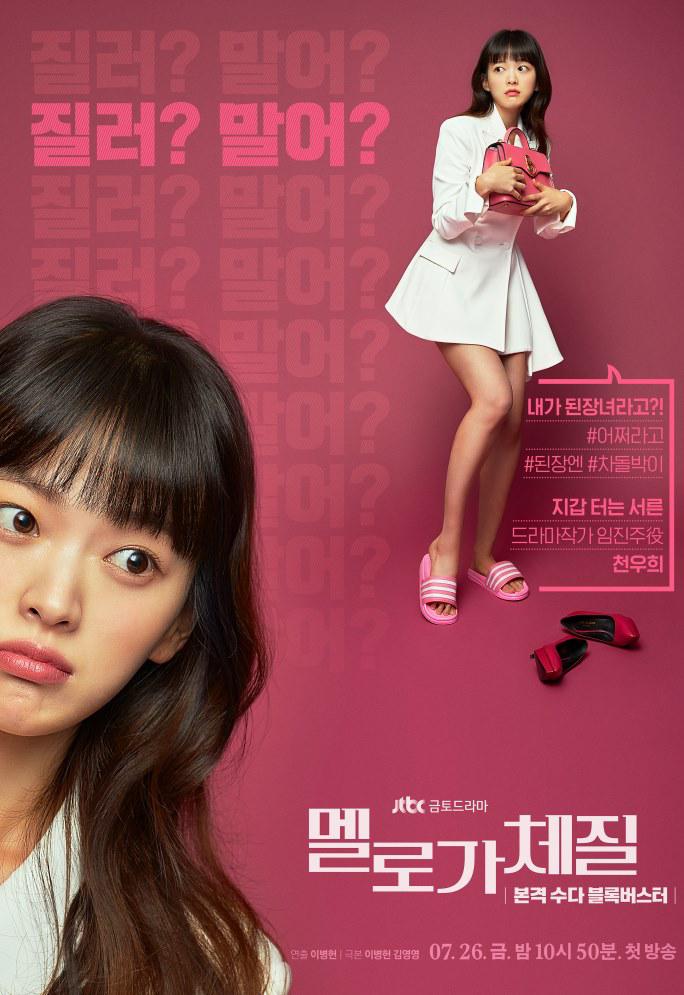 Jeon Yeo Bin‘s poster features the actress staring down the camera as the tough documentary director Lee Eun Jung, who has a bit of a temper and isn’t afraid to speak her mind. The poster’s caption reads, “Should I lose my temper? Or not?” 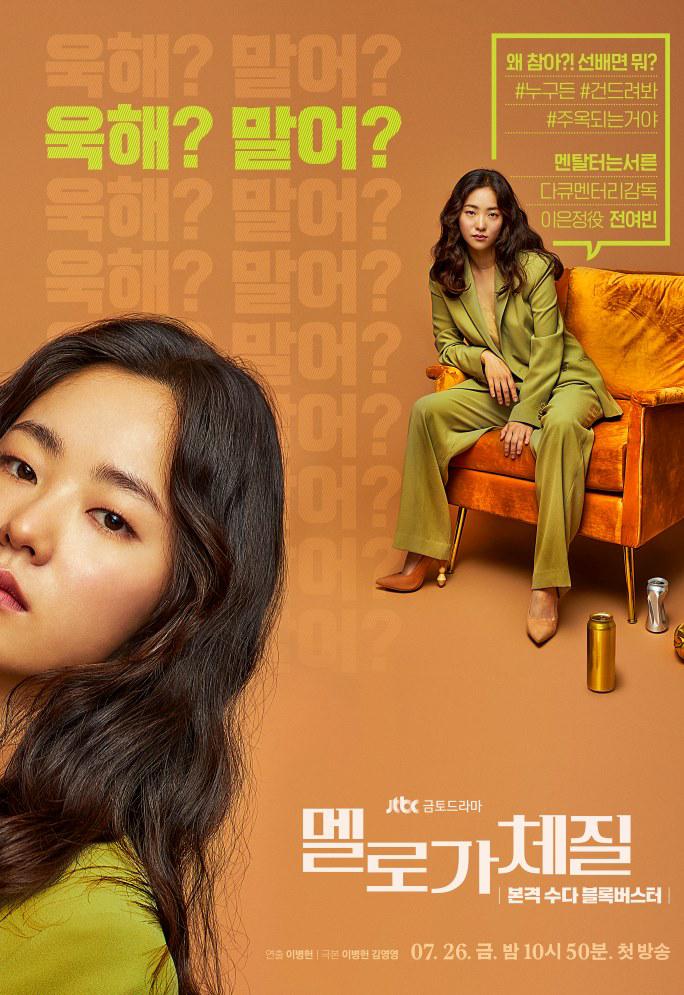 Han Ji Eun‘s poster shows the actress looking helpless as her character Hwang Han Joo, a single mother who works as a marketing director at a drama production company. Highlighting the stress of her daily life, in which she must always pretend that things are fine even when they aren’t, the caption reads, “I’m not okay. I’m okay.” 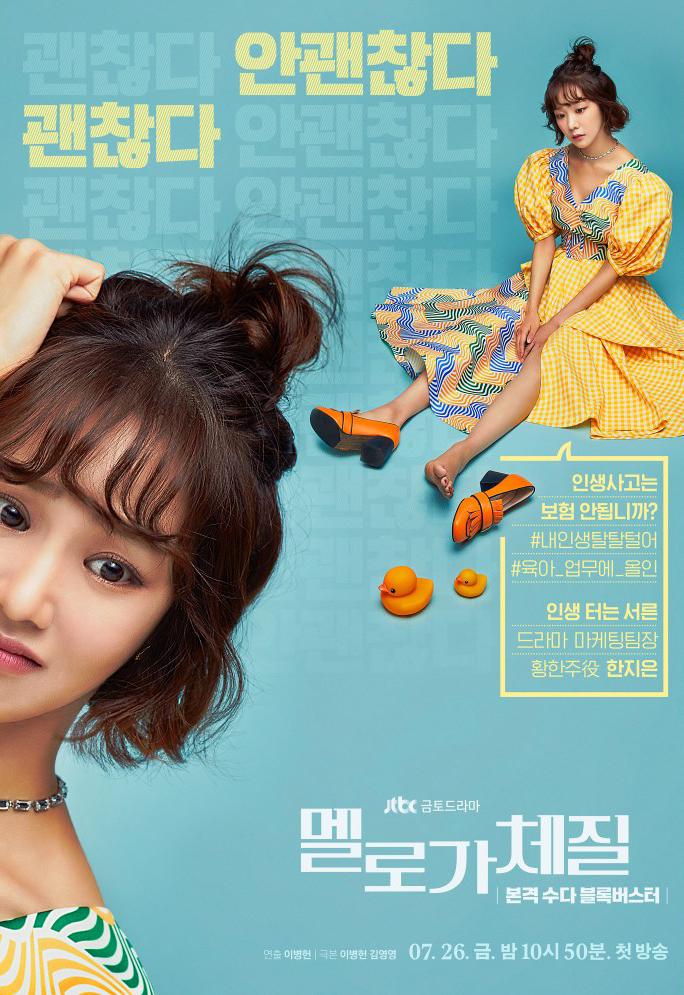 Ahn Jae Hong’s poster features the actor in character as the perennially bored Son Bum Soo, a famous drama producing director (PD) who, after rising to success in the blink of an eye, has lost interest in his work and fallen into a dull routine. His lack of passion for both dramas and his own life shows through in the caption, which hilariously reads, “Meh. Yeah, it’s meh.” 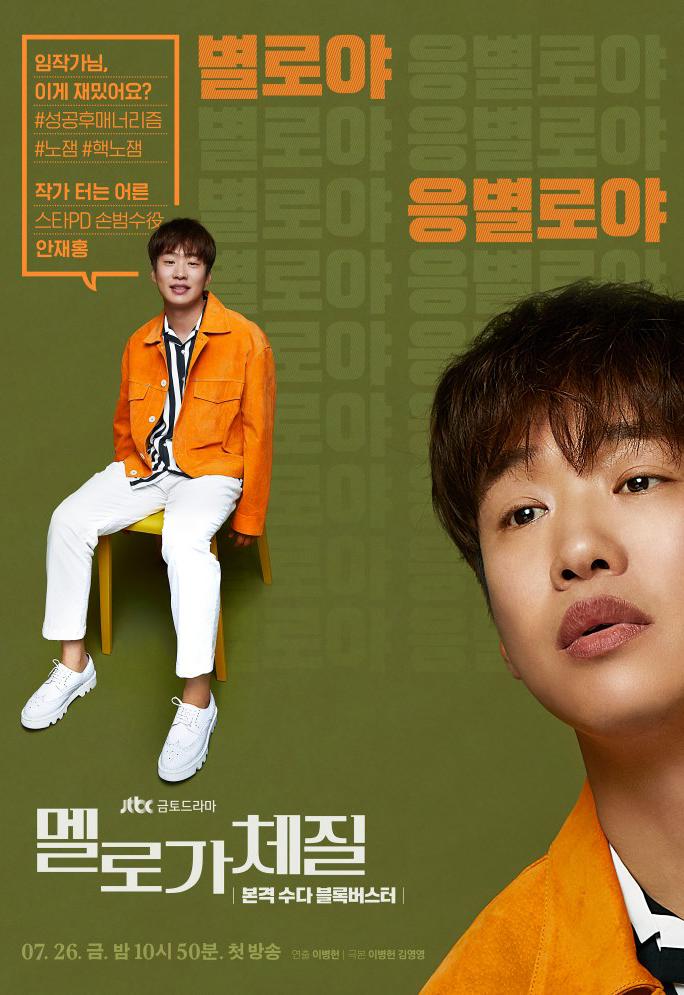 Finally, Gong Myung’s poster captures the actor looking adorably distraught as his character Choo Jae Hoon, a rookie employee who joins Hwang Han Joo’s marketing team. The young, childlike Choo Jae Hoon has fallen for someone and is debating whether to make his move. The poster’s caption reads, “Go? Stop?” 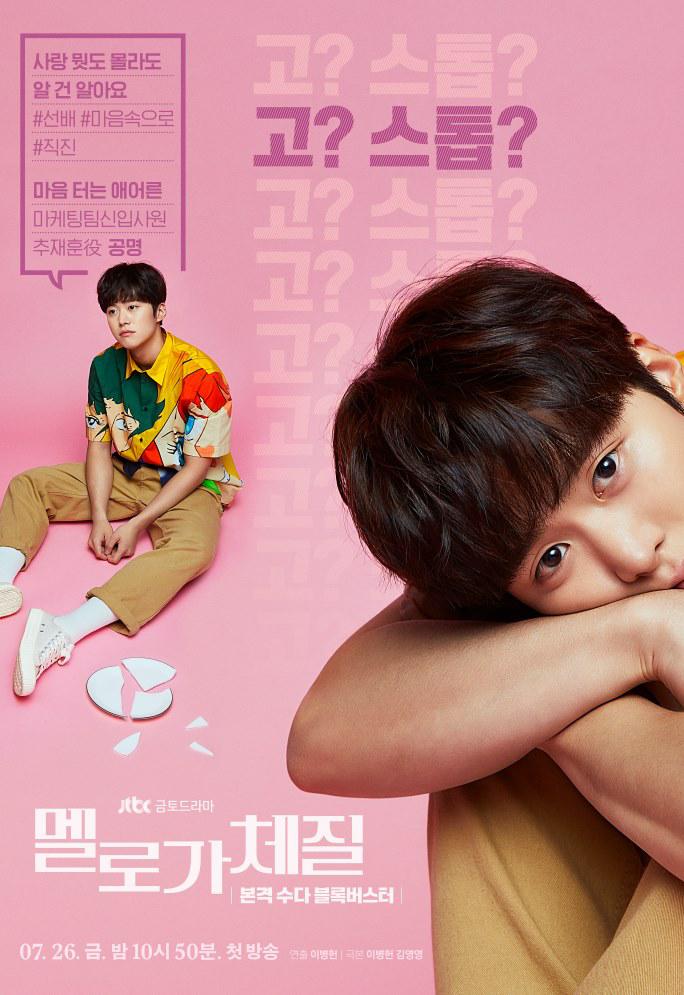 “Melo Is My Nature” premieres on July 26 at 11 p.m. KST and will be available with English subtitles on Viki.

In the meantime, check out a trailer for the drama below!