It was recently announced that the former After School member, who gained a large fanbase while competing on “Produce 48” last year, has parted ways with Pledis Entertainment.

She released the track “Remember You” on July 5 before leaving the agency, and a music video for the song was shared on July 12! The track expresses her feelings of gratitude towards her fans for always being by her side and supporting her.

It was also announced on July 12 that Lee Ga Eun will hold her first solo fan meeting titled “Remember Us” on July 28 at Lounge X in Gangnam N Tower.

The organizer Music Classico stated, “We hope that this will be a precious and happy time for Lee Ga Eun and her fans, and we have prepared it so that she can spend precious and meaningful time with her fans who have waited a long time while supporting her and sending her love.” They added that Lee Ga Eun is taking part personally in the planning of the event for her fans, and so they ask everyone to show lots of love. 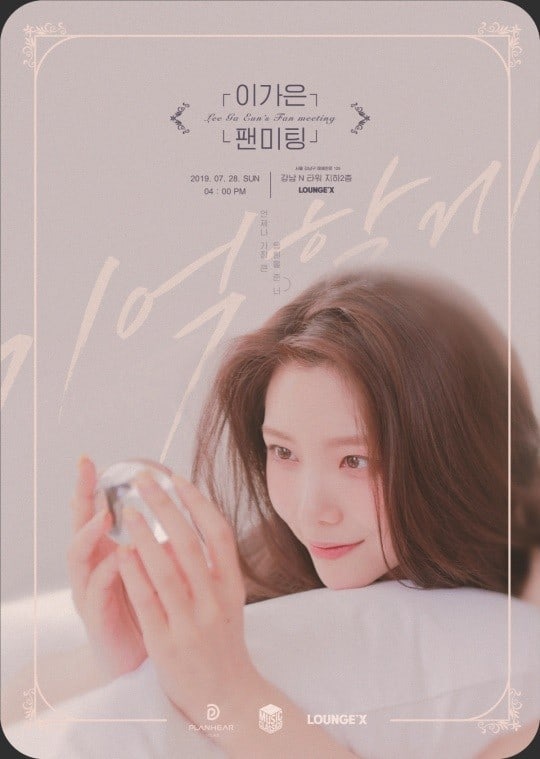 This will be Lee Ga Eun’s first official event after the conclusion of her contract with Pledis. It’s said that after her fan meeting, Lee Ga Eun will be concentrating on her next activities.

Lee Ga Eun
How does this article make you feel?