Sulli Describes What She’d Do If She Saw An Ex

On the July 12 episode of “Night of Hate Comments,” the hosts and guests shared their thoughts on dating and more.

Comedian and actress Kim Ji Min said, “It’s always brought up when I go on variety shows. I’ve never dated in secret or been hit on like that, but somehow I’ve ended up with that image. I’ve become a ‘scandal trouble maker.'”

She mentioned publicly dating and said, “Why would you tease an actress or female singer about their ex-boyfriend? But they do.” She added, “There haven’t been many broadcasts where I was the one to bring it up.” 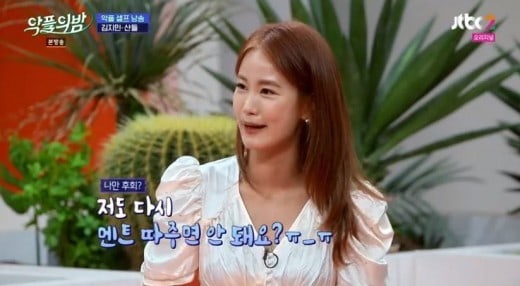 Shin Dong Yup shared a story about how he’d purposely been late to a wedding because he didn’t want to run into an ex-girlfriend when everyone was taking photos.

Sulli said, “I think I’d be so happy to see them. Since they were someone who was on my side, I think they’d seem like family. So I’d buy them a meal.” She added, “I haven’t met them yet.” Shin Dong Yup then joked that it seems like she shouldn’t have been born in Korea. 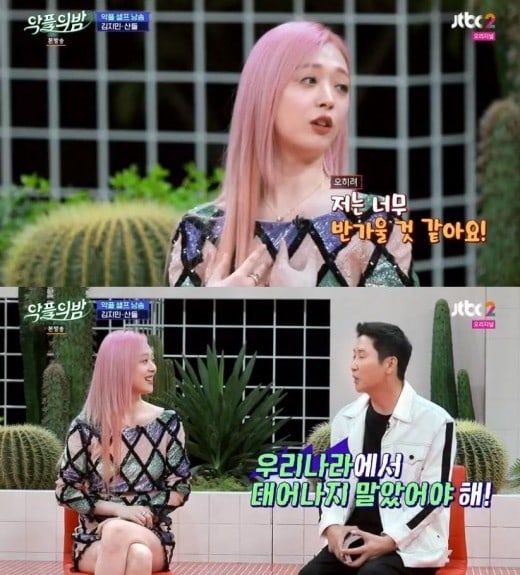 Sulli
Kim Ji Min
Night of Hate Comments
How does this article make you feel?