“Hotel Del Luna” will tell the story of an elite hotelier Goo Chan Sung (played by Yeo Jin Goo) who finds himself running the Hotel Del Luna with the beautiful but hot-tempered owner Jang Man Wol (played by IU).

In the new stills, Jang Man Wol can be seen holding a pot of evening primrose flowers with a ribbon that says, “Goo Chan Sung, happy birthday.” The two maintain eye contact for a while, and then Goo Chan Sung finds himself looking directly at Jang Man Wol as she tilts his head up with her finger. He’s taken aback by the sudden lack of personal space, and she leans in to give him his birthday gift. 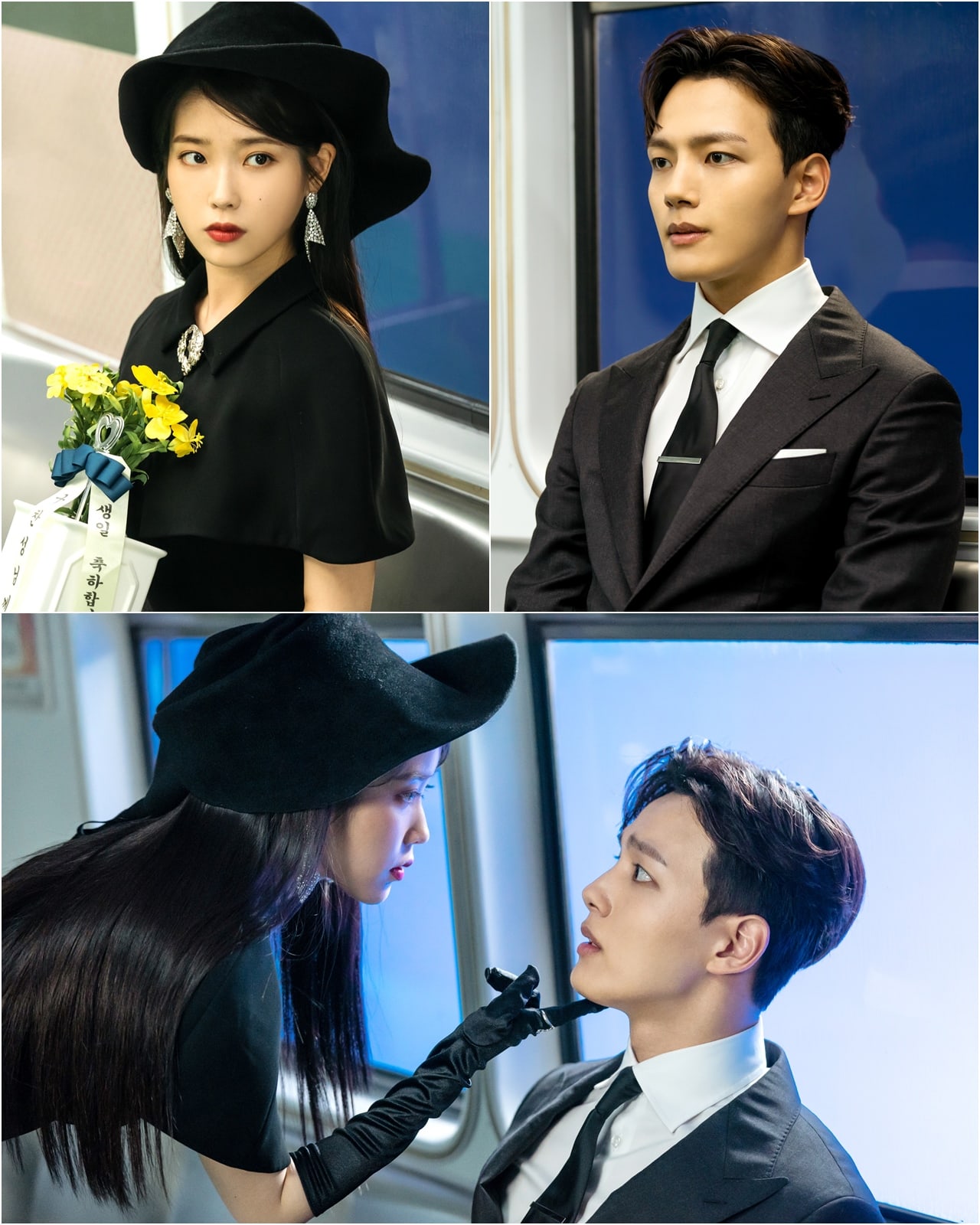 Goo Chan Sung is a world-class elite hotelier, so much that three of the world’s best hotels are hoping to bring him in. However, Jang Man Wol says, “I’m going to give you something a little different for your birthday this year,” and gives him the gift of being able to see ghosts. He tries to fight back and says, “Why are you showing me that?” and she simply replies, “You’ll find out if you come to the Del Luna.”

The production staff said, “The new stills released on July 13 show Jang Man Wol and Goo Chan Sung’s first meeting after he becomes an adult. How the two actually first met, and why Jang Man Wol approaches him with flowers for his birthday will be revealed soon, so tune in to the first episode.”

“Hotel Del Luna” will premiere on July 13 at 9 p.m. KST and will be available on Viki with English subtitles!

Check out the preview for the first episode below: