5 Chinese Fantasy Dramas That Will Keep You Spellbound

Fantasy has always been a mainstay in popular culture. Look at “Game of Thrones,” “Harry Potter,” and “Star Wars.” There’s just something about fantasy that spurs a devoted following. Maybe it’s escapism, or maybe it’s that we all want a little magic in our lives. These stories might feel larger than life, but at their very core, they are still stories about humans. The themes of love and overcoming challenges are universal and relatable.

Chinese fantasy dramas, in particular, are rooted in Chinese mythology and religions (i.e. Buddhism and Taoism). They involve the existence of a heavenly world above the earth where gods, buddhas, and spiritual beings dwell, and an underworld where the dead go. 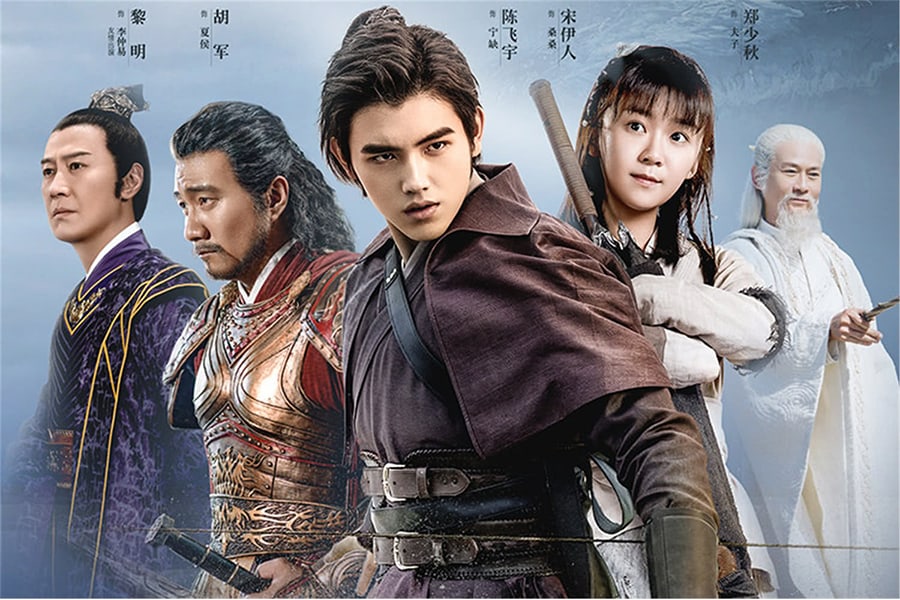 “Ever Night” takes place in a fantasy world where people cultivate mystical and special powers. It has long been prophesied that the arrival of the eternal night will throw the world into chaos. Hence, everyone is looking for the child of Hades who has been said to bring about this chaos.

Ning Que (Chen Fei Yu) longs to be a cultivator and study under the renowned Fu Zi in the Tang Academy. Even though the condition of his body prevents him from cultivating, he overcomes his lack of natural talent and eventually becomes a student in the Tang Academy. His seemingly ordinary handmaiden, Sang Sang (Song Yi Ren), also has a hidden identity that will change the course of their lives.

Much has been said about the high production value of this drama. Indeed, it is beautifully shot with gorgeous landscapes to boot. Poor CGI and cinematography can distract you from fully immersing yourself in the world of the drama. In “Ever Night,” the amazing cinematography, production design, music, and expansive world work flawlessly together to transport you straight into the drama.

A sequel, premiering in 2020, will pick up from the end of the first series. Season 1 has already set the world and delved into the conflict. I hope the sequel ties up the loose ends of the storylines and shows us more character development.

Get immersed in the world of “Ever Night” now! 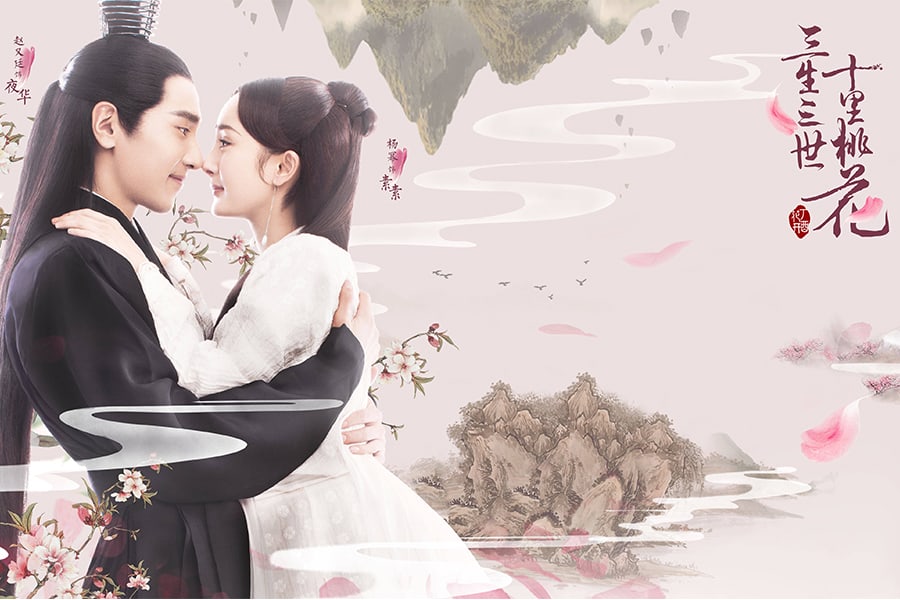 A fox spirit, Bai Qian (Yang Mi), meets the Crown Prince of Heaven, Ye Hua (Mark Chao), when she goes through a trial in the mortal world. “Eternal Love” is essentially about their love story across three lives in three worlds, through tens of thousands of years. True love, y’all.

Unlike “Ever Night,” the show mainly takes place in the heavenly realms where spirits and immortals go through mortal trials to gain status and power. Even among immortals, there are different tiers of power. I love that Bai Qian becomes a super powerful high goddess that commands respect even among the powerful immortals.

The concept of time in the celestial realm can be mind-boggling, but you will get used to time skips of thousands of years. Just remember that they are eternal beings, and time is only a number to them.

All in all, “Eternal Love” is an addictive fantasy drama. It is fast-paced and the plot is always moving, which is rare as most long series tend to drag a little in the middle. This is also my go-to for a rewatch. Yes, I even sit through the heart-wrenching moments again because no pain, no gain.

The sequel, “Three Lives, Three Worlds: The Pillow Book,” that focuses on the show’s other pairing, Bai Feng Jiu and Dong Hua Di Jun, is also set to air this year. 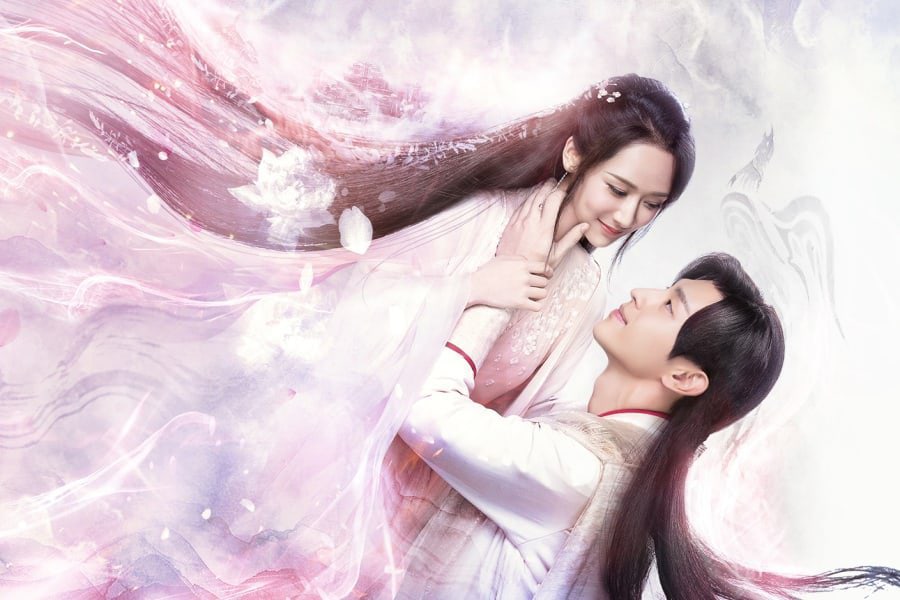 Similar to “Eternal Love,” “Ashes of Love” is also set in the heavenly realms. Upon learning that her daughter will go through a tumultuous love trial, the Flower Deity decides to give her baby daughter, Jin Mi (Yang Zi), a magical pill that prevents her from feeling love.

Jin Mi grows up without any contact with the outside world until one day when she meets the God of War, Fire immortal Xu Feng (Deng Lun). She follows Xu Feng to the celestial realm and meets Xu Feng’s older brother, Run Yu. The brothers fall in love with her, not knowing that she is unable to feel love. Thus the love triangle begins against the backdrop of political battles among the different realms.

Like in “Eternal Love,” Jin Mi and Xu Feng also go through a mortal trial in this drama. Even though it has a bittersweet ending, I adore the mortal trial arc because there aren’t like ten thousand obstacles between them. The stakes are lower; I get to watch them be cute and fall in love freely.

The romance is really the main draw here. Don’t be fooled by the pretty and fluffy poster; the romance gets angst-y in the latter part, but it’s worth the ride. Our main duo has great chemistry! It wouldn’t take you long to start making heart eyes at the very handsome and madly in love Fire Immortal, Xu Feng, too.

Fall in love with “Ashes of Love” here! 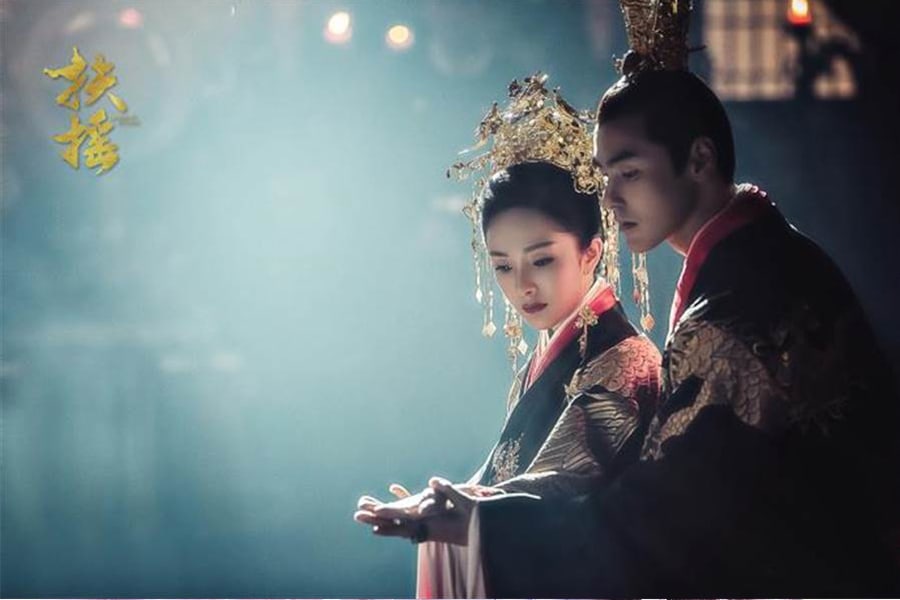 Meng Fuyao (Yang Mi), a lowly slave who masters an invincible fighting technique by chance, is tasked to collect the secret orders of the five Kingdoms. With that, she journeys across the five kingdoms to fight against evil and restore peace to the lands. She is joined by the mysterious Crown Prince Zhangsun Wuji (Ethan Juan), and they fall in love in the process. “Legend of Fuyao” is an epic fantasy period drama with something for everyone — political intrigue, adventures, cool action sequences, meaningful character growth, and a sizzling love story. You want it? You got it.

Ultimately, the drama is a coming-of-age story for both Fuyao and Wuji. It is satisfying to witness how they gradually and naturally change through their trials and relationship with each other. Their romance is definitely the thing that keeps viewers entranced. The actors have great chemistry together, and they look so natural and comfortable with each other that their love feels genuine.

Come and join in the journey with Fuyao now! 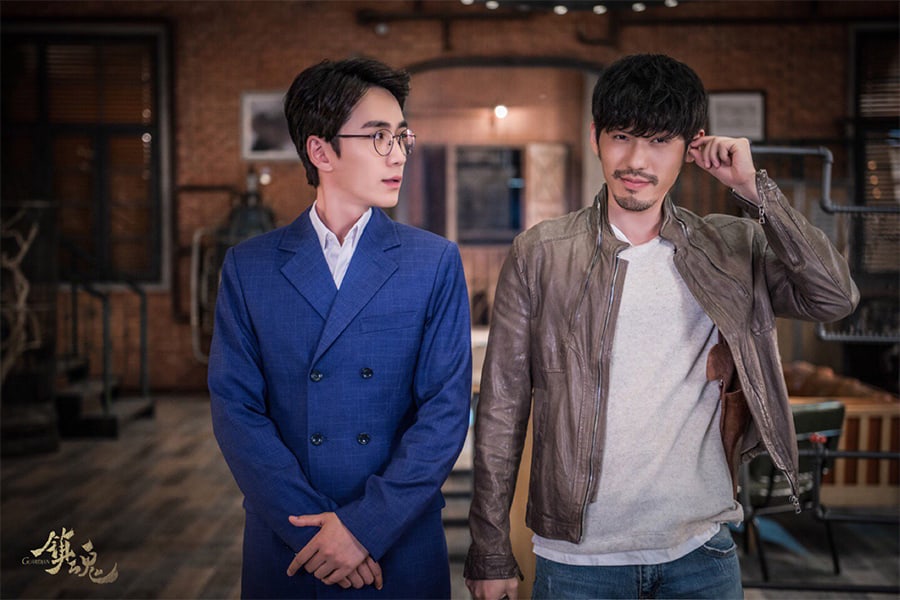 The only modern Chinese fantasy drama on the list, “Guardian” is a web drama that became a cult favorite in 2018. And for good reasons!

The drama is set on a planet called Haixing that is populated by humans and two alien races, Ya Shou and Dixing. Zhao Yunlan (Bai Yu), the lead investigator of the Special Investigation Department, investigates cases related to the Dixings. He works together with biological engineering professor Shen Wei (Zhu Yi Long) to fight against mysterious evil foes.

The drama was adapted from a popular internet novel. However, due to censorship issues, the production team had to modify several elements of the novel (namely the romance between the male leads). Even though they had to change the nature of their relationship, there were several easter eggs in the drama for readers of the novel. What could not be shown explicitly on the show actually cultivated a more fervent discussion among fans online to analyze every action of the characters.

Even if you’re not familiar with the novel, there’s something about the subtle hints of romance that is quite addictive. Yes, it’s portrayed as bromance, but the subtext is there. It’s in the way the actors embodied their characters, and how they can convey so much in just a glance. Bai Yu and Zhu Yi Long really made the show for me. I can rave about them all day!

By no means is “Guardian” a perfect drama, but the show was captivating because of how it rose above its challenges and became a product of its restrictions.

Hop on the “Guardian” bandwagon here!

What do you think of the list, Soompiers? Do you have other Chinese fantasy dramas to recommend? Let me know below!

Soompi Spotlight
Legend Of Fuyao
Ashes of Love
Ever Night
Guardian
Eternal Love
How does this article make you feel?