LOONA’s Chuu shared her thoughts on her first acting experience.

“I didn’t particularly think that I had to act after debuting,” began Chuu. “I did get vaguely ambitious while watching the friends around me practicing acting in preparation for their entrance exams. I felt motivated and thought that it would be nice to act in the future.”

She continued, “When I imagined what kind of character I’d portray if I acted in the future, it was the same kind of character as Han Eun Sol. I got ambitious about portraying this character. It was a character I really wanted to get while monitoring other projects, and I was able to do so through a good opportunity.”

LOONA showcased their acting skills through the web drama “Do You Remember the First Time We Met?” but members of the unit yyxy including Chuu were unable to do so because the series was over before the members were revealed. However, her teammates’ experience in acting allowed Chuu to receive advice and support from her fellow members.

“Our members saw the script,” said Chuu. “They said that I met a character that was the perfect fit for me. They also said that they were looking forward to it. I asked the most questions to Heejin who appeared on ‘Do You Remember the First Time We Met?’ about adjusting to the atmosphere of the set, what I can do to understand the script well, and more. The most helpful advice was that I needed to memorize the script in order to act naturally, so I memorized the script while filming.” 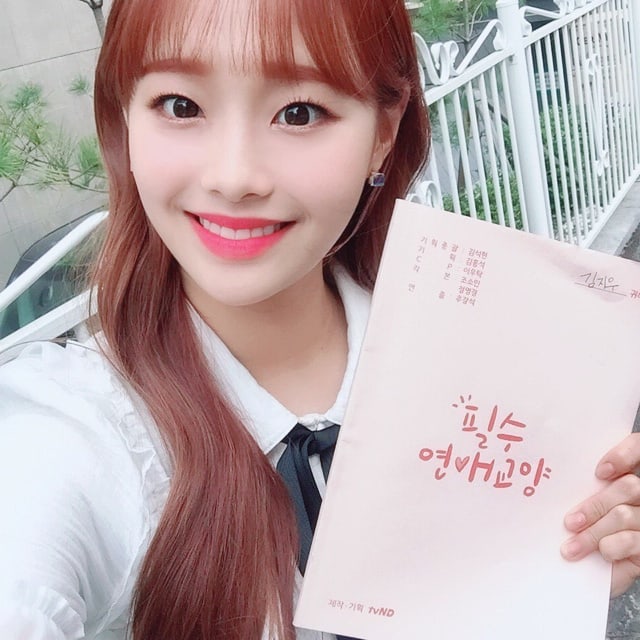 Acting for the first time, however, was not easy. Chuu ran into difficulties and felt nervous on set. She explained, “The atmosphere on set was good, but I got too nervous and messed up my lines. I kept getting it wrong, so I kept saying, ‘I’m sorry,’ because I felt bad. I even said, ‘I’m sorry,’ in my sleep. But I became more and more accustomed to the set, looked up words I didn’t know, and wrote them down in my notebook. I stopped saying ‘I’m sorry’ in my sleep after the first day of filming.”

Chuu appeared in “Compulsory Dating Education” with other idols such as fromis_9’s Jang Gyuri and KNK’s Seoham. Jang Gyuri and Chuu especially had many things in common. The two idols debuted around the same time, and they also made their acting debuts together through this drama. After portraying best friends in the series, they ended up becoming best friends in real life.

“We got along really well while filming together,” said the LOONA member. “We ran and walked together on the field to get rid of our nerves. We also ate together and cheered each other on during our comebacks. We were together from morning to dawn on the next day so we couldn’t not get close.”

She continued, “I had wanted to get to know her from a while ago, and Jang Gyuri also told me wanted to become close friends with me. I think it’s fate that we met and worked together on the set like this. We talked a lot when we were together and found many things in common while sharing stories about concert preparations, diet tips, and food.” 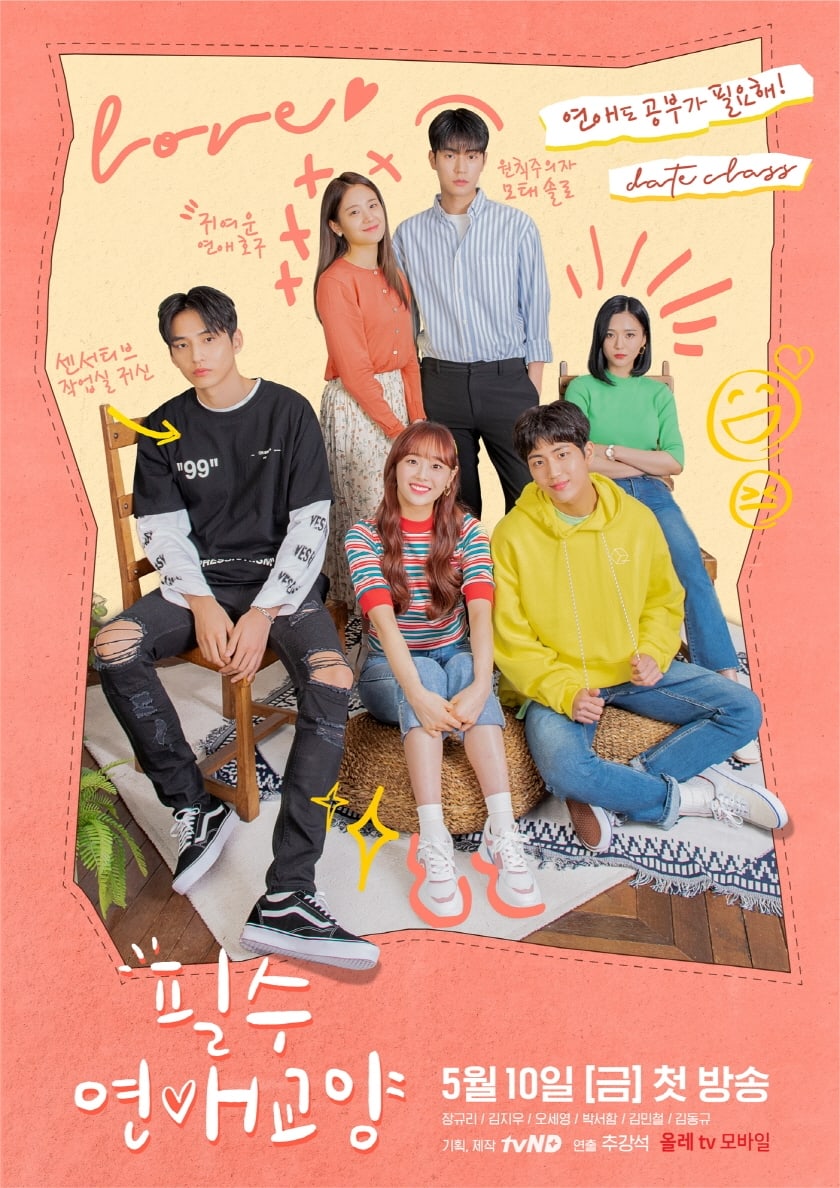 When asked to rate her acting, Chuu commented that it was a hard question. After some pondering, Chuu replied, “I want to give myself a score of 70 out of 110! In front of the camera, there were things I wanted to express that came out in a restrained way and things I wanted to restrain that were expressed in an exaggerated way. I think that my acting will be natural after I watch, feel, and research a lot of characters. I think I need to broaden my knowledge with various books and films.”

She concluded, “Through my first acting experience, I became more interested in acting. I want to try it again if I get another chance. I have a lot of interest in the fantasy genre. I remember changing my phone after watching ‘My Love from the Star‘ because I enjoyed it so much. School genres like ‘Compulsory Dating Education’ are good too, and I want to try the fantasy genre as well. I want to work harder and satisfy everyone with my acting.”

LOONA
Chuu
How does this article make you feel?