On the latest episode of “Ask Us Anything,” ITZY’s Chaeryeong talked about how her dancing stacks up to that of her sister IZ*ONE’s Lee Chae Yeon!

All five members of ITZY appeared together on the July 13 broadcast of the JTBC variety show, where Super Junior’s Kim Heechul pointed out that Chaeryeong’s older sister was also a celebrity. Seo Jang Hoon immediately exclaimed, “I know who it is! Earlier, I was looking at Chaeryeong, and I thought, ‘I’ve seen her face before.’ We met her older sister when IZ*ONE [came on the show].”

The “Ask Us Anything” cast members marveled at the two sisters’ resemblance and the fact that they were both talented dancers. Kang Ho Dong then asked, “Did you see your older sister’s dance performance on ‘Ask Us Anything’?” Chaeryeong replied, “I did. She looked really cool.”

Kang Ho Dong went on to ask if she thought that Lee Chae Yeon’s skill level was higher than her own, and Chaeryeong responded without hesitation, “Yes, her [skill level] is higher than mine.” 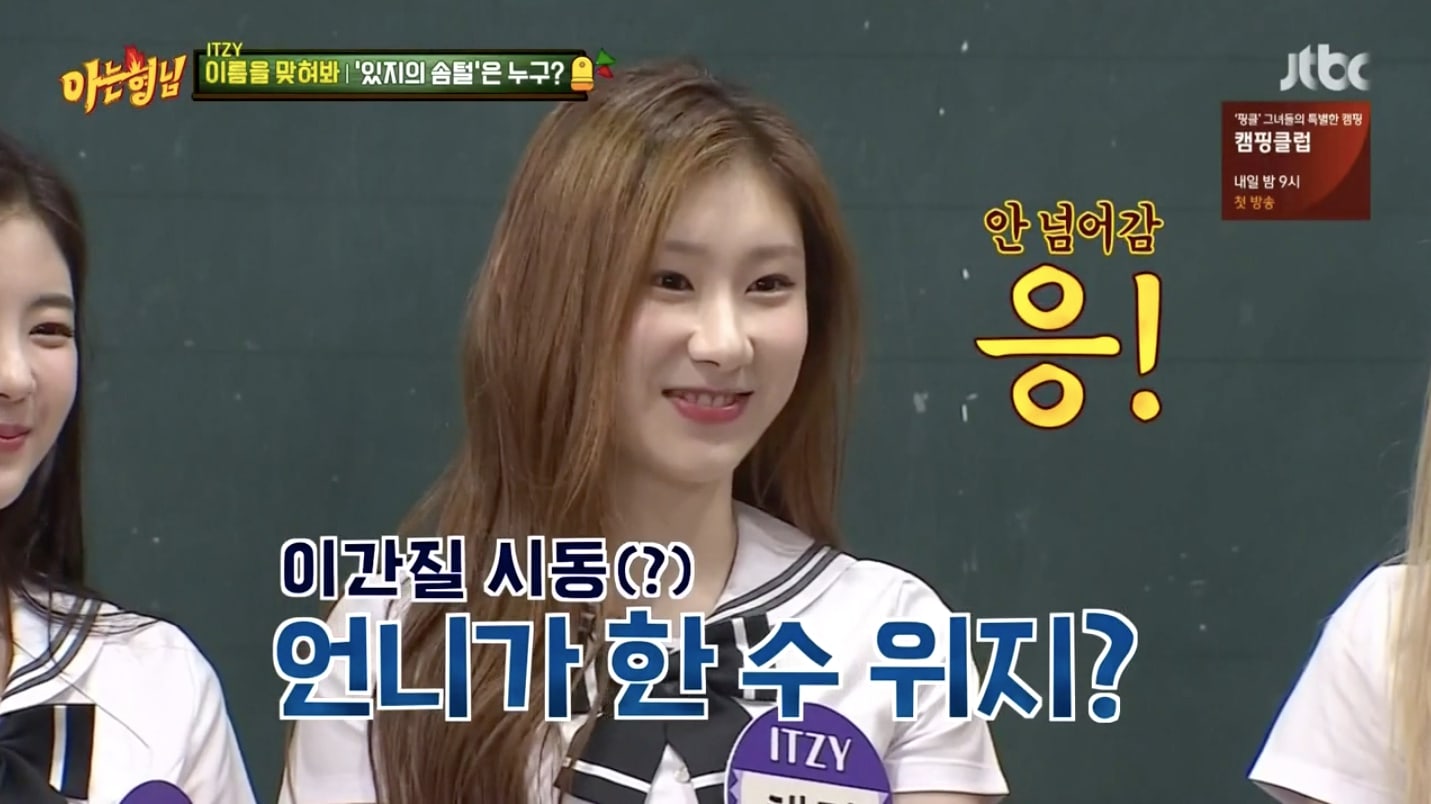 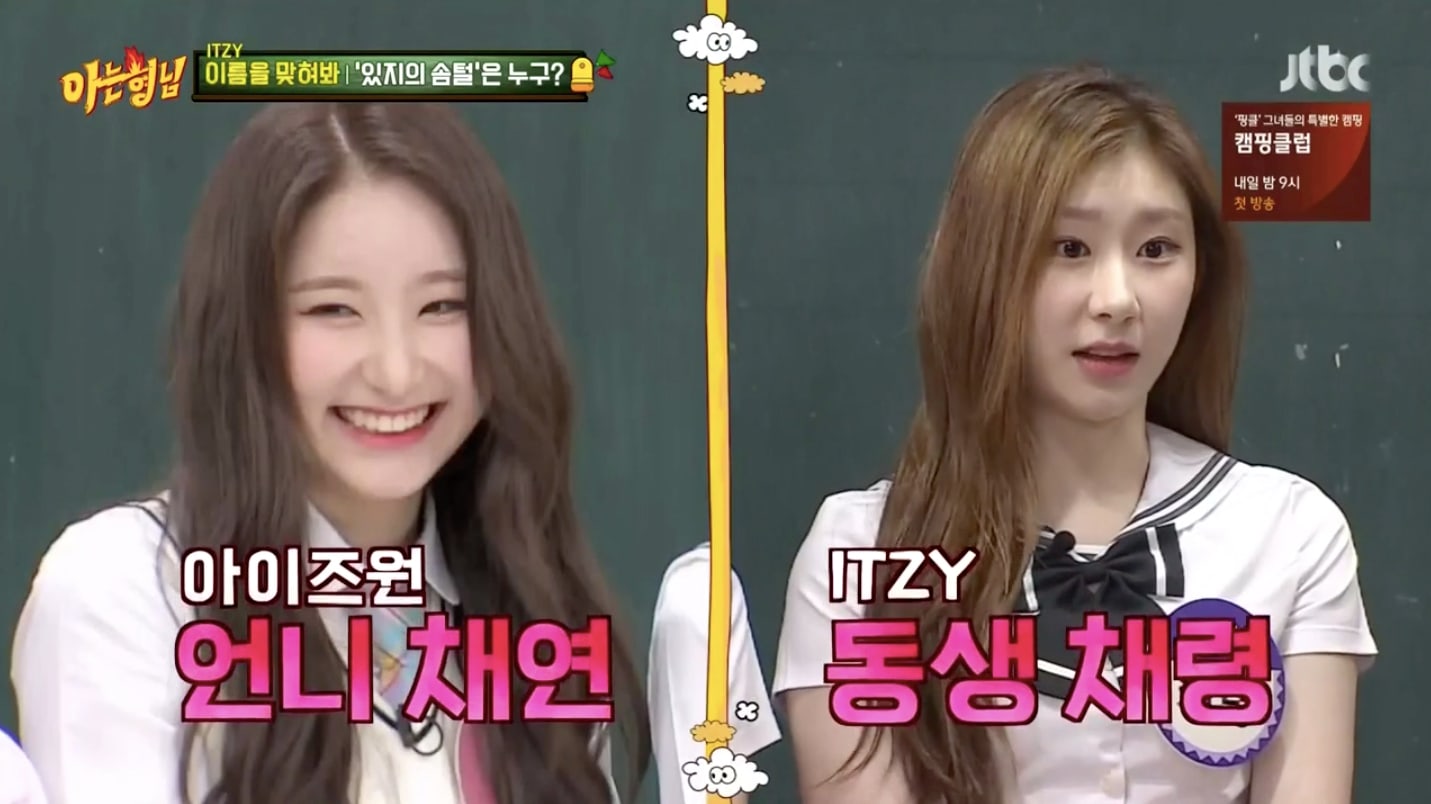 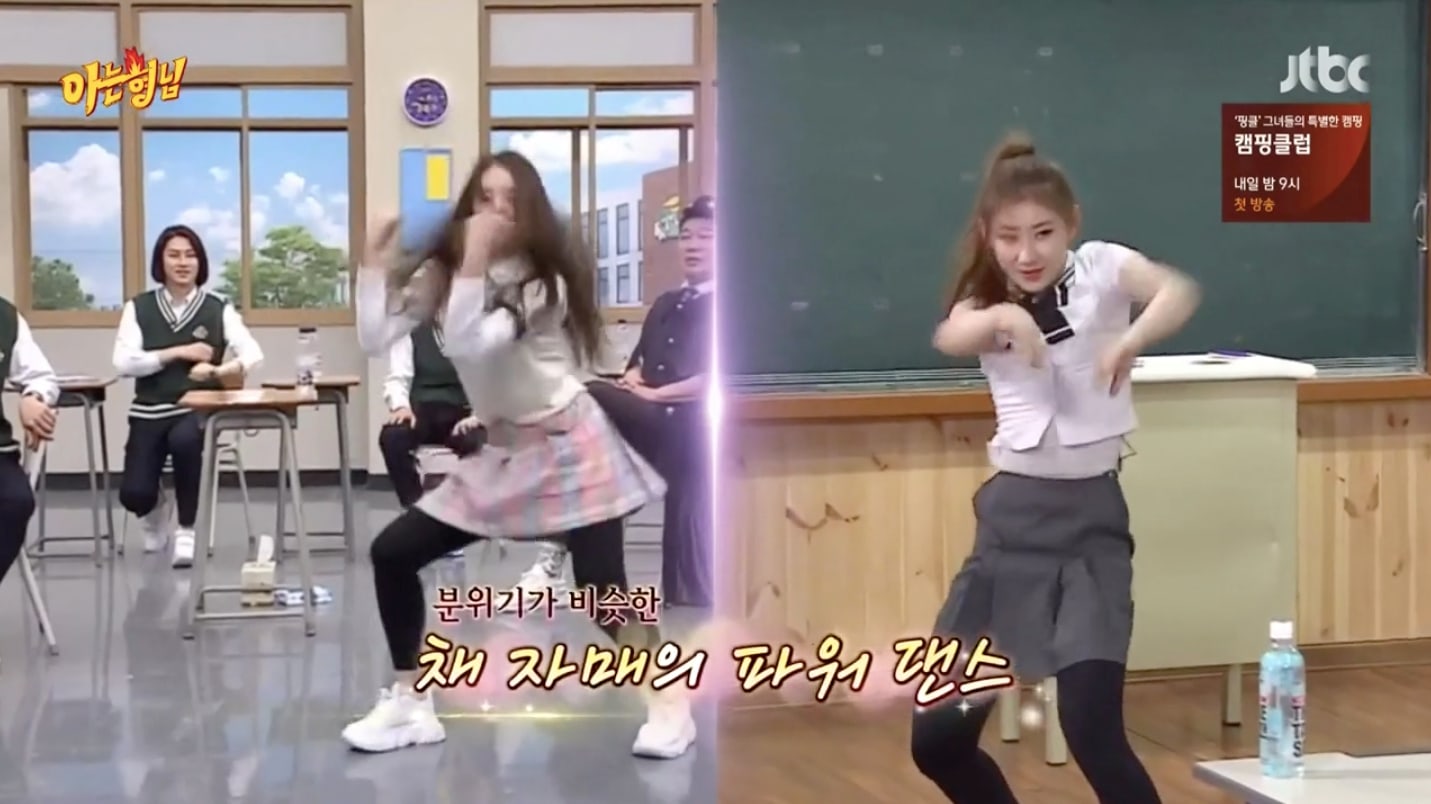 ITZY is currently gearing up to make their first comeback on July 29 with their new mini album “IT’z ICY.” Check out their latest teasers here!

You can also watch a recent episode of “Ask Us Anything” with English subtitles below:

Lee Chae Yeon
Ask Us Anything
Chaeryeong
IZ*ONE
ITZY
How does this article make you feel?