Watch: ITZY Scares The Living Daylights Out Of “Ask Us Anything” Cast By Pretending To Be Ghosts

ITZY made a spooky transformation on the latest episode of JTBC’s “Ask Us Anything”!

The rookie girl group made their first-ever variety show appearance on the July 13 episode of the program, where they definitely kicked off their variety careers with a bang.

During the episode, which featured the second installment of the “Ask Us Anything” field trip special, the cast members took part in various activities for their very first field trip before being taken to an empty school at night.

The cast immediately noticed that something was amiss about the school, and they erupted into complaints as Seo Jang Hoon fearfully declared, “If this is a horror special, I’m going to warn you in advance. If someone jumps out [to scare me], I’m really going to hit them. If I’m scared, I’m going to just go for it and hit them really hard. To the actors playing ghosts, I’ve warned you.”

Min Kyung Hoon went on to point out, “It’s an abandoned school,” before asking nervously, “Why did they turn off all the lights?”

Unbeknownst to the cast, the five members of ITZY were all waiting to scare them in different ways. As soon as the cast members stumbled upon Lia, who was waiting for them in a bridge position, they began screaming and backing away in terror—and just as they had regained their calm, Ryujin jumped out from behind a white sheet. 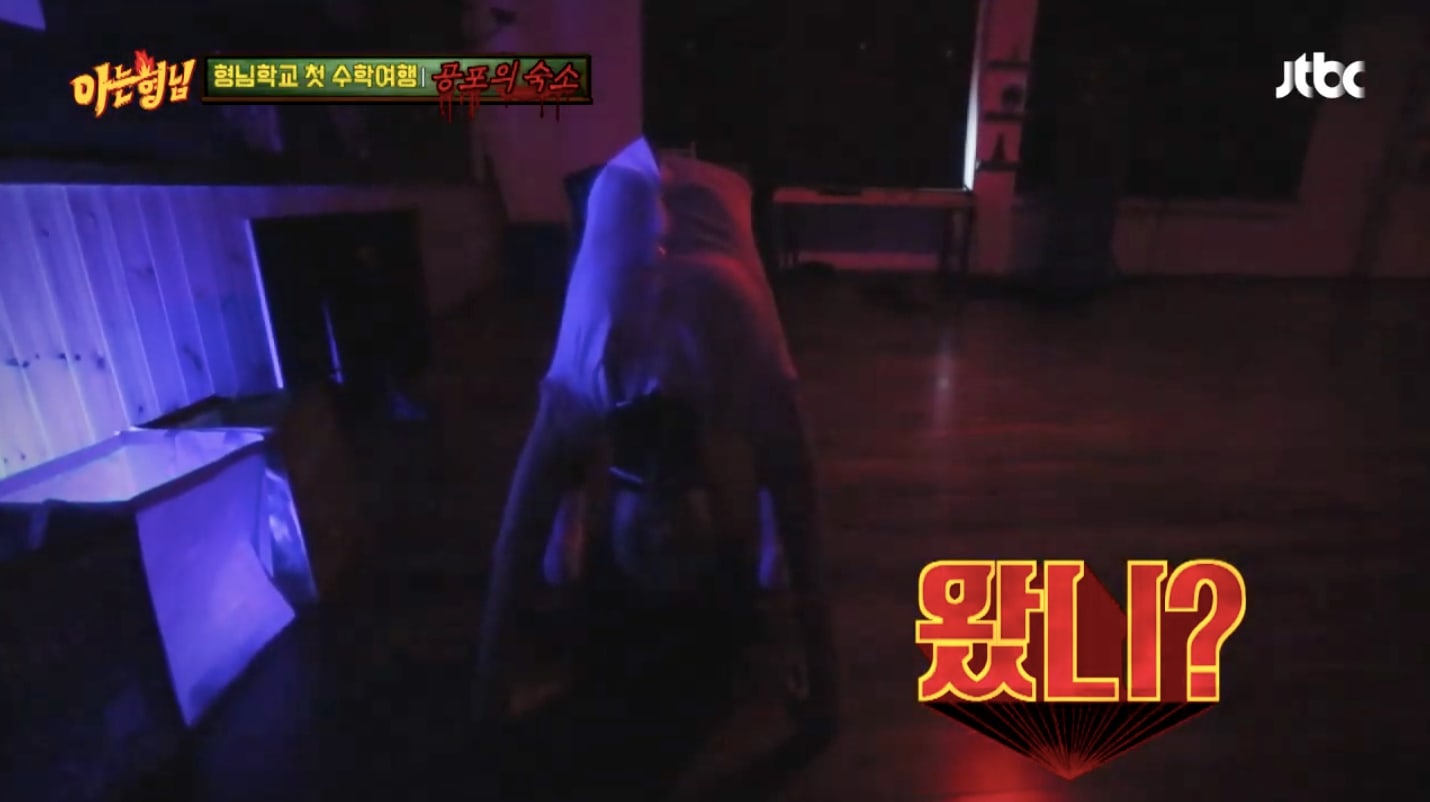 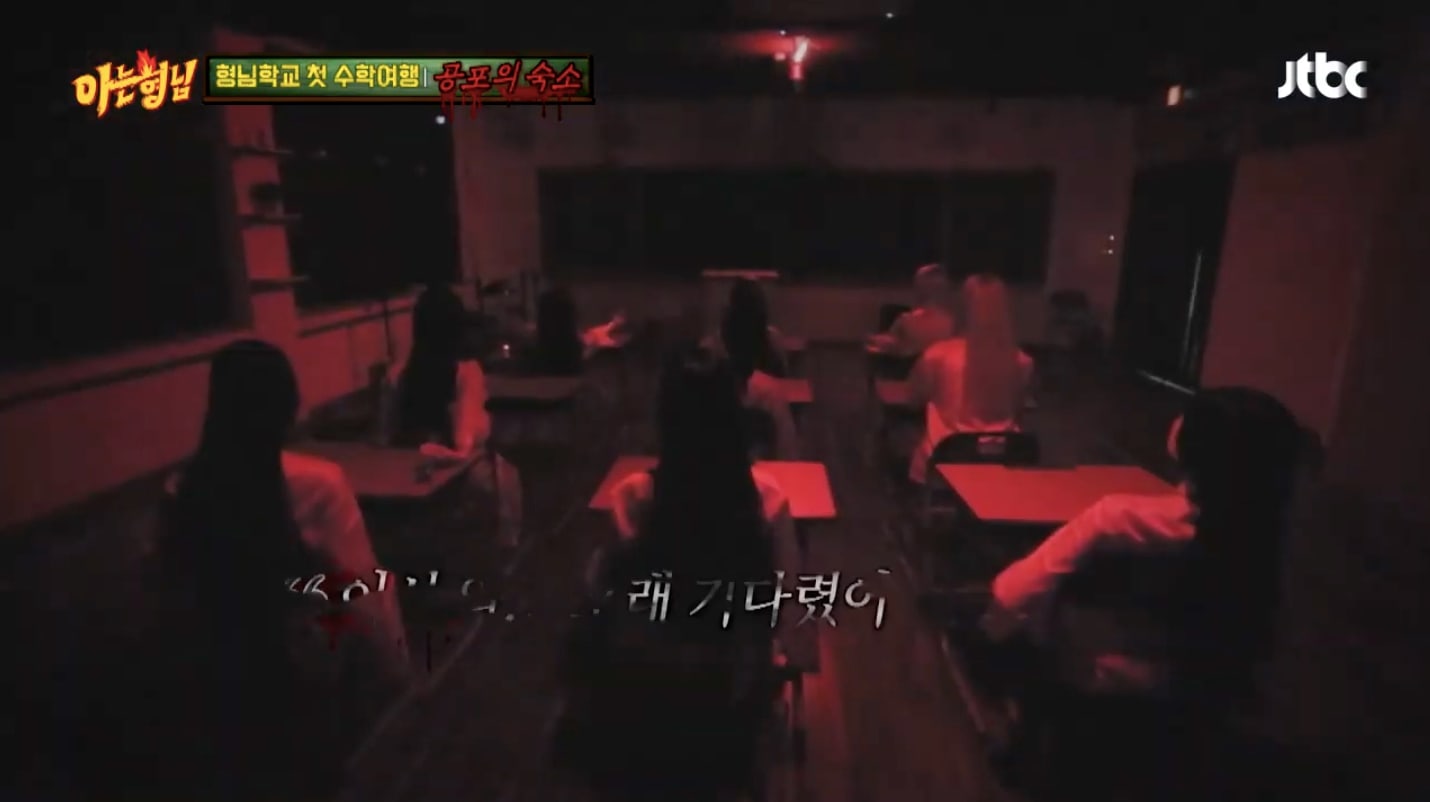 A dark classroom also featured a creepy set-up of multiple mannequins sitting at the school desks, with Yuna hidden amongst them. When she suddenly jumped up and began advancing towards the cast with zombie-like motions, the cast members rushed back out of the room to avoid her, and Seo Jang Hoon frantically repeated his warning that he would hit anyone who came at him.

Finally, Chaeryeong used a flashlight to create a ghostly effect as she appeared before the cast members—but the light also allowed Super Junior’s Kim Heechul to recognize her, just before Yeji made a dramatic entrance of her own.

Once he’d seen Chaeryeong’s face, Heechul immediately shouted, “It’s ITZY!” However, for some reason, his new knowledge still didn’t stop him from running away from her and Yeji as fast as he could. 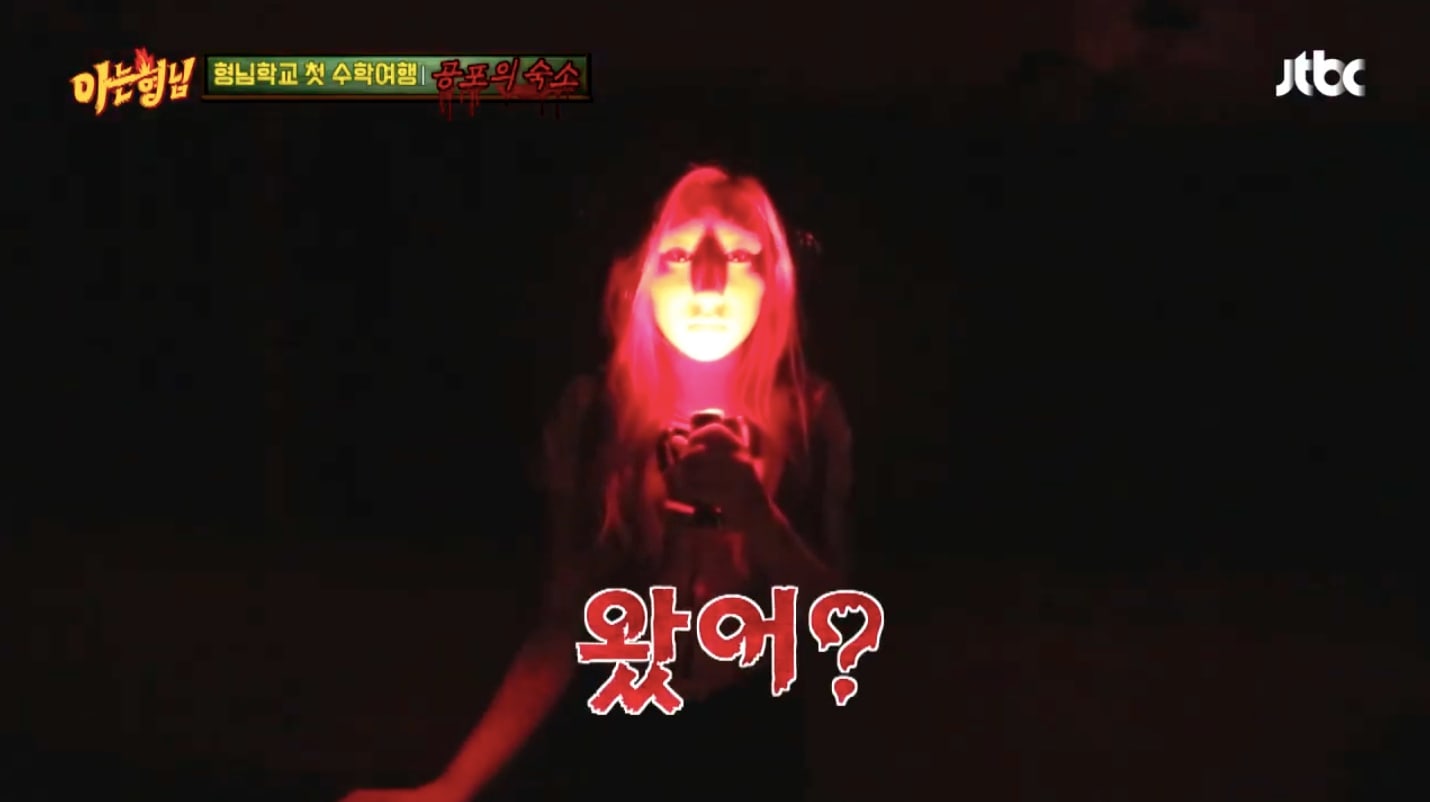 Watch the hilarious clip of ITZY scaring the “Ask Us Anything” cast below!

Ask Us Anything
ITZY
How does this article make you feel?