On the July 14 episode of SBS’s “My Ugly Duckling,” Ye Ji Won appeared as a special MC.

The MCs brought up her kiss scene with Kim Jong Kook in the 2015 KBS drama “Producer.” Ye Ji Won appeared embarrassed, and Park Soo Hong‘s mother said, “I understand because it was acting.” Kim Jong Kook’s mother made everyone laugh, saying, “She almost became my daughter-in-law.”

Ye Ji Won explained that she and Kim Jong Kook brainstormed many ideas for their lip-locking scene. “There were many scenes of me annoying Kim Jong Kook,” said the actress. “I had to be aggressive during the kiss scene, and we were able to film smoothly because Kim Jong Kook went along with everything.” 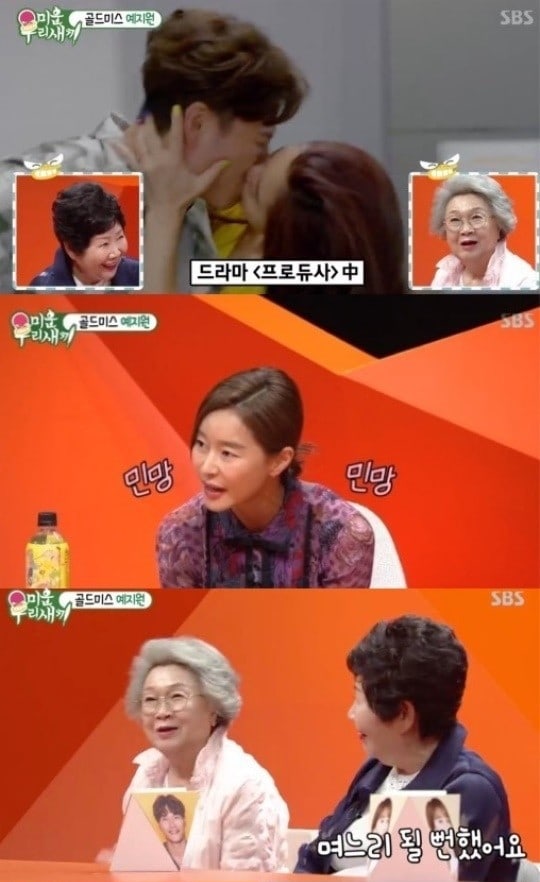 Watch the full episode of “My Ugly Duckling” below: