On July 14, action star and martial arts director Lee Soo Min and the actress held a press conference at the New Hilltop Hotel in Seoul ahead of their wedding.

The couple announced their wedding news in June after a year of dating. Sun Woo Sun appeared in a mini wedding dress and posed affectionately for the camera with her soon-to-be husband.

Sun Woo Sun began, “I’m getting married a bit late, but I’ll live happily,” and Lee Soo Min added, “First off, thank you. It still doesn’t feel real, but it might when I’m standing in the wedding hall. We’ll work hard and live happily.”

As for how they first met, Sun Woo Sun said, “While filming a movie last October that hasn’t been released yet, I met him at action school.” 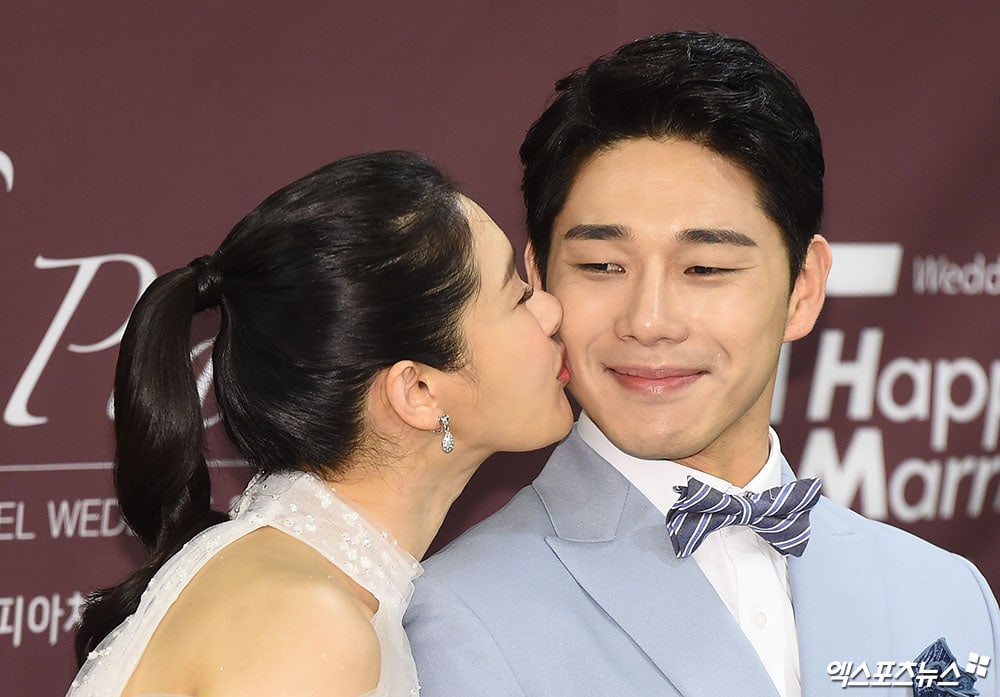 The couple gained a lot of attention when it was revealed that they have an 11-year age gap. “I didn’t think that our age gap would be this big,” said the actress. “We first met at action school. The initial feelings were good, we were drawn to each other because of those feelings, and we became close. I don’t think the age gap is that important if your feelings and energy match and you communicate well.”

Lee Soo Min added, “Since I was at an action school, I knew Sun Woo Sun as a senior actor. I didn’t know her age. When I later got the opportunity to know her, I thought that we were three years apart. Even after I learned of her age, I didn’t really feel an age gap. If I had felt an age gap and felt distant, then we wouldn’t have made it here.”

The two actors also described each other’s first impressions. Sun Woo Sun said, “When I first saw him, he was approaching me from a distance, but he had an aura. I thought he had kind eyes, and it felt like his energy would match well with mine.”

Lee Soo Min revealed, “We first met when she came to the action school to receive training. She was fancy to the point that anyone could tell she was a celebrity. And then I continued to keep my eye on her.”

He continued, “Her lips are more charming than you may think. I completely fell for her after seeing her eyes, but I fell for her lips afterward. You’ll know what I mean when you see her.”

The couple concluded with thoughts on their future. When asked about their family plans, Sun Woo Sun replied, “I want to have [children] as God allows me to. It’s not something that happens because you want it to. I plan to have [children] when I’m given the blessing.”

She added, “In terms of our future plans, I think it’s good to work hard in our own positions. We’ll do our best in life.” 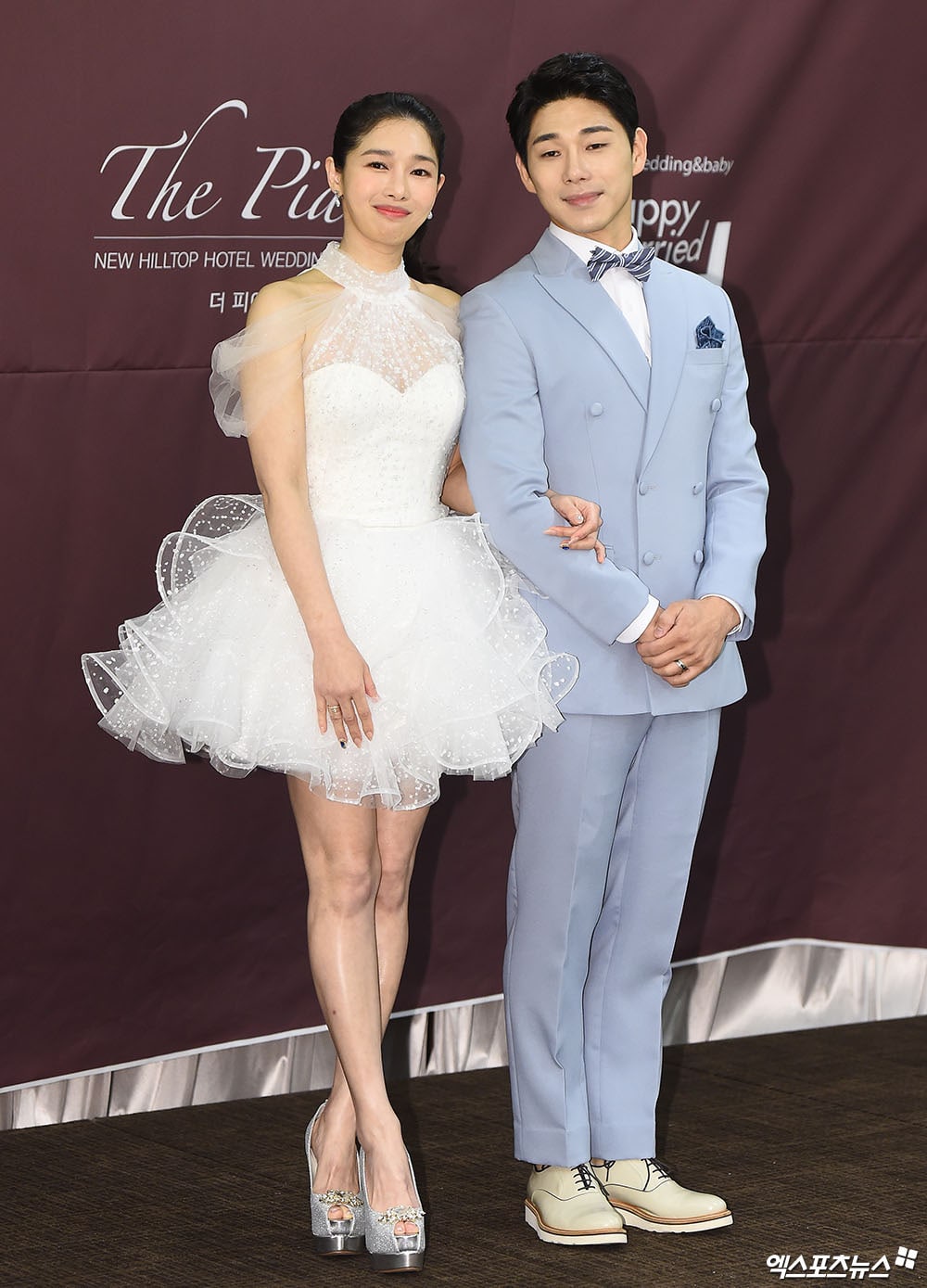 Start watching the actress in “100 Year Legacy” with English subtitles below:

Sun Woo Sun
XPN
How does this article make you feel?