DAY6 Talks About International Fans, Their Dreams, And More

On July 15, DAY6 made a comeback with their new mini album “The Book of Us: Gravity” and its title track “Time of Our Life.” The group sat down for an interview with the press ahead of their comeback, and they talked about their music, world tour, and more.

DAY6 are known as a trustworthy band that always delivers, earning the title of “DAY6 that you trust and listen to.” Young K said, “They started calling us that at some point. At first I wondered, ‘Have we released many songs that are that great?’ and then it seemed like our listeners might be hurt if that trust is broken. We need to work hard so that we don’t break that trust. It’s a source of motivation.”

Young K also shared some insight into the process of their songwriting. He said, “We work on all our songs with the mindset that they’re a title track. After we write a song, if it receives more than 80 points from the company’s internal monitoring committee, then it can be released. ‘Time of Our Life’ passed that process, and that was how we started working on this album.”

Last year, the band spent three months performing their world tour in 24 cities, with 28 shows in total. DAY6 expressed how they feel both gratitude and pressure over such achievements. They’re grateful to have fans all over the world who love their music, while also feeling pressure over satisfying the different musical styles of those fans. However, it’s said that they had a sparkle in their eyes as they talked about the love they’d received from fans at their concerts.

Wonpil said, “We were getting ready for the concert, and the fans were singing outside while they were waiting. Their voices came through the walls. It was a strange feeling, because I felt touched even before the concert. It’s also amazing to see the things that I’d dreamed of before my debut come true before my eyes. I was so grateful that they were singing Korean lyrics even in a faraway country.” 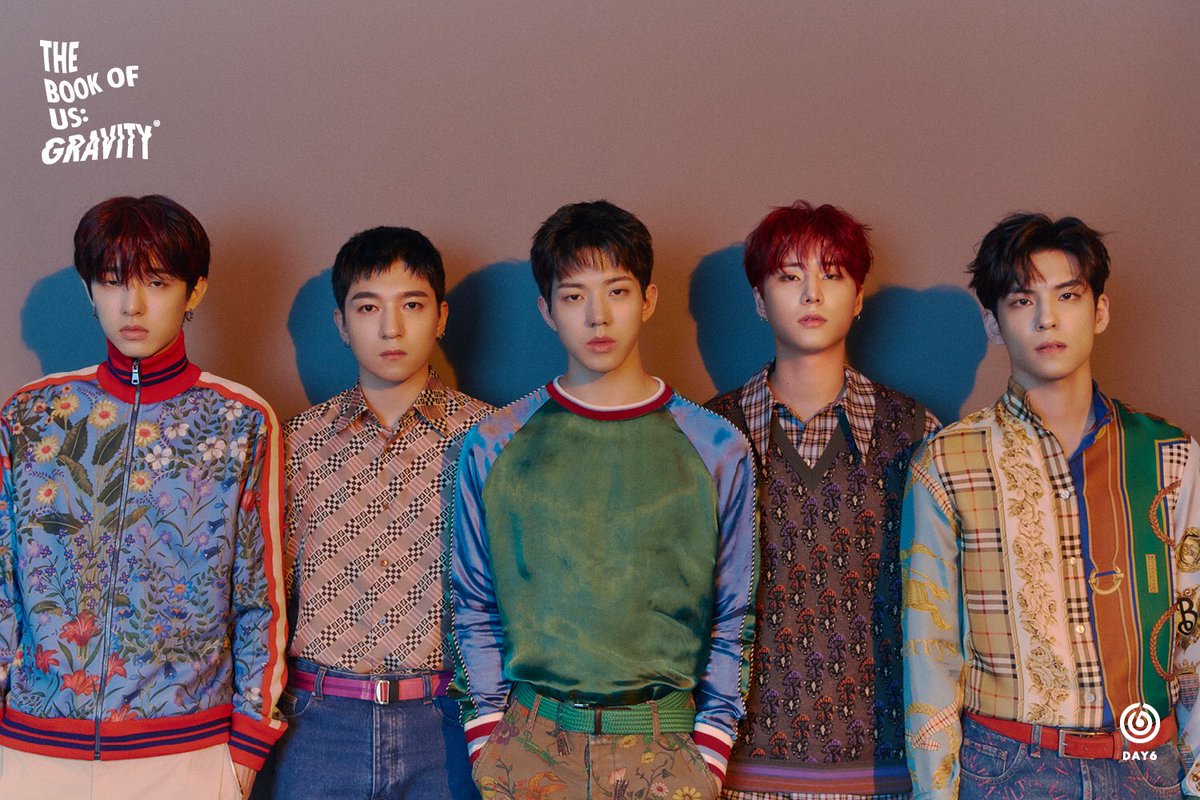 It was mentioned to the band that they’re widening the spectrum of what’s seen as K-pop worldwide by performing as a band rather than a dance performance-focused group. In regard to this, the DAY6 members said, “There are a lot of performance teams within K-pop that’s trending now. We’re happy with just the fact that we’ve entered the K-pop market as a band.”

DAY6 will be heading on another world tour this year starting with their opening shows in Seoul in August, and the tour will include 26 cities in all. Their opening concerts in Seoul will take place at the Jamsil Arena, making the shows their biggest yet in scale.

Sungjin said, “Thankfully, we’re doing a world tour for the second year in a row. I feel both dazed and grateful over all the love we receive from overseas too. I want to visit many countries to play music for a lot of people.”

The band also described how their fans’ own work at promoting them to others is one of the reasons for the increase in size of their concert venues.

Young K said, “I think we’ve been really lucky. We’ve been able to keep doing shows, and many people have acknowledged us. I think the fact that our concert venues have been able to increase in size is due to the people around us, more so than us. Our fans My Day have also been powerful. When I look at their letters, they always say that they brought their friends and family, and then they came again. I think it’s been a big help to have our fans always showing us off. We’ll work harder so that our fans won’t ever feel embarrassed when they show us off.”

When asked about where they’d like to perform in the future, Wonpil described a concert where they could perform outside with the atmosphere of a festival. “I’ve thought that it would be really great if we could try performing outside once, since we all like festival performances and go see them often,” he said. Sungjin added, “The style that we think of ourselves as having is a good match for nature. I think if we did an outdoors concert, it would be a good fit.”

In terms of goals they want to achieve in the future, Wonpil said, “When we started off, we were performing in really small concert venues. We don’t aim for big achievements when we do something. I don’t know for sure because we don’t expect big achievements when we do something, but the thing we’ve hoped for from the start is that even one person can listen to our music and relate to it, or cry with sadness, or smile with happiness. We’re making music and performing with the mindset that we just want there to be one more person like that, so we don’t want to get fixated on that kind of achievement.”

Dowoon said, “Recently I was just having a drink with a friend at Shinchon Station and I heard ‘I Wait’ playing in a chicken restaurant on the first floor. I remember being really amazed and happy to hear our song being played.” Young K added, “I think there are a lot of people who are breaking stereotypes about bands lately. People are showing interest in our team as well, and I’m curious about how bands will be seen by the public in the future.”