A Feast For The Mind And Eyes: 4 Reasons To Watch “The Longest Day In Chang’an”

This C-drama is a gripping historical thriller based on a best-selling novel by award-winning author Ma Bo Yong. The whole drama depicts one single day in the Tang dynasty capital Chang’an (now Xi’an), which is fitting since the title is “The Longest Day in Chang’an.”

It’s Lantern Festival in A.D. 744. Former constable and now prisoner on death row Zhang Xiao Jing (Lei Jia Yin) is freed by the head of Chang’an’s anti-terror department, Li Bi (TF Boys’ Jackson Yee) in order to help with a special mission. A group of Turks have infiltrated the city and plan to wreak havoc. In order to save the people, Zhang Xiao Jing is now tasked to catch the group, and a race against time begins.

Since its premiere on June 27, “The Longest Day in Chang’an” has been getting raving reviews from netizens and critics alike, making it a strong contender for the best Chinese drama of 2019. The drama does so well in every single aspect that it’s actually hard to find something to criticize. “The Longest Day in Chang’an” has raised the bar for future productions immensely high. Let’s delve into the details why.

While the case-solving is the main plotline at first glance, there’s also a second one: the power struggle between the crown prince and the right chancellor. Both plotlines are cleverly intertwined, which makes for a highly complex story.

Nonetheless, one might think no matter how complex the story, depicting one day over 48 episodes would result in a loss of suspense. Quite the opposite seems to be the case though. The big advantage is that there’s enough time to fully flesh out each character – be it the heroes or the enemies – and show them as complex and vulnerable human beings, which makes us even more emotionally invested in the story. And there’s also the ticking clock, which we are constantly reminded of throughout the drama, that helps uphold the thrill.

“The Longest Day in Chang’an” also gives you a lot of material to think about. One the one hand, you try to find clues together with Zhang Xiao Jing and strategize together with Li Bi, and on the other hand, the poetry and philosophy that is woven into the drama make you contemplate your own values and virtues. 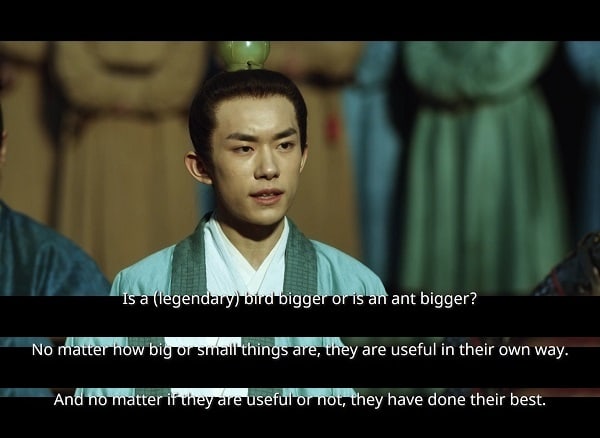 Li Bi discussing the importance of emperor vs. commoners

Next to the storytelling, the acting is equally on point. Lei Jia Yin proves once more that he totally deserves the huge popularity he gained thanks to the sleeper hit “The First Half of My Life” two years ago, and Jackson Yee shows immense acting potential despite his young age. But not only the two main leads impress with excellent performances, every supporting character equally deserves to be praised. It’s evident that the production team made a huge effort to find the perfect actress or actor for every character, no matter how small the role, and it raises the overall quality of the drama even more. 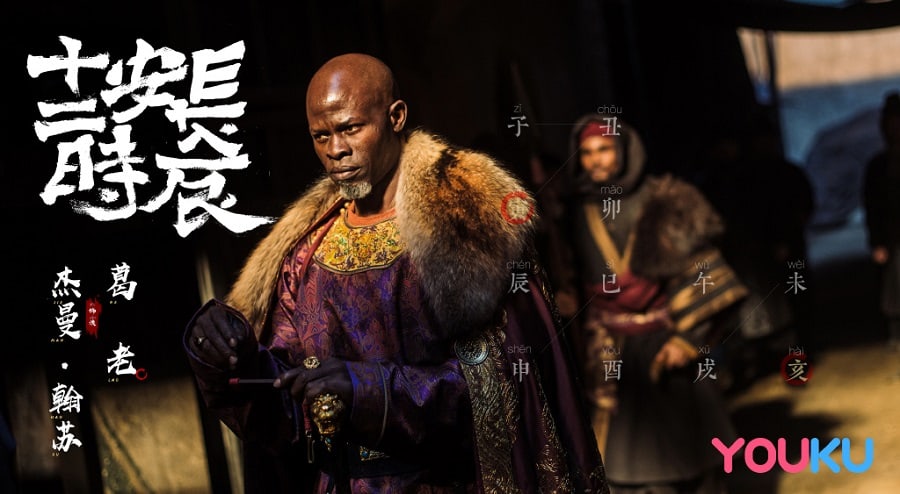 Did you perhaps double-check if you’re really watching a drama and not a movie when you started episode one of “The Longest Day in Chang’an”? You’re definitely not alone. Every single shot is so stunningly beautiful that one could easily be tricked into believing you’re watching a well-crafted movie instead of a 48-episode series. The set, the costumes, the props, the color palettes, the lightning, the angles… everything is impeccably arranged. It’s no overstatement to say that “The Longest Day in Chang’an” is visual perfection.

One important factor that contributes to the stunning aesthetics is the high attention to detail. The drama does not just try to look cool and fancy though. Instead, it tries to be as historically accurate as possible. Immense work went into the research of historical facts in the pre-production phase, and it shows. Even though the story is fictional, the set, the costumes, the hair, and make-up were all made according to what is known about the flourishing city of Chang’an back then. 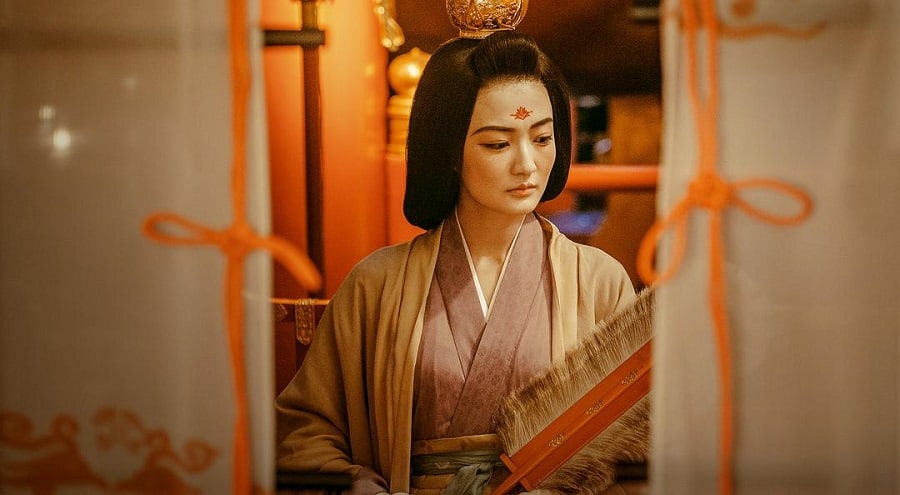 The drama even takes it one step further and also incorporates original Tang dynasty costumes and traditions, such as papermaking and food. Therefore, “The Longest Day of Chang’an” is not only first-class entertainment but also highly educative. It’s no wonder that it already gained the attention of numerous cultural institutions.

Tip 1: I highly recommend to also watch the behind-the-scenes video, which contains short interviews with the production team, to get a better understanding of the drama’s artistic and educational value.

Tip 2: Start watching “The Longest Day in Chang’an” all over again while waiting for the next episodes to come out. I rarely rewatch dramas, but the many details and hidden clues make this series an absolute must-rewatch. You’ll be amazed at how many things you didn’t notice when watching the episodes for the first time.

Start watching the Behind the Scenes video:

Start watching episode one of “The Longest Day in Chang’an”:

Hey Soompiers! Are you watching “The Longest Day in Chang’an”? How do you like it so far? Let us know in the comments below!

Currently watching: “The Longest Day in Chang’an,” “Search: WWW”
All-time favorite dramas: “Ode to Joy,” “Back in Time,” “From Survivor to Healer,” “Children of Nobody,” “My Ahjussi,” “Welcome to Waikiki”
Looking forward to: “Mr. Temporary,” “Doctor John,” “When the Devil Calls Your Name,” “Melting Me Softly“

Soompi Spotlight
Jackson Yee
Lei Jia Yin
The Longest Day in Chang'an
How does this article make you feel?