Ahead of the premiere of MBC’s “Rookie Historian Goo Hae Ryung” this week, the drama has dropped new stills of Shin Se Kyung and ASTRO’s Cha Eun Woo, caught in what looks to be an urgent situation.

The drama is about the romance between an aspiring palace historian named Goo Hae Ryung (played by Shin Se Kyung), who dreams of an equal society, and a lonely prince named Lee Rim (played by Cha Eun Woo), who lives a secret life as a popular romance novelist.

In the new stills, Goo Hae Ryung is having a secret conversation with the owner of a book store. In contrast with her usual confidence and unflappable manner, Goo Hae Ryung looks apprehensive. Meanwhile, the eunuch Sam Bo (played by Sung Ji Ru), who is inseparable with the prince, gestures wildly as he tugs on Lee Rim’s arm, much to the prince’s surprise.

A source from the drama said, “There is just one day remaining until the story of Hae Ryung and Lee Rim is revealed. Please look forward to their story, to be revealed during the first broadcast on July 17.” 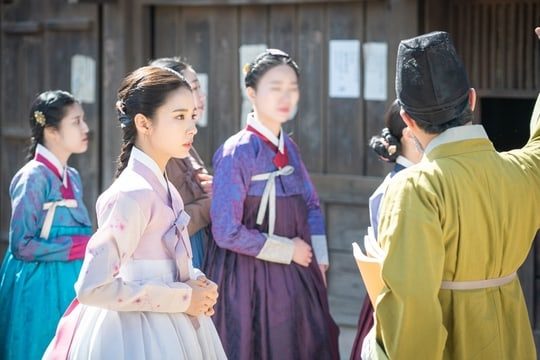 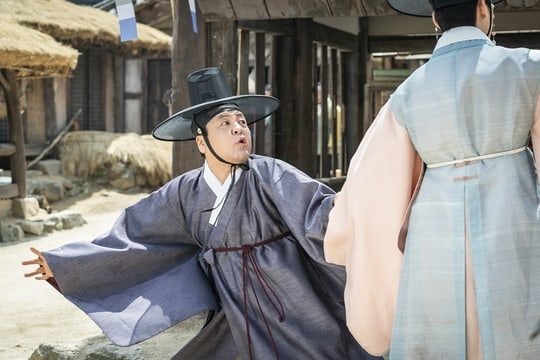 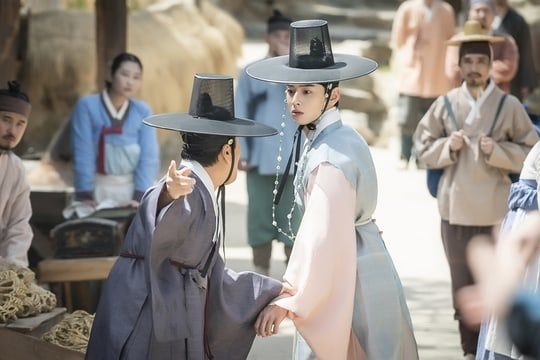