Park Seo Joon and Ahn Sung Ki, the stars of the upcoming film “The Divine Fury,” appeared together on the July 16 broadcast of SBS Power FM’s “Cultwo Show.”

Park Seo Joon plays the role of a champion fighter in the upcoming film. Stressing that the title, saja in Korean, does not mean “lion,” he said, “It means one who has been called by God. My character is someone who has rejected God, but after meeting Father Ahn (played by Ahn Sung Ki), we take a stand against a powerful evil.”

On playing a fighter, Park Seo Joon said, “I played a fighter once in a drama (‘Fight My Way‘), so thanks to that, I was able to prepare for the action in this film in a relatively shorter amount of time.”

Asked if he shows his abs in the movie, Park Seo Joon said, “Those scenes seem to be in everything I’m in. Honestly, it’s a lot a pressure. And it’s not like my muscle starts to show quickly. It’s not easy, but I did my best.” 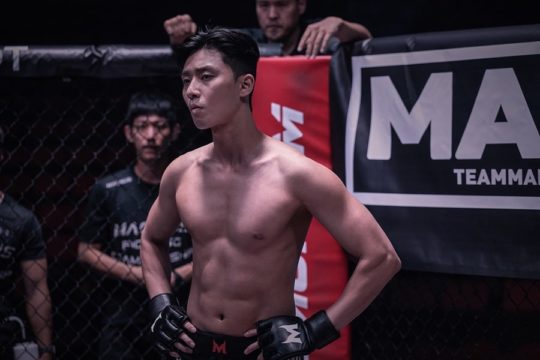 Ahn Sung Ki praised Park Seo Joon, saying he did an incredible amount of action in the film. “Woo Do Hwan, who appears as the incarnation of evil, also leaves a very strong impression. The two of them had a lot of action.” The actor said he had prepared to do some action himself as well, but when he arrived on set, the stunt coordinator just told him to focus on how to fall, and that Park Seo Joon would be doing all the fighting. 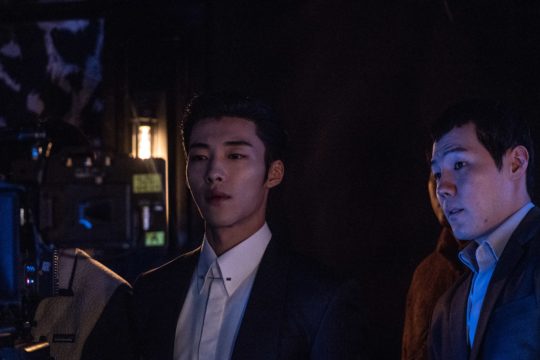 Park Seo Joon expressed his admiration for Ahn Sung Ki, saying, “Ahn Sung Ki (who is celebrating his 62nd anniversary as an actor this year) is a sunbae (senior) to our sunbaes. I was really nervous before meeting him, but he was so kind and welcoming.” Ahn Sung Ki also said of Park Seo Joon, “If you see Seo Joon on set and he’s not doing anything, he seems cold and scary. But then he cracks a smile, and he isn’t. He’s really fun. He has a childlike innocence.”

The veteran actor added that he can be out and about in public with no problems at all. “I hope that after ‘The Divine Fury’ is released, it’ll be a little bit more uncomfortable for me in public. It’s a small dream of mine.”

Park Seo Joon and Ahn Sung Ki then made a promise that if their film tops real-time search results, they would return to the show as special DJs. 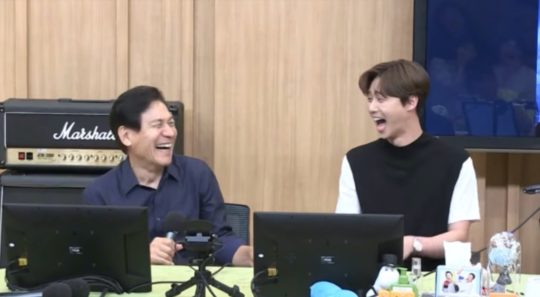