U-KISS’s Jun On The Difficulty Of Preparing For His Role In “Mr. Temporary”

July 16, during the press conference for OCN’s upcoming Wednesday-Thursday drama “Mr. Temporary,” starring Yoon Kyun Sang and Geum Sae Rok, U-KISS’s Jun talked about how he prepared for his character.

Jun plays Yoo Beom Jin, a student at Chun Myung High School in the drama. He said, “I hear often that I look very mature, so I thought I would never be able to wear a school uniform again, but I was thankfully given this opportunity.”

Jun, who also played a student in the drama “Avengers Social Club,” said his character Beom Jin in “Mr. Temporary” is smarter than his previous student character.

“It was difficult preparing how to look smart. Including knowing legal jargon, Beom Jin was a lot smarter than I had expected. Reading the script, I had to also study, because I had to know the meaning of what I was saying. That was different from ‘Avengers Social Club,’ and it’s also different from me.” 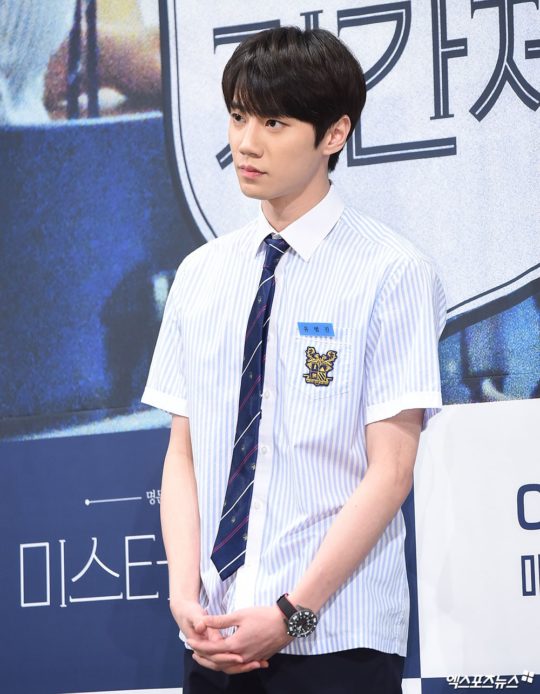 “Mr. Temporary” is a thriller about a selfish lawyer who infiltrates an elite high school as a temporary instructor in order to discover the truth behind a mysterious murder.

The drama premieres on July 17 at 11 p.m. KST and will be available on Viki.

U-KISS
XPN
Jun (U-KISS)
Mr. Temporary
How does this article make you feel?