“Rookie Historian Goo Hae Ryung” stars Cha Eun Woo as Yi Rim, a lonely prince who lives confined to his palace, but is secretly a popular romance novel writer. After he meets female historian Goo Hae Ryung (played by Shin Se Kyung), he learns of both love and life outside the palace.

In the behind-the-scenes photos released on July 17, Cha Eun Woo glows in both his light blue and purple hanboks (traditional Korean clothing) that match him perfectly. In some photos, he makes eye contact and flashes his trademark smile, but he also looks focused in other photos as the cameras start rolling. 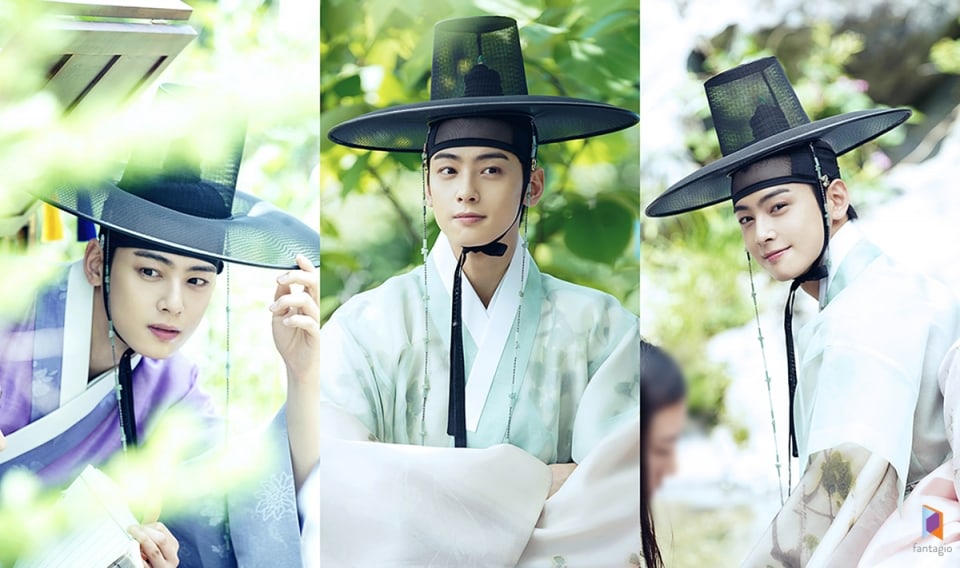 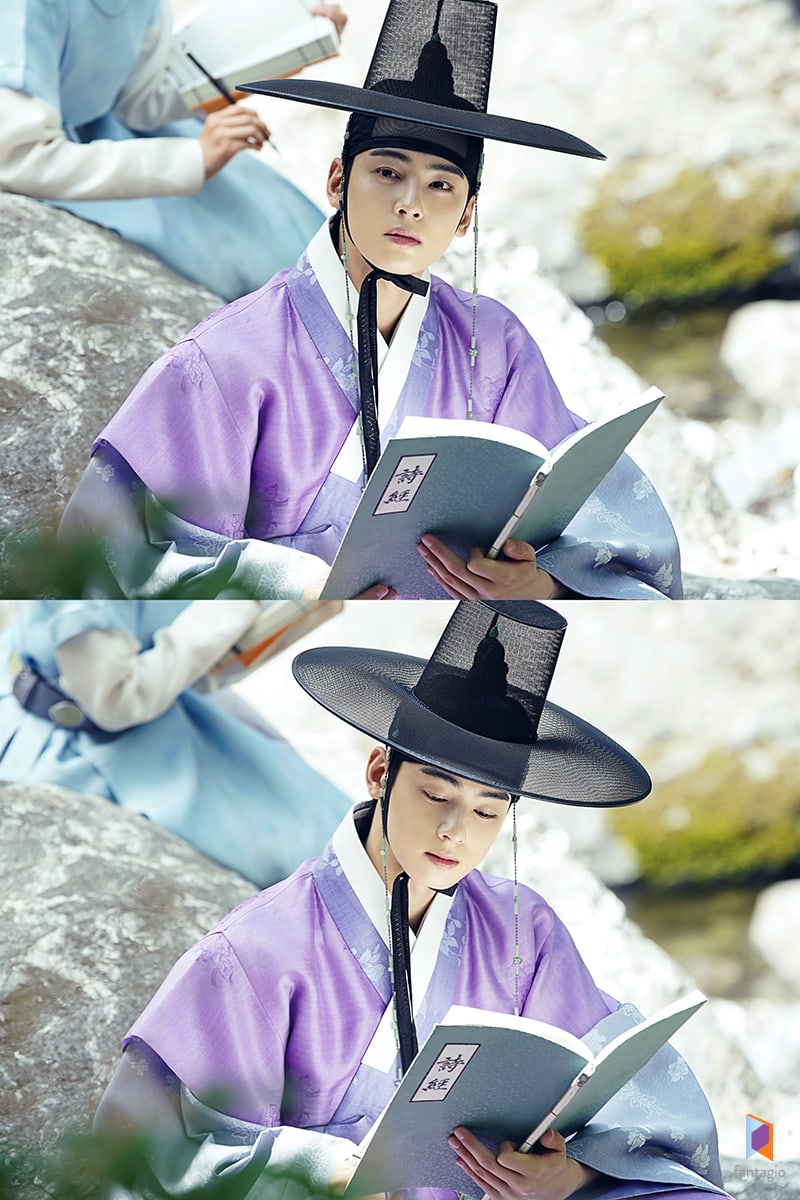 As seen in the official posters, Cha Eun Woo’s refreshing look fits with the drama that appears to often film outdoors. Despite the summer heat, he shows no sign of exhaustion and is said to keep the mood on set lively.

After most recently appearing in JTBC’s “My ID is Gangnam Beauty” as chic Do Kyung Suk, Cha Eun Woo’s return to the small screen as bright and charming prince Yi Rim is raising lots of expectations.

Watch Cha Eun Woo in “My ID is Gangnam Beauty” with English subtitles below!