Jo Jung Suk And Girls’ Generation’s YoonA Talk About Relying On Each Other While Filming “E.X.I.T”

Jo Jung Suk and Girls’ Generation’s YoonA spoke about working together in their upcoming film “E.X.I.T.”

The action movie is about an unemployed man named Yong Nam (played by Jo Jung Suk) and his fellow college rock climbing club member Eui Joo (played by YoonA) as they try to escape a city poisoned by mysterious toxic gas.

On July 17, the actors joined Park In Hwan, Kim Ji Young, and director Lee Sang Geun at a press conference at the CGV Yongsan iPark Mall in Seoul.

Unlike other disaster films, “E.X.I.T” depicts a situation that could happen in real life. “While watching the film, I thought, ‘I ran like that, flew like that, and jumped high like that’ and remembered each moment,” said Jo Jung Suk with a laugh. “Although they weren’t emotional scenes, I became overwhelmed with emotions. I feel really satisfied.”

YoonA stated, “Eui Joo doesn’t get tired due to her physical endurance, so I exercised and learned climbing before filming. I also prepared by attending action school. Reading the script, I wondered if it would be physically tiring, but I was able to gather strength thanks to the energy everyone gave me on set. This is why it was possible to create a character like Eui Joo, who is nothing short of a track-and-field athlete.” 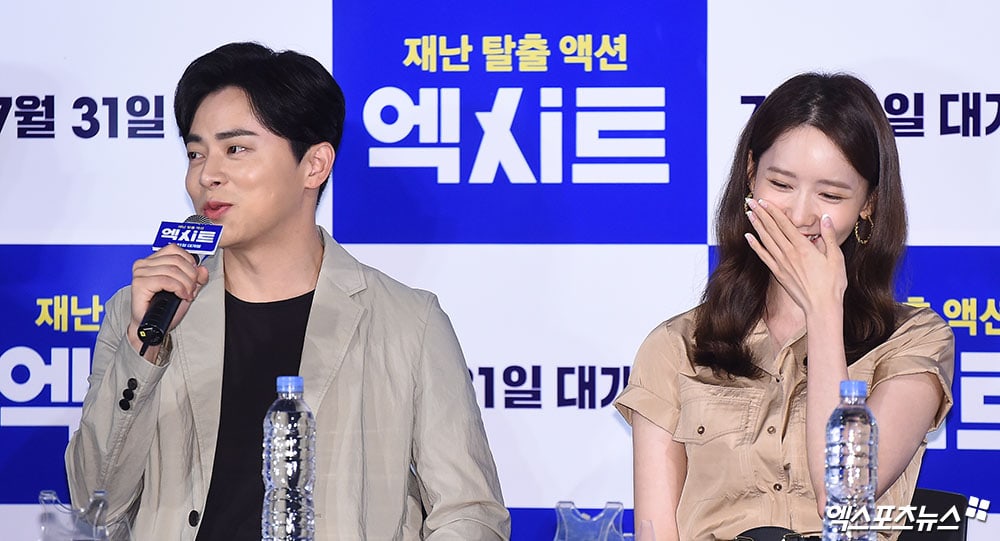 Jo Jung Suk and YoonA worked hard to complete many action scenes on their own, such as skydiving and climbing with bare hands as they tried to avoid toxic gas. The actor explained, “I learned climbing before shooting began and used [my knowledge] while shooting. Athlete Kim Ja Bi helped me a lot. Although there were many moments where I felt lonely, I was able to successfully complete filming.”

“There were a lot of running scenes in our film,” revealed Jo Jung Suk. “Thinking back on how much I focused even while running for one scene, I think I was able to run well thanks to YoonA. You’ll know what I mean when you run with YoonA, but she’s really fast. There are different records for female and male track-and-field athletes. She ran so well to the point where I asked her how fast she can do a 100-meter (approximately 328 feet) dash. I think she has good athletic skills because she’s a good dancer.”

YoonA explained, “There were some difficult parts while running. I have experience with wirework in action scenes from performing, but there were times when I thought that I wouldn’t be able to walk after running for some time.”

The Girls’ Generation member also shared her thoughts on leading a film. “It’s my first time appearing as a lead in a film like this,” said YoonA. “No matter what project I do, I always think, ‘I just have to do a good job.’ Since I’m working with a great staff and great actors, I thought more about doing a good job of getting along well with everyone rather than [feeling] pressure as a lead.”

Expressing gratitude for her co-star, she added with a thumbs-up, “I think my character Eui Joo was able to appear more charming because of Yong Nam, so I want to say thank you [to Jo Jung Suk] once again. There were many difficult scenes where we ran and hung onto things. He always comforted me and was a source of strength during those times, so I was also able to gain energy. I said that he was the best partner, and I feel the same after watching the film.” 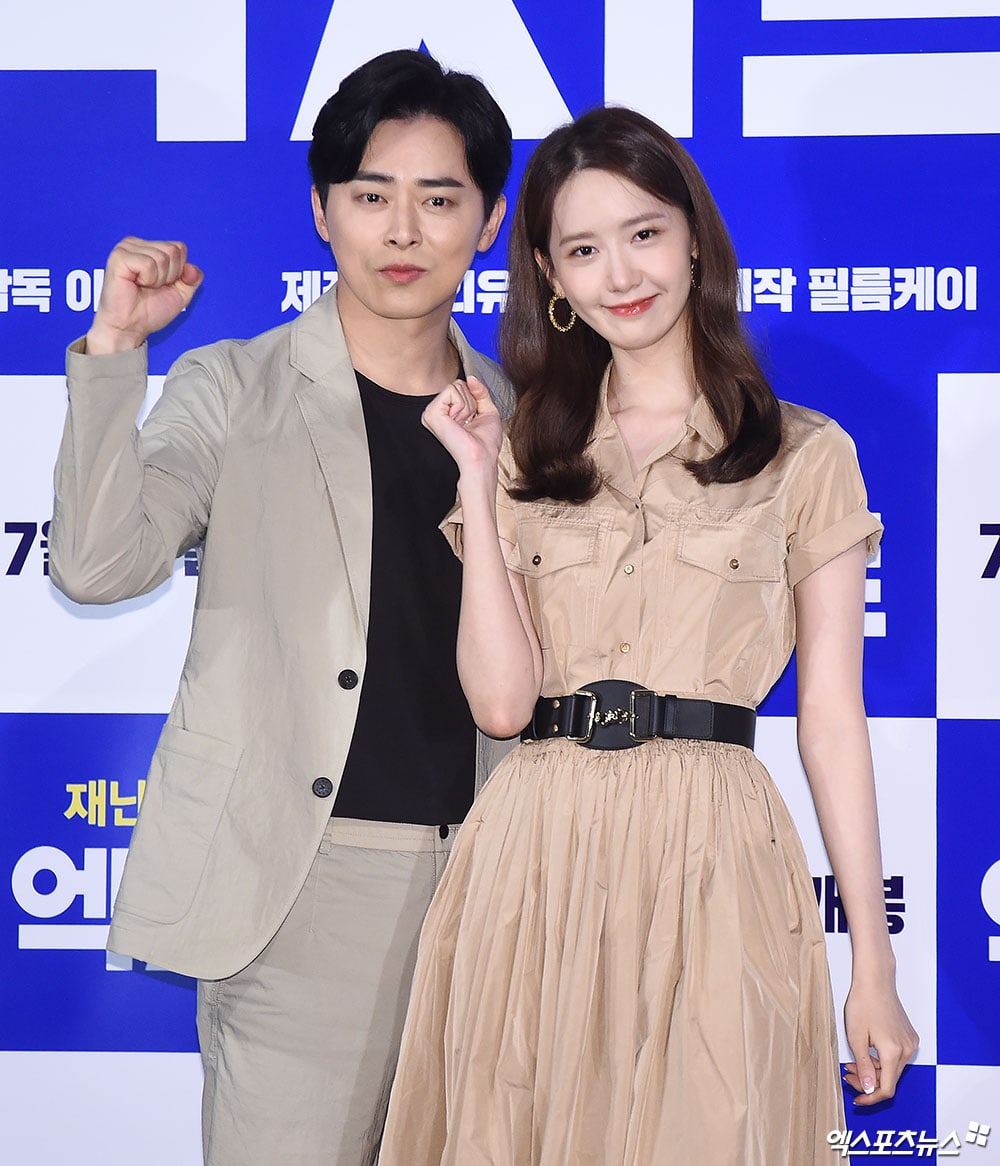