A teaser poster has been released for “Strangers from Hell.”

This upcoming OCN thriller is about aspiring writer and actor Yoon Jong Woo (played by Im Siwan) who lives in a strange dorm in Seoul and the strange, terrible events that occur inside of the building due to other residents. It’ll be the second series that’ll air in a combined format of a film and a drama, and many film staff members will join the project for the sharpened directing of a film and the dense story of a drama.

On July 18, the drama released a teaser poster of Im Siwan standing alone in the dark hallway of a dorm. The dorm is so dark that it’s impossible to see the end of the hallway, and the dim lights coming out of each room add to the eerie atmosphere. Who lives in the room with the one open door? Who is behind each of these rooms? What is happening in this strange dorm?

The poster also has the words, “Where is your hell?” which match the spooky vibes of the poster. Although each room is separated, there are common spaces such as the kitchen, bathroom, and hallway. What kind of hell will these people present to Yoon Jong Woo in this place where it’s impossible not to run into others? 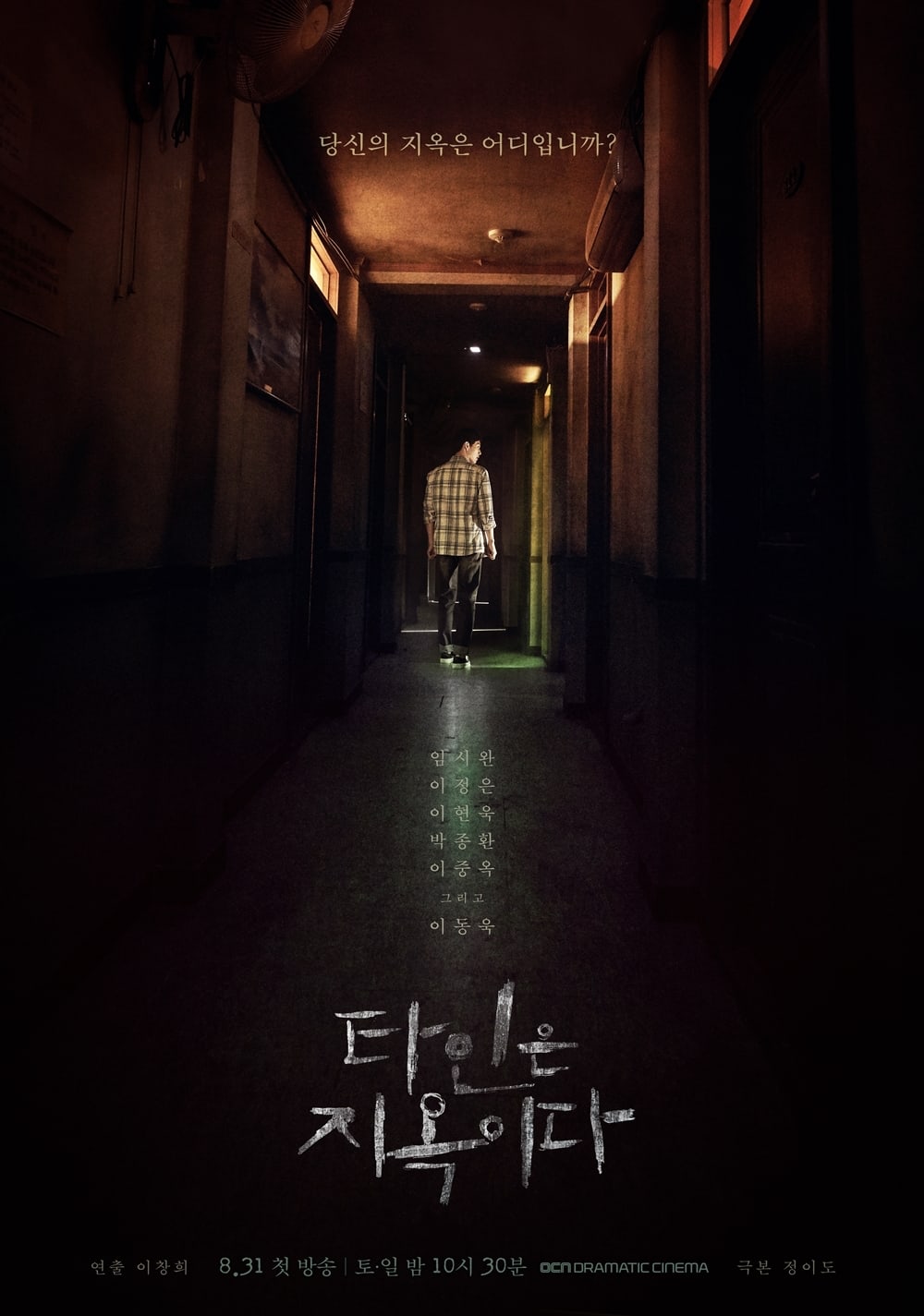 A source from the drama said, “The teaser poster arouses curiosity about the story in the confined space of the dorm, and has the message that we should think about whether or not we’re all living as each other’s hell in a reality where everyone is a stranger to each other. The actors and staff are all currently filming with a united heart to show everyone a high-quality project. Please look forward to it.”

“Strangers from Hell” is based on a popular webtoon of the same name that recorded 800 million views. It was awarded Best Picture at the 10th Mise-en-scène Short Film Festival for the film “A Hideout.” Director Lee Chang Hee, who received praise from critics and audiences for the film “The Vanished,” and writer Jung Yi Do, who recreated the webtoon “Save Me” as a suspenseful drama, will be working together to create this series.

“Strangers from Hell” premieres on August 31 at 10:30 p.m. KST as the follow-up to “Watcher.” Check out the teaser here.

In the meantime, catch the latest episodes of “Watcher” here: