JTBC’s upcoming drama “Melo Is My Nature” has shared a cute glimpse of the chemistry between stars Gong Myung and Han Ji Eun!

“Melo Is My Nature” is a new romantic comedy that follows three women in their thirties as they attempt to navigate dating and the struggles of their daily lives. Han Ji Eun will star in the drama as Hwang Han Joo, a single mother who works as a marketing director at a drama production company.

On July 19, the drama released a new teaser that kicks off with Hwang Han Joo struggling to feed her young son. When she asks him why he’s refusing to eat, he replies bluntly, “I don’t want to become like you, Mom.” Hwang Han Joo then turns to her roommate Im Jin Joo (played by Chun Woo Hee) and wistfully reminisces about how popular she was back in her school days.

A flashback from Hwang Han Joo’s younger years shows countless male students lining up just for the chance to play badminton with her—as well as an enraptured group of boys crowding around her to ask her questions like “When’s your birthday?”

In the end, the young Hwang Han Joo is won over by an eccentric guy who makes her laugh, but the man of her dreams breaks her heart by leaving her when their child is still a baby. Hwang Han Joo looks shell-shocked as she repeats in voice-over, “You want to get a divorce in order to find happiness?” The next scene shows the young mother bursting into tears over a glass of soju, with the caption taunting, “What do any of you know about what it’s like to raise a child?” 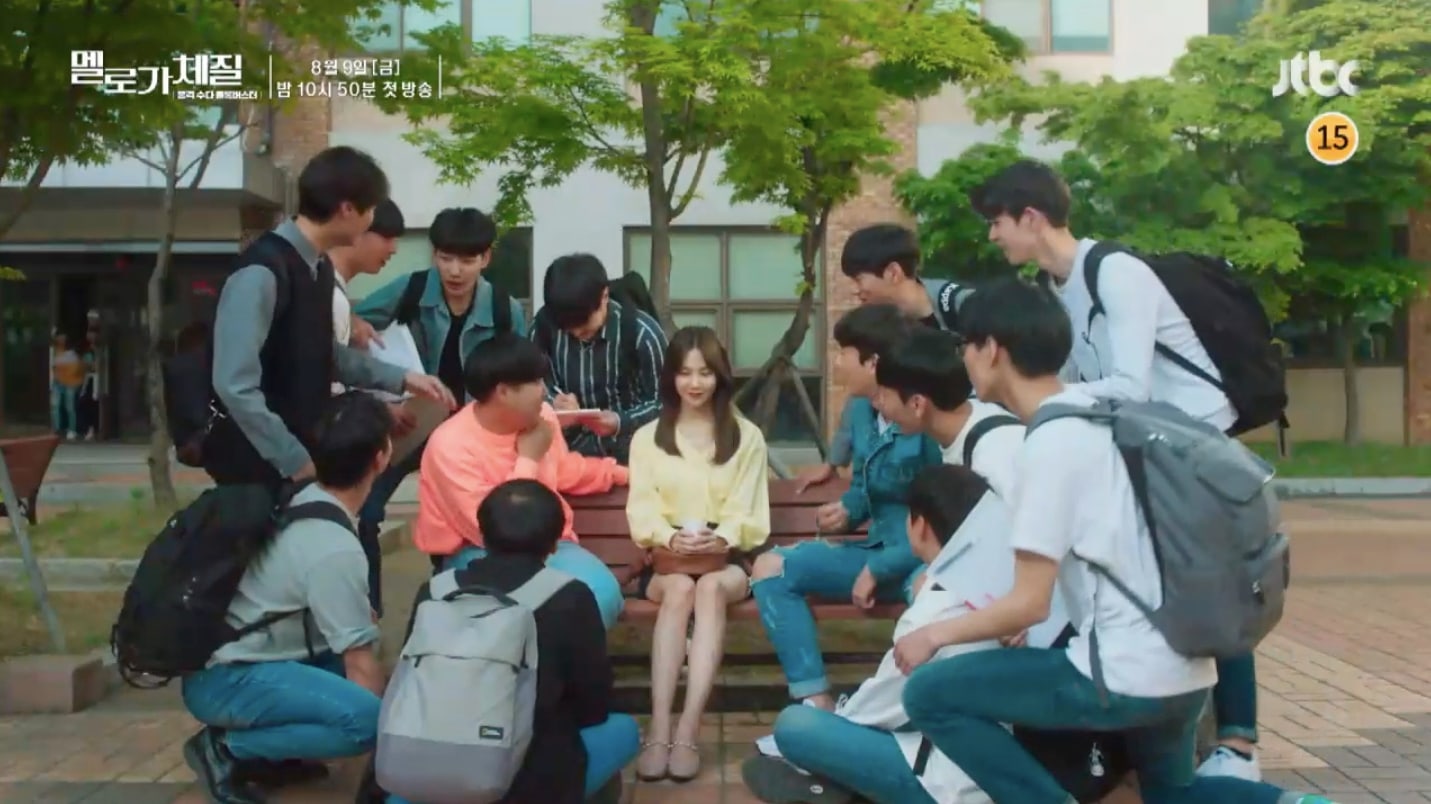 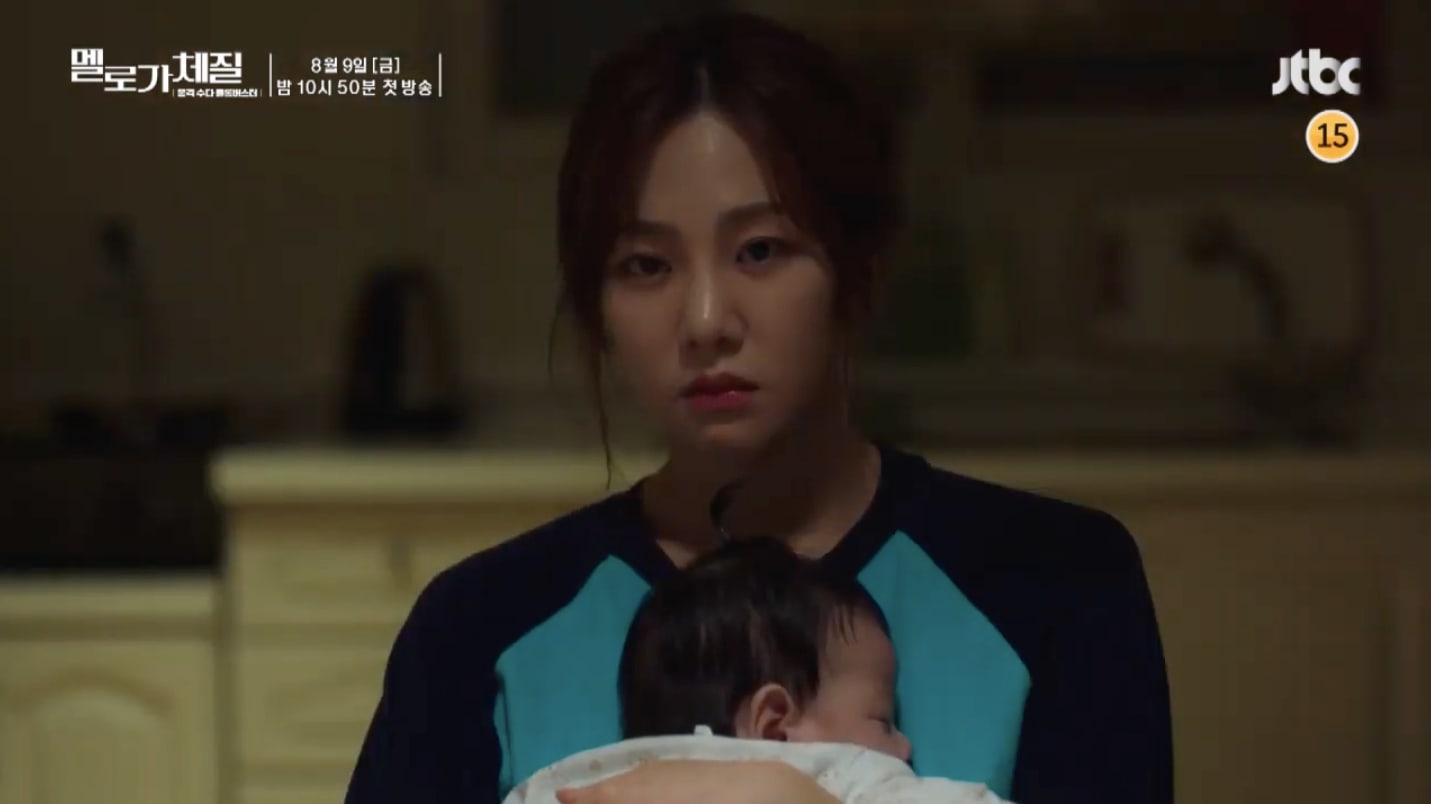 However, the busy and stressed-out Hwang Han Joo’s life changes when she crosses paths with an enthusiastic rookie employee who joins her marketing team. In an emergency situation where she urgently needs to find fried chicken for product placement in a drama, the bright-eyed and bushy-tailed Choo Jae Hoon (played by Gong Myung) comes to the rescue. After introducing himself, he eagerly declares that he’ll fry the chicken twice to make it as crispy as possible—only to have Hwang Han Joo interrupt him by frantically yelling, “Just take it out now!”

The ensuing scenes then show Hwang Han Joo and Choo Jae Hoon growing closer and having fun as they work together, with Choo Jae Hoon saying in voice-over, “Thank you for making it possible for me to enjoy working.” Hwang Han Joo replies with a laugh, “I should be the one saying that to you.” At the end of the teaser, the two co-workers share a drink together, and an inebriated Choo Jae Hoon confesses, “I wanted to do a good job. So that I could make you smile.”

The very last scene of the clip features Gong Myung’s character making a playful reference to the actor’s record-breaking hit film “Extreme Job,” which followed a squad of detectives who go undercover and set up a fried chicken restaurant as a front for their investigations. “I used to work as a kitchen assistant at a chicken restaurant,” he says, with Hwang Han Joo replying, “Oh, so that’s why you were so good at frying chicken.”

“Melo Is My Nature” premieres on August 9 at 10:50 p.m. KST and will be available with English subtitles on Viki. In the meantime, check out the new teaser below!

Gong Myung
Chun Woo Hee
Han Ji Eun
Melo Is My Nature
How does this article make you feel?