Ahead of the “Produce X 101” finale, the final round of voting has closed for Soompi’s International Prediction Polls!

While viewers outside of Korea were unable to officially cast their votes for “Produce X 101,” our polls allowed international fans to express support for their favorite contestants.

As will be done for the actual “Produce X 101” finale, the lineup consists of the top 10 based on the final round votes and one final member who makes the group as “X.” Out of the trainees who are not voted in the top 10 of the final round, the trainee with the highest number of accumulated votes over the four rounds is the “X.”

Here are the top 10 according to the final round results for the International Prediction Polls: 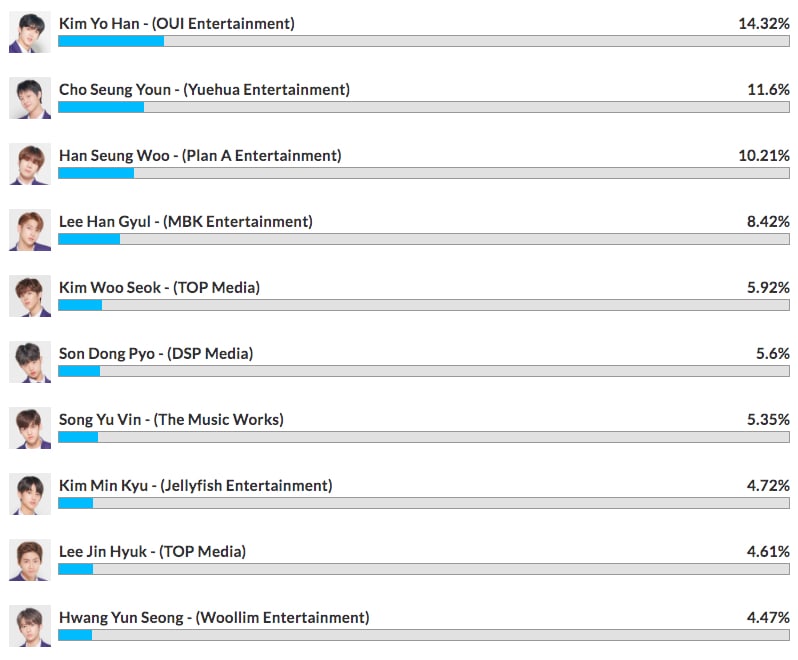 Of the other 10 remaining contestants, these are the top four in terms of number of accumulated votes who were contenders for “X”: 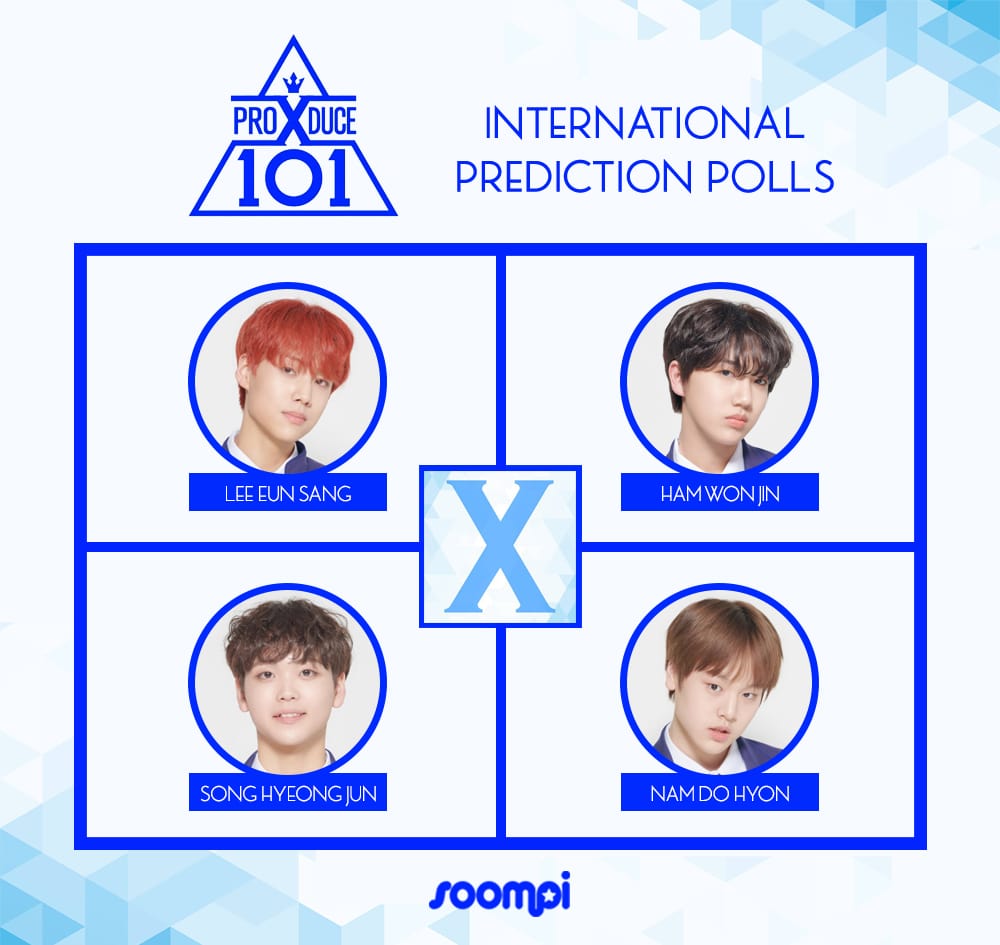 And the final dream lineup voted for by international fans is… 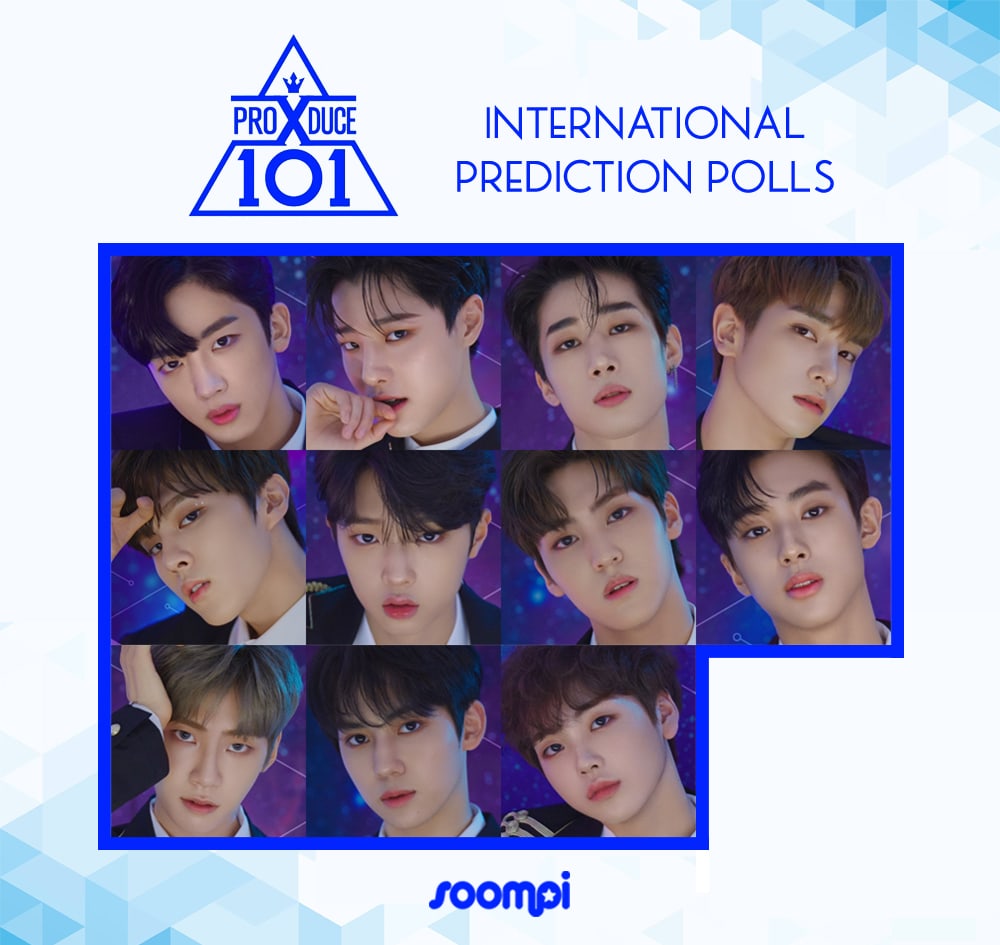 Soompi Spotlight
Produce X 101
How does this article make you feel?