On the July 19 episode of “Night of Hate Comments,” Sulli mentioned how a rumor began that she was pregnant.

She said, “I was really hurt by someone.” Sulli explained, “I was very ill so I went to the hospital. I received a full checkup but they couldn’t find the cause.”

“They said, ‘The only thing left is an obstetrics and gynecology examination, do you want to do it?’ so I received the examination,” she continued. “The rumor started when I was seen going to receive it.”

“A staff member at the hospital took a photo of my chart and leaked it,” she said. “There have been a lot of times where that kind of thing has happened at a hospital. They do not protect your privacy.” 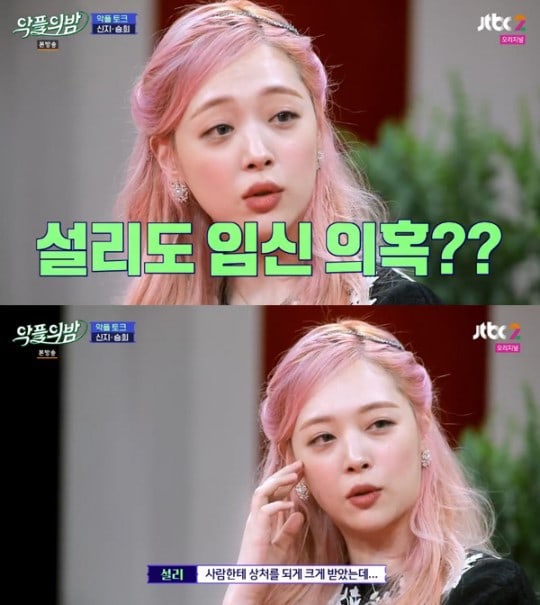