On July 19, the actor appeared as a guest on SBS Power FM’s “Park Sun Young’s CineTown,” where he chatted about his upcoming film “The Divine Fury.”

During the show, the DJ asked Park Seo Joon for song requests, and the actor picked BTS’s recent B-side “Jamais Vu”—one of the tracks from their latest mini album “Map of the Soul: Persona.”

Bringing up his close friend and former “Hwarang” co-star V, Park Seo Joon remarked, “[V] is a world star, but he’s also a younger friend that I like a lot. ‘Jamais Vu’ is my favorite of [BTS’s] B-sides.”

As for Park Hyung Sik, who also starred in “Hwarang” and is close friends with both Park Seo Joon and V, the DJ asked whether they’d been in touch since the younger actor’s military enlistment last month. “I didn’t get to call him, but I texted him,” said Park Seo Joon. “I think I’ll be visiting him in the military.”

Park Seo Joon went on to talk about his group chat with V, Park Hyung Sik, and Choi Woo Shik. “They’re the friends I talk to most about my worries and problems,” he shared. He then revealed that the group chat was especially lively because of his friends’ talkative personalities, explaining, “Choi Woo Shik, Park Hyung Sik, and V are all chatterboxes.” 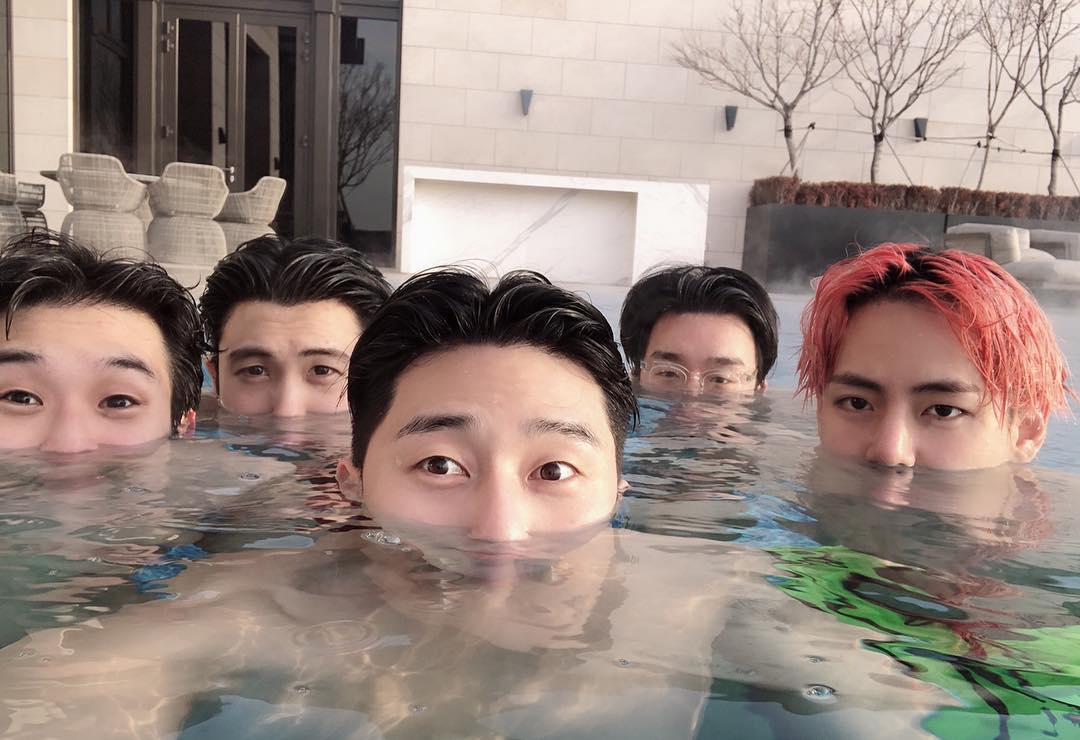 Do you agree with Park Seo Joon’s pick for his favorite BTS B-side? Share your thoughts below!