The images of the kiss scene raise anticipation for the upcoming episode, especially since Goo Chan Sung (played by Yeo Jin Goo) told Jang Man Wol (played by IU), “I really, extremely, think of you” in the latest broadcast. 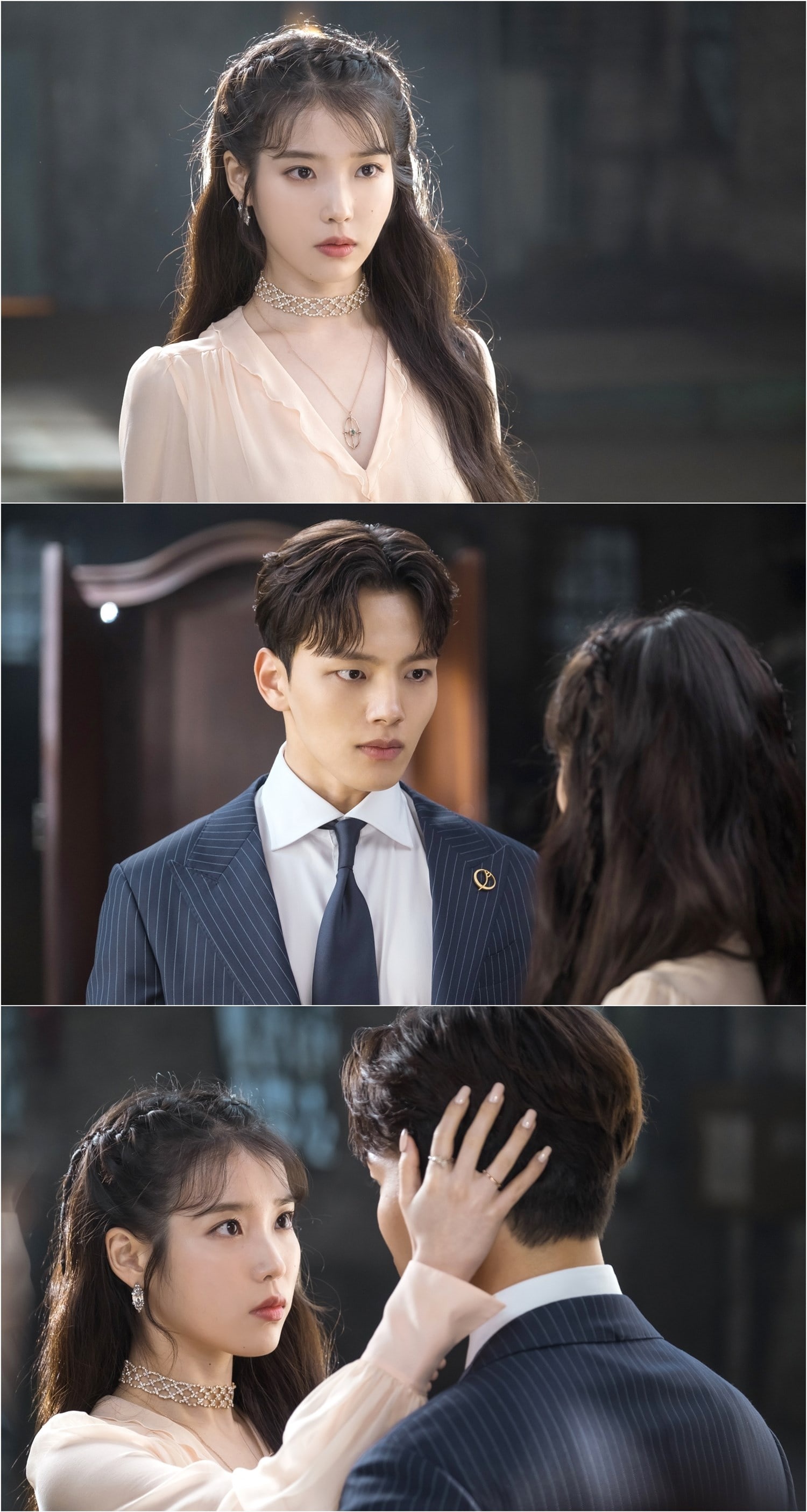 This scene was first revealed through a highlight video prior to the show’s premiere and brought about lots of online buzz. What led to the kiss and whether a romance will blossom between the two are yet to be revealed.

The chemistry between the two lead roles result from IU and Yeo Jin Goo’s synergy in acting, as the actors previously shared that they were learning a lot from each other while filming.

The drama’s producers explained, “IU and Yeo Jin Goo’s cheerful and optimistic energy makes the people around them happy as well, and we’re always filming amidst a bright [atmosphere] thanks to their chemistry. Starting from episode 4, airing today (July 21 KST), the way Man Wol and Chan Sung look at one another will change. At the same time, many interesting stories of the things that happen at Hotel Del Luna will be shown as well. Please look forward to the ‘horromance’ between the two as they listen to the stories of the hotel’s ghosts and advance their relationship.”

While you wait for the upcoming episode on July 21 at 9 p.m. KST, watch the latest episode below with English subtitles!